A new virtual service introduced by the Halton Multicultural Council addresses a not too obvious need of many newcomers to Canada: creating awareness of the role of emergency services. Lack of understanding in this area can act as a major stress factor for new Canadians, especially those with traumatic experiences of encounters with the police in their home countries.

Sahar (name changed to protect her identity) came to Canada from Kazakhstan, seeking asylum. One morning, she woke up to find a strange well-built man with long dishevelled hair standing outside her apartment in Milton, Ont., and pointing fingers at her window. Not knowing what to do, she panicked and nervously dialled 911.

Sahar didn’t exactly know the difference between situations warranting immediate attention and less grave ones at the time. The emergency dispatcher explained it and redirected her to the non-emergency line to report the stranger. She felt embarrassed to have abused the 911 service unintentionally. As advised, she now reported the incident to the non-emergency number.

The man had fled the area by then, but Sahar felt wiser with the added knowledge of the local police. She also felt safer after the non-emergency call taker assured her of further help.

Knowing when to call 911

In an attempt to bridge this apparent gap in knowledge, the Halton Multicultural Council, an Ontario-based settlement agency with offices in Oakville, Burlington and Milton, now shares a set of multilingual educational videos on emergency services with newcomers in Halton.

The videos are designed for new Canadians for whom English is not the first language and who cannot attend in-person information sessions.

“This new virtual content is the latest addition to our service delivery model. These videos will play a key role in educating and informing newcomers about the role of emergency services in the region,” Hanadi Al-Masri, director of Social Innovations and Enterprises of the Halton Multicultural Council, confirmed.

Sahar’s story illustrates one other issue that many newcomers to Canada face upon arrival. It’s not just about knowing when to call 911; it’s also about having the courage to do so when needed and overcoming the fear and mistrust of forces like the police.

Sahar’s experience with the dispatcher, who attended to her with patience and kindness despite cultural and language barriers, stood in stark contrast to Sahar’s traumatic encounters with emergency services in Kazakhstan.

Mustering the courage to call 911

Many newcomers like Sahar come to Canada from countries where the experiences with emergency services are very different. The police in many of those countries commit various human rights violations including beatings, racial abuse, unlawful killings, torture, or indiscriminate use of riot control agents at protests.

In the Philippines, one of the top three source countries of immigration to Canada in the past few years, the official tally of police killings in the ongoing war on drugs under President Rodrigo Duterte is 6,117, but according to human rights organizations cited by the Economist, thousands more people may have been killed.

In Sahar’s native Kazakhstan, the human rights record of the authorities and law enforcement officers is also deplorable. To name one area of concern, violence against women and girls remains a serious problem, and domestic violence is not criminalized, according to a 2020 report by Human Rights Watch.

“Kazakhstan’s judiciary and legislation do not provide sufficient protection to victims, while police and service providers lack sufficient training to identify, prevent, and adequately respond to domestic violence,” reads the report.

As a result, new immigrants often feel anxious about calling the police or other emergency services. Sanaya, a refugee claimant from Pakistan who arrived in Toronto in 2018, shared a similar sentiment.

“I had had such traumatic experience with the police force in Pakistan that I never mustered the courage to dial 911 when I first landed here,” Sanaya (name changed to protect her identity) said.

“The police in my homeland would refuse to take any complaint because I am a woman. I am amazed to see how friendly and involved the police are with the community here. They also visit my son’s school and regularly share information on the latest crime trends,” she added.

Pakistan is known for its “culture of police torture,” extrajudicial executions, and other serious human rights violations by the police.

The videos offered by the Halton Multicultural Council were made in collaboration with the Halton Regional Police Service, Regional Fire Departments and Halton Region Paramedic Services. When creating the content, the organization consulted several newcomers to capture their evolving needs.

The series was initially introduced in June 2021 as the virtual component of the Emergency Services Introduction for New Canadians. The program is a diversity initiative launched by Halton police in 2006 to create awareness about emergency services operations, ways to access them, and the current crime patterns.

The themes of these educational videos include alcohol and cannabis use, internet safety, mental health response and support, identity theft, and introductions to fire and paramedic services in Halton. Each video is available with subtitles in multiple languages such as Arabic, Chinese, French, Spanish, and Urdu.

Many settlement agencies have increasingly identified the need to educate newcomers regarding the role of emergency services because of cultural barriers.

“We continue to offer workshops on several topics, including emergency services, throughout the year,” said Jagdeep Kailey, manager of settlement services at the Peel Multicultural Council.

“Last year, we had to adapt to the challenges of the global pandemic. About six virtual workshops have been organized in collaboration with Peel police diversity group and fire department so far to educate the newcomers about emergency services,” Kailey stated.

Sahar, who recently landed a job to wait restaurant tables after ten months of unemployment, agrees that attending in-person sessions when one is struggling to sort out the basics like housing, school and employment gets challenging.

“Wish these videos on crimes and emergency services were available when I arrived,” she said. “Perhaps I could have avoided so many moments of embarrassment and anxiety, trying to figure out how to reach the police or the paramedics.” 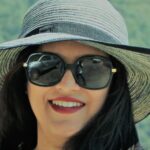 Don’t Hold Your Breath: Thoughts on the Derek Chauvin Trial