Arup Ghosh, a resident of Mississauga, shudders recalling his mother’s close call with a fire tragedy in 2019 after performing religious rituals with lit incense in their house.

The extent of damage from the fire could have been much worse had he not entered the room by fluke.

“My mom thought she had fully put out the lit incense after her prayers, which unfortunately wasn’t the case,” Ghosh recalls, adding that the hardwood floor had caught fire from the glowing embers at the incense stick’s tip.

“None of us outside the room had any clue of the fire.”

When he detected a burning smell and rushed to the prayer room, he noticed smoke and part of the floor in flames. He immediately used water to douse the fire and managed to open all the windows to let out the accumulating carbon monoxide.

Ghosh states that lighting incense during prayers is a common religious practice in India, his country of origin. Unfortunately, his parents never received any targeted fire education service from Emergency services or the settlement agencies when they came to Canada in 2015.

With the recent fire tragedies in the Greater Toronto Area (GTA) such as the house fire that killed three children, and the death of a family of five (both in Brampton), to the fire incident in Scarborough that severely injured a man — conversations regarding the cultural habits that may pose fire hazards have resurfaced, according to experts.

In fact, the investigating officials discovered that the house the  Brampton family of five lived in, did not have a working smoke alarm. According to a report in Sudbury.com, the fire prevention officers did not find working smoke alarms in some of the homes nearby as well.

In an attempt to bridge the gap in understanding the local protocols, most fire services now have introduced standardized fire safety education services to instill awareness among multicultural households across the GTA, known for its diverse cultural mosaic.

However, experts working with newcomers and immigrants believe that training fire officers in cultural practices that could pose fire risks and that are prevalent across diverse communities is a prerequisite to minimizing disasters.

“Without culture-training of our fire officers, building a preventive strategy and roadmap can’t be effective,” Hanadi Almasri, HMC Connections’ director of social innovations and enterprises, says.

Halton Multicultural Council (HMC Connections), a leading settlement agency in the GTA, consulted leaders of diverse communities in the Halton region before COVID-19, learning about numerous cultural practices that pose risks of fires. Some of these included:

Almasri says conversations regarding the cultural habits that may pose fire hazards begin every time a fire incident makes news nearby.

“Fire officers need to recognize the diversity of our towns and develop that cultural lens to understand how multicultural households operate to effectively engage and empower all residents with important fire safety education.”

According to the Ontario government’s projection, the GTA will be the fastest-growing region in the province, with its population increasing by 40.9 per cent in the next 24 years and it is a no-brainer that the Toronto region, one of the most multicultural and multiracial cities in the world, remains the most popular immigrant gateway to this country.

New Canadian Media reached out to a few fire departments in the GTA to learn about their cultural training measures to sensitize and educate the fire officials about the diverse cultural practices prevalent in the region’s households.

Deputy fire chief, Kalpana Rajgopalan of the Oakville Fire Department, expresses that the town has been working closely with the Canadian Centre for Diversity and Inclusion (CCDI Consulting) and other community partners.

She added that diversity, equity and inclusion are important for the Halton region, “as our population continues to grow and we attract individuals and businesses from within and outside Canada.”

Since 2019, HMC Connections has provided cultural awareness training sessions to the new recruits of the Oakville Fire Department — which got stalled after the pandemic hit. Despite COVID disruptions, however, more than 122 firefighters have been trained through this four-hour, culture-awareness session primarily designed for the frontline staff in direct contact with Oakville’s growing and diverse community.

In fact, all members of the fire management team had previously participated in town-led diversity training.

Rajgopalan highlights that this culture-awareness program, which resumes in-person for the next recruits of fire prevention officers this spring, has started a number of positive conversations for Oakville firefighters regarding equity, diversity and inclusion.

Almasri shares her plans to expand this training to other parts of the Halton region this year.

Recognizing the significance of fire for cultural groups, the City of Toronto, under its Municipal Code Chapters 441 and 442, created a formal service category for Cultural Fire Authorizations, allowing for these fires without associated fees.

Dan Vieira, public information officer with the Toronto Fire Services (TFS) explains that its education services are delivered based on a comprehensive analysis of the buildings and communities known to have had the most fires or the greatest risk of fire.

She highlights that when data suggests an increased fire risk in areas representing a high percentage of diverse cultural groups, public educators ensure targeted fire messaging is in the most commonly spoken languages to enhance fire safety for multicultural and new immigrants and vulnerable residents.

“They sometimes light candles and then trash them in garbage cans even before fully putting them out,” he told NCM.

During his association with CMC — a non-profit umbrella organization of ‘Asian Canadian associations representing various Asian countries and cultures’ — Sheon has realized that immigrants need to learn about fire safety protocols for a comprehensive preventive plan.

He adds that culture-training initiatives of fire services in a diverse region like GTA will be highly beneficial to understanding and tackling the challenges of multicultural communities. 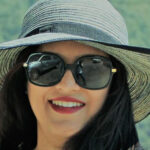