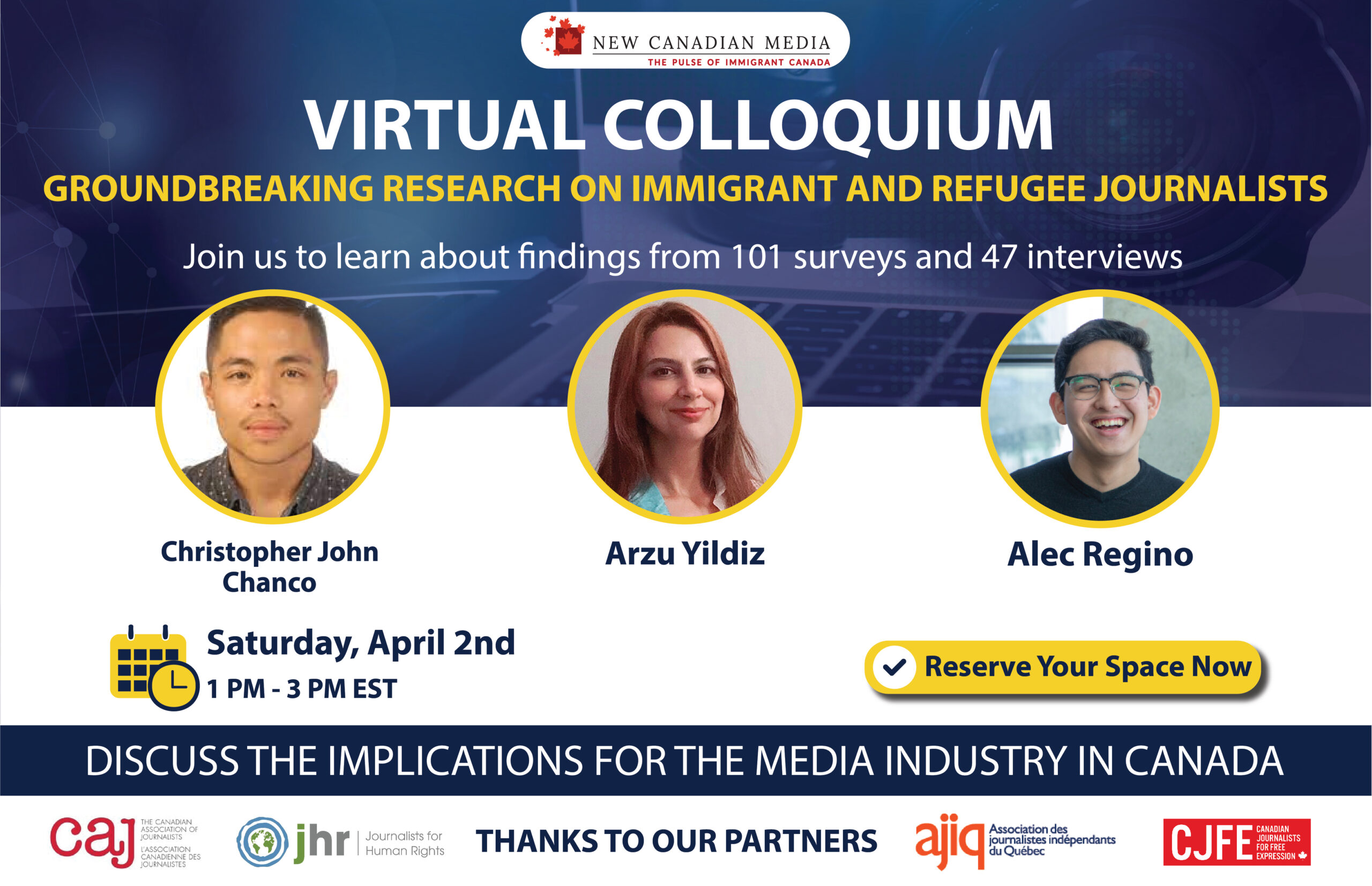 You can review the Executive Summary to learn more about our ground-breaking findings, as well as our press release. The full report of the study is also available here.

NCM held a Virtual Colloquium on Saturday, April 2, 2022 from 1pm to 3pm EST with the report’s three lead authors to share the results of the study and discuss the implications for the media industry in Canada. The colloquium featured some of the respondents whose stories have been featured on New Canadian Media as well as other special guests.