In the early spring of last year, Ruhina Taskin arrived as a new immigrant to Canada from Bangladesh. She was looking for job opportunities when she was contacted by a representative from a financial services company. The representative was also a newcomer and asked Taskin to do an interview which she apprehensively accepted.

“They presented it as a full-time job and scheduled an interview. It looked like a professional interview. I only realized that it’s a pyramid scheme when they asked for $80 for registration. It seems they target new immigrants,” said Taskin in an email.

Taskin, who is a communications professional, did not take the job and thought the opportunity presented to her sounded too good to be true.

‘Too good to be true’ is often the issue with multi-level marketing (MLM) businesses which often share similar traits to illegal pyramid schemes.

What are pyramid schemes?

Pyramid schemes present themselves as an opportunity to start a business by selling the company’s products. The company relies on the commission-based sales of its representatives and continuous recruitment of others. This creates a pyramid of people. Each one profiting off the recruitment and sales of those below them. Very few people can be successful, and only those at the top reap the benefits.

Tobin Hanspal is an assistant professor of finance at the WU Vienna University and has researched MLMs. Hanspal says that selling based on networks and relationships is not problematic, but the problem occurs when the product is overpriced or inferior to similar ones on the market.

“The main aspect from MLMs to be careful about,” he says, “is when the sales pitch becomes more about recruiting new members to sell the product, than about the product itself.”

Companies, that rely on the recruitment of others to survive, prey on vulnerable communities that have a built-in social network such as newcomers to Canada.

Recruitment based on social networks

Recruitment is essential and pitching the job’s ease of entry and earning income from home on flexible hours are examples of some of the tactics that are used to bring people in.

Immigrant communities are drawn into a pyramid scheme through social connections. Hanspal relates the social nature of MLMs to the idea of the “Social Connectedness Index” (SCI) mentioned in a research paper identifying patterns of social connections in different U.S. counties.

“It is well documented that immigrant households tend to keep ties with other similar immigrants originally from similar areas. A social connectedness index would likely show areas with high concentrations of specific ethnic groups would be linked to each other,” says Hanspal. “For example, Chinatowns to Chinatowns or pockets of specific groups are connected to where others from those groups are located across the U.S.”

Last year, Toronto Police broke up an investment scam that was targeting Filipinos attending the same church. There are likely other cases, but Canada’s data on reported pyramid schemes has gaps because the status or ethnicity of those affected is not collected. There’s also little research on the topic even though social connections made in ethnic or immigrant communities may be key to understanding how pyramid schemes can persist or be avoided.

Hanspal cites an example featured in his paper where an immigrant woman in Canada who had learned about an MLM through her ESL class used her social network to sell products and recruit members.

Similarly, marketing and communications strategist and freelance writer, Vrunda Bhatt stated she was approached to join two pyramid schemes by women in her French class who, like Bhatt, were also of South Asian descent.

One woman who sold financial services contacted Bhatt frequently. Every Friday evening her phone would ring. The call would be filled with invitations to meetings and events to persuade Bhatt to join. Bhatt’s husband suggested blocking her but she hesitated to do so.

“Because we are like classmates, I thought let me not block her because then I would not be able to face her every day in class,” said Bhatt. She added she also received many invites to try cosmetics products being sold by the other recruiter.

“Maybe because I could speak their language, they thought I’m a newcomer, and in need of, you know, something like warmth, and maybe they thought that I would be gullible enough to fall for it. Because I would be looking to make a friend.”

Bhatt’s husband, Yatharth Dave, has also been approached by representatives of a pyramid scheme. He stated that connections with the person can make it hard to refuse them.

“Sometimes it just so happens that they are your friend or your friend’s friend that ends up being a part of this and they begin to lower you into this whole scheme and because of sheer obligation, you’re not able to say no…even if you already know that this is a pyramid scheme or you’re not at all interested,” he said.

Anjali Rego, a public relations consultant, is no stranger to the sneaky tactics employed by family members looking to recruit and sell. Members of her family have dabbled in pyramid schemes and a friend of hers once turned a social lunch into a recruitment presentation. Even so, Rego insists on standing her ground.

“At some point, you have to say ‘no’.  You can’t be a people pleaser all the time,” says Rego who cautions others to learn what you’re getting into before they commit. 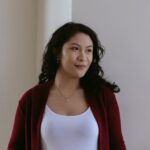