Narendra Damodardas Modi won the Indian federal election with a sweeping majority, nay, by annihilating the opposition yet again, and will now become its 15th Prime Minister for another term of 5 years.

Or he might rule perhaps for the next 10, 15 or even 25 years if he can physically manage, because, more than the results, a paradigm shift has emerged in the psychology of the Indian voter brought to fruit by a strategic mix of divisiveness, hate and religious animosity.

Narendra Modi and his Man Friday (Saturday to Thursday too), Amit Shah, the President of the right wing Bhartiya Janta Party (BJP), delivered 350+ seats for their party and its allies out of a total of 542. Consequently, the right wing have come to the Everest heights it had always sought in Indian polity.

This victory is a result of a well-planned strategic effort undertaken by BJP’s controlling organization and its think tank, Rashtriya Swyamsewak Sangh (RSS). This is the National Volunteer Organization and is the heart and soul of the right wing Hindu nationalist movement, and has led it for close to a century. The vision of the RSS has been to build an India which is Hindu and ‘pure’ as they term it to be: clean of all infiltrators and devoid of anyone who does not accept the right of the Hindu majority to govern the nation. Since 1925, the RSS has worked to develop this idea as part of the Hindu ethos, but failed miserably in earlier decades in their efforts because Indians truly believed for centuries that Hinduism was more than a religion, but rather a way of life: one in which all were accepted and welcome.

Not anymore. Not since a plan was envisaged by the RSS for the BJP when secular India crushed them to a party of just two seats in 1984 in a Parliament of 543. Then-leader of BJP and one of its founding fathers, Atal Bihari Bajpayee, continued to believe in a moderate agenda.

The Path From Two to 353 Seats

The RSS said that it was time to unleash a strong tide of Hindu resurgence by invoking the image of a religion which cannot even protect its own God! A new leader took stage and Lal Krishna Advani, the mentor and Guru of Narendra Modi, unleashed the power of right-wing resurgence by building a campaign of Hindu pride and the right of Hindu majority rule. An issue of building a temple to worship Rama, the mythological warrior-king and a prime God of Hindus at his projected birthplace where a centuries-old mosque stood, ignited the fire. Over the next half of India’s life, that fire engulfed the entire nation slowly and steadily, and has resulted in identical election results delivered in 2014 and now in 2019.

Narendra Modi has won. India has lost. “Hindu-stan” or the “place of Hindus” as it is also known, has won.

This phrase actually sums up the Indian election of 2019. After all, this was all about right wing Hindu identity, otherwise known as Hindutava.

Over the last five years, India has stepped backwards on innumerable counts.

Indians Chose to Look Away

Its economy suffered a massive blow when one fine day in November 2016, Narendra Modi in his divine wisdom declared demonetisation and devoid the major currency notes of Rs.500 and Rs. 1000 of any value. Within hours the Indian growth story was struck a hammer blow from which it has not recovered till date, and millions lost jobs over the next few years while thousands of average businesses closed down. India lost at least 2% of its per-year growth, and demonetisation did not remove any black money from circulation, as proved by the data released by the federal bank of India. Yet, Indians chose to look away.

Over the last five years, killings of minorities in the name of protecting cows by Hindu mob became a rule than a rarity. People getting burned alive or even cut to pieces just on the basis of hearsay that they were eating cow meat became a regular barbaric practice in Modi’s India. The perpetrators were treated as national heroes by BJP and the Hindu right wing. Yet Indians chose to look away.

Thought control was everywhere, with any dissent getting instant “justice” from mobs in the form of death or beating and public humiliation. Secular people and liberals were marked out and were treated as social outcasts and were renamed “sick-ular” and “lib-tard” to create a new identity for them. Anyone speaking against Modi or the government’s ideology was declared anti-national, with even sedition charges being raised in some cases. Yet Indians chose to look away.

Modi and Shah unabashedly developed an anti-Muslim sentiment and created a fear in the minds of Hindus that their religion was at threat. They escalated tensions with neighbouring Pakistan and almost brought South Asia to the verge of a nuclear war. Closer to the election, they created a façade of successful strikes inside Pakistan where they claimed to their ‘Bhakths’ or blind followers to have killed hundreds of ‘terrorists.’ Yet Indians chose to look away.

Modi brought the decorum in Indian politics to a new low and called everyone whom he disliked names, including to respected dead leaders who were responsible for building modern India. His cronies, including a terrorist-suspect, even declared the killer of Mahatma Gandhi, the father of nation – Nathuram Godse – as a nationalist and a true patriot. Yet Indians chose to look away.

Indians chose Modi again as the common man is a changed man and identifies completely with the policies of the BJP. He is a Hindu first and proudly says that he is willing to accept religious minorities so long as they fall in line. Indians are a tribe transformed, and today I am both happy and sad. Happy that I saw how India was changing and moved away so that I need not spend the rest of my years in a nation turned so unapologetically hateful and divided. Sad as to why I did not stay back there and fight till my last breath to save it from such a state of affairs, unlike my grandfather who laid down his life in 1947 to protect the soul of an undivided India!

That brings us to the idea of what Modi’s victory means for my adopted country, Canada.

For once, Modi’s dislike for liberal policies is evident with his giving a cold shoulder to Trudeau on his now-infamous India visit. So long as a liberal government or even liberal thinking remains in Canada, the relationship is only going to turn more frigid. The Modi government has clearly shown disdain for values which majority Canadians hold highly, including our secular and social values.

More importantly, the victory of Modi raised a high alarm for the Canadian polity.

It is now becoming more evident that the right wing is regaining its foothold world-over, and Canada cannot remain an aberration. Province after province seems to be rejecting the Liberal agenda and turning Conservative again. If things continue, the Conservatives may regain power in October.

What is also true is that the majority Canadians still value liberal values. Multicultural Canada is real and an accepted way of life, with the majority of White Canadians willing to accept that Canada’s future lies in welcoming more immigrants of colour into our communities. Also equality for all including LGBTQ, religious and racial minorities, including allowing everyone to follow their cultures while blending in with Canadian values, is a reality that Canada deeply cherishes.

Perhaps it is a few fallacies of Trudeau’s regime including the fiasco of the SNC-Lavlin affair or the resurgence of the right wing, but dark clouds are visible in the not-so-distant future for the Liberal party.

It is also clear that the right wing is able to project their leader as ‘strong’ and ‘decisive.’ That worldwide is catching the attention of the masses and resulting in political victories.

There two important lessons to be learned by Canadian parties opposing the Conservative agenda if they wish to become relevant in today’s scenario.

Firstly, if the Liberal party wishes to hold power then it must replace Trudeau here and now by a leader who is perceived to be ‘stronger’ and more business-like. Trudeau’s boyish charm will not work anymore, and his light-weight image is hampering the positiveness of a Liberal agenda even for moderates.

Secondly, with the NDP having a leader in Jagmeet Singh who seems to lack charisma and vision, and is not accepted by his own party fully, the alternative to Liberals looks weak.

It is evident that if the Liberals and NDP plan to stay relevant, they will need to develop a pre-poll alliance so that they can ensure that the moderate vote is not split and that the Conservatives face an undivided opposition. Otherwise, like India, a divided opposition will be decimated and the right wing will capture yet another nation in its road to regain control of the world.

India has changed for good. The USA is firmly entrenched with the right wing. Will Canada follow? The inaction of current Liberal/NDP politicians will confirm that in the next few months, nay weeks.

Till then, let the right wing rejoice in the victory of a new legendary dictatorial democratic leader – Modi.

Hail Modi! We offer you our soul and that of a nation lost forever to rule over! 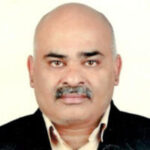