First-Hand Account Recalls Religious Tension Boiling over in Kashmir - New Canadian Media
As Hindus, we were in danger of being turned back or arrested at one of the state’s checkpoints. This cycle of violence was not new for many in Kashmir, and it has not ended. Photo: [iStock / tes]
Elsewhere, world leaders have condemned populism and nationalism

The last time I was in Kashmir, I had to be smuggled to my uncle’s house, under the dashboard of a transport truck, with my mother and sister. It was 1988, I was thirteen years old, and we had asked somebody to take us to a safer location. I had been travelling to visit my extended family in Srinagar. It was my fifth time visiting the capital city, but this trip was different. Usually, we could take a taxi or a rickshaw across town. Now, the military-enforced curfew restricted our movements. It was getting dark, but my mom risked the move. She didn’t like the atmosphere building in the city, and my uncle’s house was closer to the Srinagar airport. Because of the imposed curfew, she also feared we wouldn’t make it to the airport in time for our flight the next day.

That year, tensions between neighbours were high, boosted by a recent state election that the Muslim population—which makes up the majority in Kashmir—believed had been rigged against it. Rajiv Gandhi, the prime minister at the time, was barely holding the country together. I don’t remember being scared as we crossed the checkpoints: I imagined we were on an adventure. I do remember how tense my mother was beside me, though, and how tightly she held onto my younger sister whenever the truck slowed down.

Elsewhere, world leaders have condemned populism and nationalism. Justin Trudeau has publicly criticized both Brexit and US President Donald Trump. Stories on the dangerous divisiveness being stoked in those countries have dominated our headlines for years. Yet Modi, by comparison, has faced little backlash on the world stage over his actions in Kashmir. His abuses of power are rarely front-page news. Surely, though, his form of nationalism should be no more acceptable than Trump’s or Maxime Bernier’s or Matteo Salvini’s. So why aren’t more people outside of India rising up to condemn it? More to the point: Why have they never?

The following excerpt has been reproduced with permission from The Walrus. Read the rest of the article on our partner’s website here. 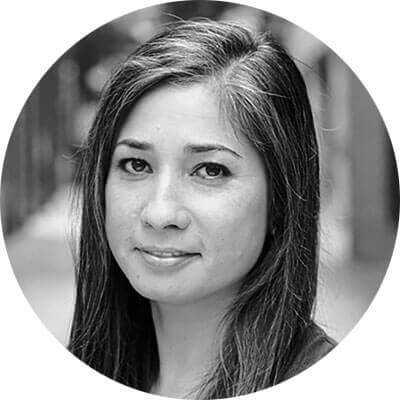 An award-winning digital journalist, Angela is also the author of the Portia Adams Adventure series, and Pickles vs. the Zombies (2019). She is also an instructor at Ryerson University and an NCM Collective Member and Mentor.