Analysts and members of the Iranian-Canadian community say they are optimistic about a thawing of relations between Iran and Canada now that a new government is in power.

Despite the fact that a large and dynamic Iranian diaspora calls Canada its home, recent relations between the two countries have been complicated.

In 2012, the Harper government put Iran on the list of State Supporters of Terrorism, closed the Canadian embassy in Iran and expelled Iranian diplomats from Canada. The diplomatic relation between the two governments has since been suspended.

The Conservative government also enacted unilateral sanctions against Iran, some of which adversely affected the lives of Iranian Canadians.

But in June 2015, then prime minister candidate Justin Trudeau told the CBC that he hoped “that Canada would be able to reopen its mission” in Iran and he was “fairly certain that there are ways to re-engage” the Iranian government.

Reasons for a different approach

Observers give different reasons for the Liberal party’s decision to re-engage Iran.

First of all, the Harper government failed to achieve its objectives with regard to its policy toward Iran.

[T]he fundamental reason for the Harper government’s Iran policy was “to isolate and de-legitimize Iran.”

John Mundy, Canada’s last ambassador to Iran, says he believes that the fundamental reason for the Harper government’s Iran policy was “to isolate and de-legitimize Iran.”

The opposite happened though, as the permanent members of the United Nations Security Council plus Germany (P5+1) re-engaged Iran and reached a nuclear agreement with Tehran.

“Now it’s time for Canada to play catch-up,” says ambassador Mundy, who is writing a book about his time in Iran.

Secondly, there are commercial reasons for re-establishing diplomatic relations with Iran.

Political scientist Thomas Juneau says that re-engagement with Iran is in Canada’s best interests as it provides access to an emerging market for Canadian businesses and citizens who want to do business with the country.

Moreover, Jayson Myers, president and chief executive officer of Canadian Manufacturers & Exporters told the Globe and Mail there are tremendous opportunities for Canadian businesses looking to sell to Iran.

Thirdly, there are geopolitical reasons for a change in policy towards Iran.

Political scientist Houchang Hassan-Yari says that the crises in the Middle East, particularly in Syria and Iraq, and the rise of the self-proclaimed Islamic State (IS) have created a new strategic environment in which Iran is an important player in the fight against IS.

[S]upport for the Liberal party amongst Iranian Canadians was much higher in the recent federal election than … previous elections.

“This [new geopolitical environment] may have had the Canadian government decide to engage Iran.”

Mohsen Taghavi, the editor-in-chief and publisher of Persian-English bilingual Weekly Salam Toronto, says that the majority of Iranian Canadians disagreed with the Harper government’s decision to suspend diplomatic relations with Tehran and to impose unilateral sanctions against Iran.

He says that the level of support for the Liberal party amongst Iranian Canadians was much higher in the recent federal election than what he had observed in previous elections and that the party’s Iran policy was an important factor contributing to this.

The Iranian diaspora and the Liberal party

Taghavi says that Trudeau’s humility, energy, and vision appealed to many members of Canada’s Iranian diaspora.

Trudeau’s humility, energy, and vision appealed to many members of Canada’s Iranian diaspora.

Ambassador Mundy expects Canada and Iran will re-establish diplomatic relations and says he hopes that it becomes possible for Canada to re-open its visa section in order to be able to facilitate immigration and travel between the two countries.

He says that in 2007 when he was Canada’s ambassador to Tehran, “Iran was Canada’s fourth source of new immigrants and the Iranian community in Canada was growing quickly.”

Having diplomatic relations, however, does not mean that Iran and Canada are going to agree on different issues of mutual concern. In fact, all the interviewees for this article acknowledged Canada’s concerns over Iran’s human rights record and regional activities.

Professor Hassan-Yari says that having diplomatic relations with Tehran and starting a dialogue about “our differences with them” could be beneficial.

He concedes that, at first, Iran may not take Canada’s concerns seriously.

“However, when Canada and the Europeans address the same concerns, over time, they can influence the leadership in Tehran,” says Hassan-Yari.

Many Iranian Canadians view the Trudeau government’s approach to Iran as part of a larger worldview in which pragmatism outweighs ideology and diplomacy is utilized to resolve differences.

The future will show whether the Liberals can strengthen its relations with the Iranian diaspora and earn their future votes. 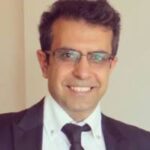