Luminita left Romania 20 years ago. As an immigrant, making a new life was a day-to-day challenge and hard enough to devote her energy to social integration. However, she found her cultural roots as important as social integration. She told NCM: “If I am to speak metaphorically, culture represents the roots of a tree. We can replant the tree somewhere else, but we still need the roots. If we cut off the roots, the tree will die.”

Keeping the roots is not against being highly adaptable for new immigrants in Luminita’s view. “I find it very normal that the culture here will influence the immigrants’ culture, but it happens both ways,” she said.

Every year, thousands of immigrants and refugees choose Canada as their new home. Although excited to become part of society, they arrive in Canada with a rich cultural background. According to a recent statistic, most immigrants coming to Canada in 2021 were between 30 and 40 years old so their cultural identity has already formed in their home country. When they arrive in Canada, they need to balance keeping their ethnic culture with integration into the dominant one.

Monika Simon considers language as “a medium to connect to humanity, to enhance understanding, tolerance, and caring for each other,” so keeping the German language in the family was important. “I speak nearly daily to my children in German, they receive German gingerbreads every year before Christmas, they are proud of their origins, they like to travel to Germany, they have a close relationship with their uncle and cousins in Germany,” she said.

Regardless of examples like Simon or Luminita, sometimes cultural assimilation is so powerful that it overwhelms ethnic culture, or it becomes an obstacle even for the first generation of immigrants.

In an article, Van Hieu Ngo of the University of Calgary said: “Immigrants are assumed to be able to achieve a good life, similar to that of the dominant culture, once they shed their cultural identity, norms and practices and achieve full assimilation. This myth serves two purposes. First, it reinforces the myth of fairness in an unfair society in order to justify the status of the dominant culture. Second, it masks the fact that social position and resources will give some people preferred access to these so-called ‘opportunities.’

“The myth of opportunity, therefore, helps to put blame on immigrants who fail to achieve Eurocentric, middle-class life patterns. Those who experience socio-economic hardship are seen as people of inferior, unassimilable cultural groups who fail to take advantage of the equal opportunities available to all citizens.”

In a national polling partnership between CBC and the Angus Reid Institute, 68 per cent of Canadian respondents said minorities should be doing more to fit in with mainstream society instead of keeping their own customs and languages. The same question was put to Americans, with only 53 per cent of respondents saying minorities need to better adjust. The Canadian response represents a hardening of attitudes away from multiculturalism over time.

Although the Canadian government recognizes diversity as a source of strength, there is no clear policy to cherish ethnic cultures for second or third-generation immigrants.

Stein Monteiro, Senior Research Associate, CERC Migration at Toronto Metropolitan University, told NCM: “Since social and civil participation is the concern today among first-generation immigrants, the focus is solely on how to integrate them into Canadian life. Among those that are second and third-generation, they will know English or French, there is no need to worry about their civil participation.”

“They would also likely feel a sense of belonging to Canada, and I think they do, so according to the government there is no policy relevance to try and encourage participation,” Monteiro said.

“Given the current policy, multiculturalism works only as a medium for social integration for the first generation of immigrants.” 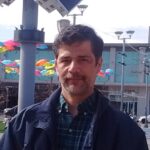