Why Did the Al Quds Rally Send a Message of Hatred and Violence? - New Canadian Media

“Down Down Harper”: one could hear those rants by a bunch of radical Canadian Muslims in Downtown Toronto in the Al Quds Rally last Saturday.

They were not calling “Down Down Harper” due to their internal political conflicts based on Canadian issues with Harper government. They were denouncing their own Prime Minister for not supporting, according to them, the liberation of Jerusalem from Israel.

That’s what Al Quds Day is all about.

They create a mess in the month of August every year and give a bad name to Islam and create a false image of Muslims that Islam is a religion of violence and Canadian Muslims are the people who care more about conflicts in the Middle East and hatred against “Zionists” than their own livelihood in Canada.

Every year, Al Quds rally seems set on on provoking violence and hate against Jews community and Canada, directly and indirectly.

“We have to give them an ultimatum. You have to leave Jerusalem. You have to leave Palestine…When somebody tries to rob a bank the police get in, they don’t negotiate and we have been negotiating with them for 65 years. We say get out or you are dead. We give them two minutes and then we start shooting and that’s the only way they’ll understand,” those were the violent provoking words uttered by Elias Hazineh, former President Palestinian House, in last Saturday’s Al Quds Rally.

In response to such statements and hate provoked rallies, when Islamists see banners in the hands of Jewish Defense League members that read ‘Islam inconsistent with Canadian values’ or ‘stop Islamic terrorism’ they should not blame JDL because Islamists are the ones who are bringing that bad image to Islam and Muslims.

I happened to write a piece on this complex issue a while ago in the Huffington Post.

This Al Quds rally is a clear exhibit of Antisemitism.

There is another serious concern in the wake of growing anti Jewish movement in Toronto that Islamists have started introducing young kids as hate-mongering speakers now.

“Israel is a cadence of falsehood and falsehood was bound to perish. And I stand on these words, that Israel is an illegal, terrorizing, racist group, which works for the destruction of humanity and peace in the world,” said a young Canadian Muslims boy in the rally.

There is certainly a challenge not for just Harper government or ruling conservative party, also for Liberals, NDP and law enforcement agencies that we are witnessing hatred from Islamist towards Israel, Jews, India, Hindus, the USA etc., day and night.

The whole Al Quds rally is becoming a saga of hate against Jews and Israel.

Pakistani diplomats are spewing their hate against India and Hindus at a very low level.

Tahir Aslam Gora is a Canadian-Pakistani writer, novelist, poet, journalist, editor, translator and publisher. He is the founder of ‘Canadian Thinkers’ Forum’ ‘Progressive Muslims Institute Canada’ and ‘Muslim Committee Against Antisemitism.’ He contributes regularly to various European and American media outlets including Huffington Post. He is currently at work on two manuscripts; one about Islam, the other titled “Understanding Canadian Multiculturalism.” Follow him on Twitter: www.twitter.com/TahirGora 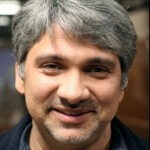