Charities and non-profit organizations, which employ 2.4 million people, contribute $192 billion in economic activity annually, and account for 8.3 per cent of GDP, are, by far, the country’s biggest employers of immigrant women.

Fully 50 per cent of all jobs held by new Canadian women are in our sector. Nationally, non-profit sector employees are more than twice as likely to be immigrants.

Canada’s 170,000-plus non-profits play a defining role in the immigrant experience and provide a pathway to employment for hundreds of thousands of newcomers seeking an economic foothold. Without these opportunities, unemployment among immigrant women would soar.

The data also reveal the care sector provides important employment opportunities for racialized communities. About three in 10 employees working in the sector are from a racialized group compared to two in 10 for the general economy.

Non-profit sector employees are also 27 per cent more likely to have Indigenous status. Nearly a third of all working Indigenous women are employed by non-profits.

The contributions of immigrant and racialized women to the sector are definitely something to be celebrated. But hiding in plain sight are two enormous societal threats: severe underfunding that is hobbling the ability of non-profits to meet ever increasing demand for their services; and the manner in which immigrant and racialized women are left with lower paid, precarious jobs despite their education and qualifications.

The reality is that wages, salaries and benefits across the non-profit sector are much lower than the remuneration offered by business and government. On average, rates of pay provided by community non-profits are about a third lower than in the private and public sectors.

Charities and non-profits are chronically underfunded. The vast majority of these organizations don’t have the money to provide competitive compensation. Owing to systemic barriers to employment elsewhere in the economy, working in the non-profit sector is not necessarily a choice for many immigrant women, but their only option. These women, and the millions of other care sector workers who contribute to our society’s collective well-being, deserve better.

For years, non-profit leaders have been advocating for reform to the regulatory framework governing how charities and non-profits operate and acquire financing.

Government can do much to strengthen the non-profit sector. But the evolution of legislation, regulation and funding for the charitable and non-profit sector moves at a snail’s pace. As a result of this entrenched resistance to change and innovation, non-profits are stretched to the limit and critical social services relied upon daily by millions are increasingly under threat.

As the country welcomes more and more immigrants each year, providing newcomers with fair access to good paying jobs must be a top public-policy priority.

The success of Canada’s uniquely ambitious approach to immigration will largely depend on ensuring newcomers are able to quickly transition to meaningful employment. A good start would be eliminating or significantly reducing demands that new hires have Canadian experience.

How can we work together to ensure charities and non-profits, as Canada’s primary pathway for the employment of immigrant women and other equity-seeking groups, are able to meet rising service demands and provide jobs that offer a living wage and good benefits?

And what needs to be done by business and government leaders to ensure that all newcomers, and especially immigrant women, have equal access to good jobs across all sectors?

How effectively we answer these questions will play a major role in determining our future prosperity and quality of life.

This article was originally published in The Globe and Mail and republished here with the author’s permission. 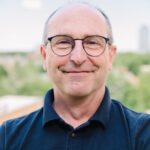