Is it Time for Canada to Dump the Royals? - New Canadian Media

As a second generation Canadian and descendant of Commonwealth parents, I know the answer to whether Canada and the Royals are right for each other should be a quick “Long live the Queen.”

Growing up in Western Canada, I cultivated a loose acceptance of the concept of a royal figurehead, but it was always an uneasy acceptance shadowed by the realities of history.  A history I learned more details of in school, and in conversations with family.

Citizens of the Commonwealth often see England as the motherland. London is one of the key centres of emigration for the overseas “colonial” diaspora. Britain’s culture flows with adopted traditions from distant corners of the Empire. Her language filled with the languages of her colonial conquests.

The Queen and her family seem nice enough. All smiles as they come out to “the Colonies” enjoying the public displays of adoration. Watching throngs of regiphiles awaiting their every wave, word, and walk, they bask in the glory of their “royal-ness.” Family members espouse various causes and appear to be doing some ‘good’ world-wide.

Opponents of the Monarchy will tout the cost of royal visits as a reason to end our ties. The Queen’s 2010 tour cost Canadians $2.79 Million. Will and Kate’s 2011 visit cost $1.2 Million. This year’s trip, with heightened security concerns could be far more. But visiting dignitaries should be treated as any head-of-state. We should be bound to care for their safety and plan for their visit in a similar manner.

We are a nation of brave cultural explorers, a multicultural rainbow of people and ideas.

There is another reality. One that hangs over anyone who hails from a former colony. The stories your parents tell you of the independence struggles. The parts of history that remain unwritten by the “victors.” The years of tragedy and conflict associated with the British Empire.  The grief of families separated by arbitrarily drawn boundaries. Sectarian strife resulting from the ‘divide and rule’ policy of a worldwide empire.

The effects of the British Empire still exists in my ancestral homeland. A nation robbed of her heritage. Years of exploitation and pillaging mar a history that could have been much more.

The British sourced “their” crown jewels from colonial conquests. Often blood-laced in origin, jewels were stolen, or obtained via treachery. Gold and jewels were extracted with near-slave labour in colonial mines.These mines were operated by British companies (or their local agents) who cared little of the welfare of the “loyal subjects.”

My South Asian ancestors fought for the British valiantly during both World Wars. Indian troops fought for the crown in conflicts such as the Boer War, the Boxer Uprising and other colonial conflicts. After such sacrifice and loyalty one would think the monarchy would make it easier for them to settle abroad. Instead, monarchs stood by while Commonwealth nations chose to bar immigrants from “non-mainstream” lands. Policies such as the “Continuous Journey” law resulted in the Komagata Maru incident and many others like it.

“Incidents” such as the Jallianwala Bagh massacre, the Budge-Budge riots, the “Indian Mutiny,” and the Boxer Uprising, are all the legacies of subject populations’ responses to British imperialism.

When the British “quit” they usually did not depart as gracefully as described either, “stiff upper lip” and all that nonsense. Years of privilege and forced classism left local populations ill-prepared to take over the institutions of power. Rather than building their own nations many former colonies were left carrying on British traditions, often to the detriment of their citizens. Newly formed ‘aristocratic classes’ governed as their old masters had, often with the aid and invisible hand of the old masters.

While the bureaucratic messes left behind are legendary, there were more damaging parting “gifts” left by the empire. The arbitrarily drawn borders in places like India, the Middle East, and much of Africa created havoc. Too many of today’s wars are being fought over the poorly thought out exit plans of the empire which thought the sun could never set upon it. Nuclear-armed India and Pakistan saw horrific atrocities during partition. They have fought three wars since. Many say the spark to ignite WWIII will be along the border drawn up by an ill-informed British bureaucrat on a whim.

The effects of the British Empire still exists in my ancestral homeland. A nation robbed of her heritage. Years of exploitation and pillaging mar a history that could have been much more.

In the Middle East British bureaucrat Mark Sykes drew up a division of lands with his French counterpart after the First World War. It remains the cause of much of the conflict that afflicts that region today. Borders were drawn without Arab input. They failed to capture the promise of independence made to them in exchange for assisting in the war against the Ottoman Empire. This created the nationalism that installed so many of the dictators and regimes that governed the region up until recently. Borders ignored tribal regions and ethnic distinctions. This led to brutalization of minority groups outside of their own regions of dominance. The uprisings and disorder we see in the Middle East today can be traced back directly to these borders.

Britain and other European powers divided up Africa into colonial enclaves. Colonizers starved colonies of progress and treasures. The opium trade that funded British factories and industry retarded the growth of East Asia, and led to war and division. Colonies were used to run proxy wars against other colonial powers.

The experience of Canada’s First Nations was similar to that of other colonies. Many were marginalized, removed from lands, and even completely wiped out. First Nations were turned upon one another in games of colonial chess. Survivors of the wars often faced disease introduced by colonists, or left to suffer at the hands of residential schools.

The contemporary monarchy also leaves much wanting. Prince Harry called a South Asian army officer a “Paki” and a colleague a “rag-head.” He chose to  dress as a Nazi at a ‘colonials and natives’ costume party. Future King Charles’ showed contempt for the national media (“I hate these people…”). Prince Philip once asked an Australian aboriginal businessman “Do you still throw spears at each other?”

Most Canadians – and particularly New Canadians – don’t want to relive the Victorian Era.

Canadian diplomats have requested the head of Commonwealth should help promote Canadian interests overseas. Our monarch seems to promote only Britain abroad according to former diplomat Paul Heinbecker. While she was on an official visit to Germany in the 1990s he asked if the Queen could say some words on behalf of Canadian businesses.The response he received pointed out the request was both “unwelcome and novel.”

We cannot be beholden to another nation, even symbolically, for our national direction.  “Ceremonial” or not, the actions of the UK and Monarchy affect the image of the Commonwealth as a whole. We cannot sit idly and observe the situations like Brexit, and still proudly stand and wave the union jack during royal visits. That our monarchs stood by and said nothing as the UK descended into a hate-filled exercise in exclusion, says much about the institution too many still hold in reverence.

Canadians have, in a most Canadian way, accepted the monarchy, however we know we don’t benefit from it. The Royals are an anachronism from a past that was far less glorious than it is made out to be.  Its time to truly embrace our independent place in the world. 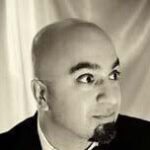 A love letter to the Queen

Brexit: Canada’s Immigration Model May Offer a Way Out