Canada’s diversity is not reflected in its economic activity. While much of its immigration growth is from countries with emerging economies, only China and Brazil are among its top 10 export destinations; the remaining eight top trading partners are developed Organization for Economic Co-operation and Development (OECD) countries.

This imbalance is a missed opportunity for Canada as a whole and for immigrants themselves, says new research released by the Mowat Centre at the University of Toronto.

While collective understanding and definition of the country have been shaped by waves of immigration, things today are different from the early days, said Matthew Mendelsohn, director of the centre.  First, immigrants to Canada are experiencing poorer economic outcomes than previous generations. And secondly, the global economy is undergoing a re-balancing, with the rise of emerging economies and new structural economic challenges in OECD countries, including Canada. Mendelsohn said that while much of this is well-known, “what is less obvious is that the mental maps we use to understand immigration also need to change.”

The report, Diaspora Nation: An Inquiry into the Economic Importance of Diaspora Networks in Canada, examines this issue and the related matter of stagnating economic outcomes among new comers to Canada by reconceptualizing immigrant communities.

“Patterns of global trade and the nature of immigration to Canada are changing. Canada has an enormous opportunity – but it must do more. Bringing a disaspora lens to private sector and public sector decision-making must be a front of mind consideration, ” Serene Tan, one of the authors of the report, said. Maurice Bitran is the other author. – New Canadian Media 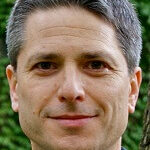