On a sunny March afternoon in Hong Kong, the queue at a downtown DHL, an express mailing service, almost reached the end of the block.

Each person donned a face mask as they scrolled through news feeds on their phones. The majority were lined up to send surgical masks to relatives and friends in other countries — mainly to Canada, the U.S., the UK, France and Italy.

Just one month ago in Hong Kong, many grocery store shelves were stripped of bleach, toilet paper and hand sanitizer, while the price of face masks surged. By mid-March, the COVID-19 outbreak had worsened in other parts of the globe, and Hong Kong’s Canadian community were among those sending supplies overseas.

In East Asian countries, governments and residents have been fervently combatting the spread of COVID-19 since late January. Only after Italy’s severe outbreak and the World Health Organization’s classification of COVID-19 as a global pandemic, did Western nations like Canada intensify their response.

By late March, life in Hong Kong has largely stabilized (though there has been a recent resurgence of infections) — while life under quarantine in Canadian cities is just beginning.

On March 30, confirmed COVID-19 cases in Canada topped 6,308, and nearly half were a result of community spread. As the cases increase, so do government measures to limit travel. Borders already closed to all foreign nationals. It is now mandatory for Canadians coming home from abroad to self-quarantine for 14 days. Failure to do so could result in fines and even jail time. As of today, travellers who have respiratory symptoms will be prevented from travelling to other provinces as well as other cities.

Prime Minister Justin Trudeau has spearheaded parliament’s efforts in passing a $107-billion pandemic aid package. Trudeau also enlisted Canadian celebrities in the fight against COVID-19 while in self-isolation for more than two weeks, a precautionary measure he took after his wife, Sophie Grégoire Trudeau, tested positive for the virus on March 12.

Meanwhile, provinces have declared states of emergency, triggering school closures and the shuttering of non-essential businesses across the country.

Daniel Chow, a medical sales representative for a multi-national pharmaceutical firm based in Calgary, is self-isolating at home.

“I’m doing it just to be safe, and our company has told us to work from home,” said Chow. “I still get groceries when I need, go for outdoor runs in non-busy parks and give blood,” while maintaining an appropriate distance from others.

“Social distancing is everywhere in the city,” added Chow. “The blood bank only allows a limited number of people inside at one time, and the waiting area was set up with chairs 2-3 metres apart. Bars are closed and places like Costco have rules to prevent too many people inside at once.”

In Toronto, on a regular weekday, Cynthia Zaharia would be at her office doing work in commercial real estate investment. Now she is physically distancing herself from her peers, while staying connected to friends online. “We are Face Timing each other to stay busy and using the House Party app on our phones to check in,” said Zaharia. “[These measures] are necessary to flatten the curve — we have to sacrifice our daily routine to help ourselves get out of this quicker.”

In Ontario, the large-scale shutdowns began on March 17, when Premier Doug Ford declared a state of emergency. Public buildings closed, and bars and restaurants could only stay open if they could offer takeout or delivery. Ontario Provincial Police now have the power to enforce health protocols through stiff fines. By March 28, the Premier said he wanted to limit non-essential gatherings to five people. Organizations that fail to implement social distancing rules could face up to $500,000 in fines, while individuals could be fined $1,000.

Who Should Wear Masks?

The majority of Hong Kong’s local population started wearing surgical masks early in the COVID-19 outbreak. Health authority instructions have directed the public to wear disposable masks outside of the home — due to the city’s densely populated urban areas. And moreover, citizens view it as a sign of social responsibility. The local culture of mask-wearing is attributed to memories of the 2003 SARS epidemic, which saw 299 deaths in the city — equivalent to a 17% fatality rate.

Though it has been adopted as a social norm in Hong Kong, the culture of mask-wearing has triggered debate and shaming — as those frequently seen not donning a mask are visibly from the city’s expatriate community. On social media channels, the hashtag #wearaf**kingmask is trending — it is aimed at convincing foreigners to well, wear a mask.

Niki Leung grew up in Calgary and studied in New York, and now works as a manager at a Hong Kong-based tech start-up. She recently decided to start wearing a mask. On usually-crowded public transport, Niki puts it on so people feel comfortable and safe around her. “I want to ease their worries, but I’m not wearing it so I don’t get the virus. Raised in the West, we’ve been brought up to sneeze or cough into a Kleenex or in your elbow. The science behind wearing masks to combat the spread of the virus — I’m not 100% sure about.”

In Canada, health officials advise that masks should only be worn by medical staff treating patients, or people who show signs of respiratory illness — there are fears of impending shortages, as hospitals burn through their supplies of personal protective equipment and appeal for donations of masks, gloves, gowns and face shields. Similarly in the U.S., authorities have appealed the general public not to wear masks due to supply shortage scares for frontline health workers.

Canada first closed its borders to foreign nationals on March 16, then five days later shut the door to American visitors. Citizens and permanent residents can still return home, but other nations have also locked down their borders, leaving thousands of Canadians stranded across the globe including in India, Peru and Spain. There are diplomatic talks behind the scenes to get Canadians home, but the logistics of landing planes amid a pandemic are complex and will take some time.

Vivekan Jeyagaran was on assignment in Sri Lanka with World University Service of Canada when he was notified by his employer to return to Canada on March 12. Four days later he landed at Pearson International Airport. While his flight was in mid-air, Canada closed its international borders.

“It was a smooth trip,” says Jeyagaran, who didn’t experience any delays when he landed. “I was asked by a customs officer if I was experiencing any symptoms and advised to self-isolate, and to follow the instructions on a detailed pamphlet that they provided.”

After travelling through three different airports and two packed international flights, Jeyagaran is self-quarantining at his family home in Markham for the mandatory 14 days, while continuing to work remotely for WUSC on enterprise development projects in Sri Lanka.

Resurgence of the Virus

Hong Kong now fears a second wave of infections. As of March 30 in Hong Kong, infections spiked to 682 cases — more than double the number just a week earlier. The majority of recent cases are linked to travellers returning to the city, and community-spread cases via gyms, bars and nightclubs.

These troubling developments have led the government to reverse course and tighten restrictions again. On March 25, the city shut its doors to all visitors from foreign countries. For returning international travellers, an enforced 14-day mandatory quarantine is in place. They are monitored via electronic wristbands and those who have disregarded their quarantine have been called out in social media.

A Hong Kong citizen caught a girl wearing the coronavirus quarantine tracking bracelet eating out. Those wearing this bracelet r not supposed to go out for 14 days. The citizen filmed her and her adult guardian at the noodle place, and chased them all the way. Part 1: pic.twitter.com/q4FcZfwx1c

Two days later the government banned gatherings of more than four people in public spaces, and forced restaurants to slash their capacity by half.

Hong Kong’s experience shows countries cannot let down their guard in the battle against COVID-19.

The World Health Organization (WHO) says the only way to defeat the virus is with sustained vigilance.

“With early aggressive measures countries can stop transmission and save lives,” said WHO Director-General, Tedros Adhanom Ghebreyesus, in a statement. “We are in uncharted territory. But containment of COVID-19 is feasible and must remain the top priority for all countries.” 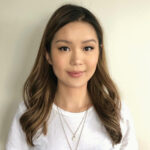 Yvonne Lau is a journalist based in Hong Kong and Calgary. She covers Asia's financial services market, and also writes about culture and society with a focus on China-Russia ties. She speaks English, Cantonese, Mandarin and Russian.