Immigration to New Brunswick is a confusing affair. The specialty here is that it is an officially bilingual province and it has a rather dormant or quiet economy.     There are thus two intertwined challenges for the province: to attract immigrants and to attract a reasonable share of francophone immigrants.

From that point of view, the latest National Household Survey was a mixed bag. Yes, there are more immigrants in the province — from approximately 400 five years ago to more than 2000 in 2011. But, the proportion of Francophone immigrants did not grow; it actually decreased (now 8.2 per cent).  Keep in mind that in this province, there is a linguistic issue/question, given that 70 per cent are Anglophone and 30 per cent Francophone.

For the Francophone community, the demographic evolution is not headed in the right direction.

The reason why I am writing on this topic is because at CAFI (Le Centre d’accueil et d’accompagnement francophone des immigrants du Sud-Est du Nouveau-Brunswick), we understand quite well the situation of Francophone immigrants to the region. CAFI is a settlement centre whose purpose and mission is to help, welcome and assist Francophone newcomers and prospective immigrants.

According to 2010 Citizenship and Immigration Canada (CIC) figures, 64 new Francophone families arrived in Moncton. In 2011, the number passed 110 and hence doubled (for better comparison, in 2011, Vancouver had 248 … not that bad, comparatively). In 2012, the numbers continued to rise. Nevertheless, it is certain that the number of Anglophone immigrants has also greatly increased. These increases are the results of provincial efforts to attract more immigrants to the province. By putting Moncton on the map, literally, the government has played a role, perhaps small, but all the same a role in the global immigration “market”.

It is natural that the majority of immigrants are Anglophone given that the immigration “market” is mainly Anglophone.   This is an issue not only in New Brunswick; the Francophone community in Canada fears that after years of linguistically unbalanced immigration, it is Canada’s very bilingualism that could be at stake. CIC has been unsuccessful in pursuing the goal of 4.4 per cent of Francophone immigrants (outside Quebec). With more than eight per cent of its immigrants Francophone, New Brunswick has succeeded in surpassing CIC’s goal in 2011 and did even better at 12 per cent in 2012.

A 12 percent average can be interpreted in two ways: it is a lot, or it is not enough. It certainly isn’t enough if the goal of Francophone immigration in New Brunswick is to maintain the linguistic balance of the province. It’s a lot when compared to the federal numbers and if we take into account the relatively recent efforts to recruit Francophone immigrants.

For Francophones, the ability to live, work and study in French in this province contributes greatly to its allure. If we want Francophone immigrants to involve themselves in the linguistic question, we must show them that they can join the Francophone and Acadian communities and make them feel welcome. In everyday practice, Francophone immigration reveals that there is still a lot to do, especially concerning economics and employment.

Work has to be done to raise public awareness. We often hear that immigration is a positive phenomenon. However, we hear less often the reasons why immigration is positive for a province such as New Brunswick that is in a difficult economic situation. As well, it would be good to not limit the calculation of immigration advantages to economic questions (jobs created, money invested, pension plan supply, etc.) but rather to include long-term benefits such as opening up to the world, cultural enrichment and social well-being.

Benoit André is CAFI’s executive director and has worked in the area of immigration for the last two years. Please visit CAFI’s website at www.cafi-nb.org 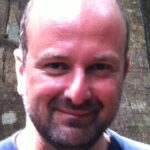