The fourth annual Festival of Literary Diversity (FOLD) came to a close yesterday. Every year during the first week of May, authors congregate in Brampton to talk about themselves, their books, their readers, other authors, Canada and diversity. The festival has grown in size and popularity, attracting the best literary talent Canada has to offer.

In 2016, prior to the launch of the first festival, I interviewed Jael Richardson, the founder and artistic director of the festival, for TAG TV. Richardson said the idea of the festival came to her in 2014 when she participated in a book conference in New York. She was stunned at the lack of diversity in the lineup of the authors. Author and event organizer, Dalton Higgins, explained to Richardson that the situation wasn’t much different in Canada.

Later, Richardson and a group of people who shared her interests decided to launch a festival that would celebrate diversity in all its forms – race, religion, sexual orientation as well as physical and mental ability. The purpose of the festival would be to create space in the literary world that would accurately reflect Canadian multiculturalism. Earlier this year, the Writers’ Union of Canada recognized Richardson and FOLD with the 2019 Freedom to Read Award.

A Review From The Rose

I have attended all four FOLD festivals, and in 2017 I was privileged to be invited as an author. This year, the festival’s main venue was the iconic The Rose theatre. Spring had finally arrived, and the longish commute from Toronto didn’t seem too arduous. I attended the session “The World is Here: Novels Navigating Love and Conflict” – which featured fine authors, all of whom had their debut novels published in Canada recently.

The panel included: Sharon Bala, author of The Boat People (a finalist for Canada Reads 2018 and winner of the 2018 Amazon Canada First Novel Award), Uzma Jalaluddin, author of Ayesha At Last (a new take on Pride & Prejudice which is being adapted into a film), The Order of Nature’s author Josh Scheinert and Manjushree Thapa author of All of Us in Our Own Lives. The conversation was moderated by Eva Salinas, a freelance journalist and managing editor of the foreign affairs news site OpenCanada.org.

Bala’s and Jalaluddin’s novels are about their protagonists coming to Canada, Mahindan and hundreds of fellow refugees in The Boat People, and poet-cum-teacher Ayesha in Ayesha At Last. Meanwhile, the stories in Scheinert’s and Thapa’s novels deal with their protagonists leaving Canada. However, in all four novels, the borders between home and away get blurred, and lives are transformed because of physical and emotional dislocation.

Salinas asked the panelists about the different kinds of borders in their stories, and how their characters and themselves as writers respond to these borders.

The borders between home and away get blurred, and lives are transformed because of physical and emotional dislocation.

Bala, whose novel is about Tamil refugees from Sri Lanka landing off the coast of British Columbia, says that more than personal, physical, and geographical borders, her characters navigate the liminal spaces of silence and secrets.

In Ayesha At Last, the boundaries are purely personal. Khalid knows he appears weird to others because of his in-your-face refusal to abandon his ethnicity and cultural roots. He doesn’t worry too much about it though, he believes that he is who he is because of his beliefs. The reader is not expected to like Khalid, but to spend time with him in order to understand him.

“People cross borders often without having a choice,” Scheinert said. His novel explores the relationship between two men, an American named Andrew and a Gambian named Thomas. The protagonists cross continental borders as well as the borders of control set by society and their families.

In Thapa’s All of Us in Our In Our Own Lives, Ava Berriden goes from Toronto to Nepal to find meaning in her life but realizes that she is unwanted despite her power.

The panel’s discussion dealt with issues that are familiar to many Canadians – issues of acceptance, belonging, identity and home. “What gives us our identity, and how much of it is related to race?” asked Eva, whose careful choice of questions accentuated the inherently Canadian character of these authors. 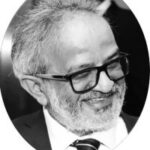