The Conservative government tabled the Anti-Terrorism Act 2015 – the latest in a string of legislative amendments aimed at protecting Canadian national security – this past Friday. The Act includes amendments to a suite of existing statutes, including the Criminal Code and the Canadian Security Intelligence Service Act. If passed, the incitement or promotion of terrorism (particularly through the internet) will be criminalized, while Canadian intelligence agencies will be encouraged to share information more frequently and freely, both with each other and with foreign partners.

Recent parliamentary debates concerning similar legislation provide a glimpse into the impetus behind the Act. On the same day as the Act was tabled before Parliament, the CPC’s LaVar Payne said that the government’s security agenda has been pushed to the forefront by the, “international jihadist movement.” Linking this movement to the October attacks in Ottawa and Quebec, he appealed to Parliament to prevent terrorists from bringing, “their barbaric, violent ideology to our shores.”

These words indicate a concern, not simply about the migration of people, but of ideas. Measures prohibiting the incitement or promotion of terrorism reflect the reality that, in the information age, terrorists are better capable of transmitting ideas and influence across borders. Methods enhancing domestic and international information-sharing are intended to better equip our police and security intelligence agencies to project counter-influences within and beyond our borders; as terrorists become more fluid, sophisticated, and transnational, so too must our security agencies.

While in this sense it is timely, the Act reflects a mindset that is timeless.

Fear of foreign or external threats slipping past our borders and subverting from within is a recurring theme in the history of Canadian national security. The internment of Japanese-Canadians – many of whom were Canadian citizens – during World War II was justified on the dubious grounds that they were engaging in subversive, “fifth-column” activity. Similarly, the attacks on 9/11 contributed to the implementation of deterrent measures aimed at strengthening border control and reducing irregular migration. These measures were augmented again in 2012, shortly following the irregular arrival of Tamil asylum seekers aboard the MVs Sun Sea and Ocean Lady and unsubstantiated claims that the vessels were carrying terrorists.

By blurring boundaries between external and internal threats, [The Anti-Terrorism Act 2015] may have a disproportionately adverse effect on migrant communities.

The Anti-Terrorism Act 2015 is part of this broader historical process. By blurring boundaries between external and internal threats, it may have a disproportionately adverse effect on migrant communities. This, in turn, may have the unintended consequence of harming relationships, particularly when it comes to trust and cooperation, between these communities and the government, ultimately reducing the effectiveness of broader counter-terrorism laws, policies and practices.

The proposed advocacy or promotion of terrorism offence, for instance, will have a “chilling effect” on the communication of political and religious ideas within the Muslim community. While at first glance it may be seen as a net gain from the government’s perspective, fear of being associated with criminal activity may discourage community members from talking to each other about the issue of radicalization, interacting with high-risk persons in an effort to counter radicalization, or reporting information to police.  This will negatively impact the internal social dynamics of communities, including the viability of community-based programs, self-regulation and other means of “collective efficacy” that have been shown to help counter radicalization and facilitate integration into broader social networks.

Like trying to hold water, the tighter one tries to grip ideas, the more they slip between one’s fingers. What about new laws facilitating the freer flow of security intelligence and other information?

On the whole, Canadian security intelligence agencies have done an excellent job protecting Canadian security since 9/11. They have done so on the strength of traditional intelligence arrangements (e.g. with the U.S., UK, Australia, New Zealand), as well as by learning to work with relatively new partners (e.g. Morocco, Syria) and technologies. They have been especially active in the context of migration and border control, playing a pivotal role in the screening and removal of migrants who have (allegedly) engaged in terrorist and other serious criminal activity.

The free exchange of security intelligence has led to several cases of serious human rights abuse in the context of migration. Perhaps, the most prominent example would be the extraordinary rendition of Maher Arar.

Unfortunately, the free exchange of security intelligence has led to several cases of serious human rights abuse in the context of migration. Perhaps, the most prominent example would be the extraordinary rendition of Maher Arar – a Syrian-born Canadian citizen who was forcibly sent to Syria, where he was subjected to torture for approximately one year. Other similar cases include Abdullah Almaki, Ahmad El Maati, Muayyed Nurredin, and more recently, Sathyapavan “Sathi” Aseervatham.

In 2006, a Commission of Inquiry concluded that the extraordinary rendition of Arar was caused in large part by the under-regulated, international exchange of intelligence and other information. It stated that the integrity of our immigration and refugee system depends on more adequate oversight and review of security agencies. Thus far, parliament has not adequately implemented its recommendations, although there has been some movement within certain quarters of the intelligence community as well as within the Federal and Supreme Courts.

When placed in this historical and institutional context, the information sharing measures in the Anti-Terrorism Act 2015 may further erode already fragile mechanisms for protecting the human rights of asylum seekers in Canada. It will also contribute to the increasing practice of labeling foreign nationals and permanent residents inadmissible to Canada. Finally, it will contribute to the denial of passports to perceived security threats and the revocation of Canadian citizenship from dual citizens, both pursuant to procedures that may infringe several Charter rights. It will be up to members of the intelligence community and judiciary to ensure that new powers are exercised in accordance with the rule of law.

Above all else, the Anti-Terrorism Act 2015 is about the control of ideas. On the one hand, it aims to limit the transmission of ideas within migrant communities. On the other, it facilitates the control of migrant populations through the sharing of security intelligence and other information. In this sense, it indirectly helps solidify the control of geographical and ideological borders.

Will the Act make us more secure? Security is at once both a state of mind and a state of affairs. It is best when the two align, but sometimes the desire to make ourselves feel secure can actually make us less safe. I am concerned that the latest string of legislative changes belies a deep-rooted insecurity about our capacity to control borders. Frequent, rushed changes to legislation provide quick answers and the sense that something is being done. But true, material security depends on relationships of trust among our police, intelligence agencies and (migrant) communities. We don’t need, and we simply can’t afford, laws that threaten to fragment these relationships.

Graham Hudson is an associate professor and undergraduate program director in the department of criminology at Ryerson University. He is a participant in the Canadian Network for Research on Terrorism, Security and Society. His research focuses on the intersection of national security, human rights and irregular migration. 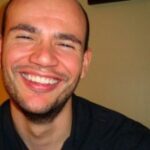