Toronto marked the World Refugee Day at Yonge-Dundas Square Thursday. Hundreds of people milled around in the sunshine, perusing the booths of NGOs working with refugees and listening to speeches and music. The bright day and upbeat atmosphere seemed to be a metaphor for Canada, a broadly safe and welcoming place for refugees. Yet, it belies the fact that the current period is one of the coldest in recent Canadian history for those seeking asylum from persecution and violence.

Canada was uncomfortable with the fact that it would be impossible to return refugees to their countries of origin at some point in the future. During the 1930s, the country hit a moral nadir in its obstructive policy, turning away Jews to the jaws of the Holocaust with the slogan, “none is too many.” Canada had the worst record of any Western democracy during the war, taking in fewer than 5,000 Jewish refugees.

After the war, pressure began to build for Canada to liberalize its still-restrictive policy. While no actual procedure would be implemented for many years to come, more and more refugees came to Canada, either through pre-existing immigration channels or through ad-hoc determination. The government, though, despite this mild loosening of policy, would refuse to sign the 1951 UN Convention relating to the Status of Refugees.

However, a steady de facto loosening of the system occurred soon and Canada took in tens of thousands of refugees from the crushed Hungarian and Czech revolutions in 1956 and 1968, respectively. By the 1970s, Canada was known internationally as a place of refuge, despite it signing the UN convention only in 1969 and the creation of a separate legal category of “refugee” only in 1976. In the years 1978-81, refugees made up 25 per cent of all immigrants to Canada.

This system, of mass acceptance and integration of refugees with seemingly few problems, existed until 2012. Under the “Protecting Canada’s Immigration System Act,” the Conservative government heavily modified the 2002 Immigration and Refugee Protection Act. The new law significantly overhauls the Canadian refugee system. First, a list of countries was created, called “designated countries of origin” or DCOs. These countries are in effect declared safe by the government, and refugee claimants are treated with extra scrutiny if they originate there. This includes countries such as Hungary, where neo-Nazi paramilitaries have fomented hatred and even murdered Roma with impunity, and Mexico, where public officials, activists and ordinary people are targeted for kidnapping and assassination. “Irregular arrivals,” as arbitrarily defined by the Minister of Immigration, have an even tougher time.

When a refugee claimant arrives from one of these countries, their journey to become a landed immigrant is much harder than that of a non-DCO refugee. Hearings are expedited, and no appeals are allowed. Many refugees are often unprepared for a complex legal hearing so soon after arrival due to having fled in haste, effectively consigning them to rejection. Perversely, mass rejection of these refugees is then used to justify a country’s place on the DCO list, making it even harder for subsequent refugees to come to Canada.

When appeals are an option, this can be reversed, but for a Roma refugee fleeing the Magyar Guard in Hungary or a Mexican union organizer fleeing drug violence, they have only one shot, and are often unprepared for it. The law also allows for deportation midway through appeals to a federal district court or the process of gaining humanitarian acceptance. The appeals themselves, as demonstrated repeatedly through statistical analysis, are effectively a lottery, with huge variation between Immigration and Refugee Board (IRB) adjudicators, appeals board members and even federal court judges along arbitrary lines. This is a problem that has existed since before the most recent reforms, but the new law does nothing to fix it and will likely make the problem worse by reducing the role of the more consistent federal courts.

Today, then, Canada’s refugee system is closing up — from placing billboards in Hungary, discouraging refugee claimants to rhetorically treating asylum-seekers as leeches on the welfare state, and public health and national security risks. While the bright and sunny day in Toronto was wonderful, for Canada’s refugee claimants and our compassionate society, there are nothing but clouds on the horizon. We no longer appear to be an open and accepting country.

Alexander Langer is a summer intern working for the Roma Community Centre, the only major advocacy group and community organization for Romani and Sinti Canadians. 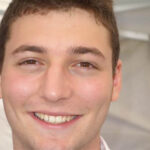