A Canadian at Euromaidan in Kyiv - New Canadian Media

I had seen the reports. Riot police indiscriminately beat innocent women and children. Tanks were shipped into the city. 20,000 people were transported into the Kyiv and paid to attend a pro-government rally. Provocateurs were paid to start fights so that a state of emergency could be declared. The National Security Agency raided opposition offices with machine guns and closed subways due to terrorist bomb threats. Reports of Russian Special Forces, who were loyal to Russian President Vladimir Putin and had no national ties to the protestors, landed in Ukraine. People talked of an impending civil war. I was afraid to go to the Maidan.

The moment I arrived, my fear melted. Tens of thousands of people greeted me to the largest cultural festival imaginable. On stage they played modern pop songs. In the crowd people grouped together and sang classic folk songs. Both the pop songs and the folk songs were about love of country and love of people. Every half hour the entire crowd burst out into the national anthem.

Grandmothers stood in the square until 4 a.m.; students would not leave. People were draped in Ukrainian flags and traditional clothing. Volunteers passed around free food and tea and manned medical tents. Young couples came here on dates. Friends shared stories, sang songs and read poems around fires to keep warm. The people were united against fear.

Through casual conversations, I learned that the people were protesting because President Viktor Yanukovych’s “democratically” elected government lost its legitimacy through corruption. Its power relies on a system of political patronage where supporters are paid with bribes or political favours. Its influence depends on propaganda and fear of economic or physical consequences. Members of the Yanukovych government embezzled money. As if that was not enough, when the Yanukovych government tried to control the people’s protests with fear, the government became undisputedly illegitimate.

The protestors know that even after the illegitimate Yanukovych government falls there is a long and difficult road ahead. They talk about how Ukraine must crack down on corrupt practices; reform the pension sector; create an independent judiciary; implement fiscal, exchange rate, and monetary policy reform; and provide for more capital investment.

The protestors aspire to modernize the Ukrainian economy so that it can grow. They want to become more economically sophisticated and diversify into different markets. They no longer want their financial well-being to rely on turning under-priced Russian materials into world-market-priced commodities. They point to Poland and other post-Soviet countries that have blossomed due to reforms implemented in the wake of the collapse of the Soviet Union.

Through an immense outpouring on the streets of Kyiv, the Ukrainian people have shown the political will to bear the cost of these reforms. If the reforms are implemented, they believe Ukraine’s economy will flourish.

For Ukraine to thrive there is one reform that must be made above all. It must be united. The Yanukovych government has a political base, part of which is legitimate. But, in December, as I walked through the barricades separating pro and anti-government rallies, I saw that it was government soldiers who prevented fellow countrymen from interacting. Like Stalin the Russian despot, members of the Yanukovych government recognize that ideas are more powerful than guns.

As EuroMaidan burst out into the national anthem, the government protestors could hear them. Hundreds of the paid protesters stop listening to the political programming so that they could sing along. They longed to be united.

It is a beautiful thing. Every time Ukrainians sing the national anthem they send a message to the illegitimate Yanukovych government. In particular, they finish with the final line:

We will lay down our soul and our body for our freedom. And by doing so we will show you that we are brothers of the Ukrainian family.

Mark Semotiuk is a Ukrainian Canadian who has been an international election observer in Ukraine on multiple occasions. 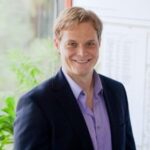