A couple of years ago, I was interviewed by student Nayani Thiyagarajah at Ryerson University for a video documentary entitled Shadeism. I spoke about shadeism in a Caribbean context, and used the term “pigmentocracy”.   The eventual result of that interview — an insightful, provocative work which has since garnered over 82,000 viewings on Vimeo — generated much interest regarding the term I raised. People wanted to know more about this “pigmentocracy” concept.

The term “pigmentocracy” was coined by Chilean physiologist  Alejandro Lipshutz (1882-1980) to describe the detailed and exacting racial classifications found in Latin American societies, where those with less pigmentation (Europeans) held higher status than those with more pigmentation (the Indigenous, Africans, Asians, and mixed race peoples). The amount of melanin determined where you are in the hierarchy.

I first learned the term as an undergraduate in my Caribbean Studies classes at York University in the 1980s, in reference to the social structure of the slave plantation. The term has since regained popularity in a contemporary social science context to re-visit the idea that skin colour might still actually have something to do with one’s life chances in the Caribbean and Latin America today. Lighter skin colour continues to hold clout in these societies, despite independence from colonialism, political leadership by those of African, Asian and Indigenous descent, and “development”. But could the term “pigmentocracy” be applied to Canadian society — to good old multicultural Canada?

Many Canadians – particularly those with less pigment – like to think that discrimination based on skin colour doesn’t really exist here. Or they like to (quickly) point out how much less racist we are than the United States. Or how “those” people need to stop complaining and be grateful to be in a country as wonderful as Canada. Or “they” should just “go back where they came from.” I am confronted by these attitudes on a regular basis as a professor of Sociology and Caribbean Studies, confronted by students who do not want to believe that there is racial inequality in Canada, or that “whites” control the majority of major institutions in Canada (political, economic, judicial, educational, the media).

In fact, simply to raise the term “white” in the classroom can be akin to the sound of a record needle scratching across an LP: schhreeeeeeeeechhhhhh. Did she just say “white”?! You don’t name the un-nameable! Only Black/Native/Asian/Visible Minority can be named. When I challenge these notions, and focus on how skin colour (along with class, ethnicity, gender, sexuality, ability, and age) all factor into a Canadian’s life chances, the evidence speaks for itself.

Why do darker-skinned kids form the majority of high school drop-outs? Why are lighter-skinned people the ones heading corporations and sitting in Houses of Parliament? Why are a disproportionate number of Aboriginal and African Canadian people incarcerated despite the fact that there are numerically less of them in Canada? Why are the highest income earners in Canada of European descent, even if they are immigrant?

Sure we have the one or two exceptions: students love to bring up Oprah Winfrey and Barack Obama as evidence of this, neither of whom is Canadian and both of whom are statistical anomalies. In reality, the reasons for these discrepancies have to do with white privilege and racial discrimination. Darker-skinned people are not naturally less intelligent or prone to criminality any more than lighter-skinned people are naturally prone to academic and economic success.

Being white in Canada scores you automatic points and privileges that do not exist (on the contrary) for racialized peoples. Study after study has attested to this. In this respect, Canada is, in fact, a pigmentocracy.

But we have to go deeper than the obvious, structural inequalities to understand how, in 2013, judgements about light and dark skin persist. How do racialized (read: non-white) communities participate in their own marginalization? By supporting and replicating their own internal pigmentocracies, ones they have often inherited from their respective colonial and post-colonial histories.  One example is the widespread use and popularity of skin bleaching creams in many immigrant communities. Immigrant parents pass on to their children the notion that lighter is better. Unfortunately, the kids are growing up in a society that is also telling them the same thing. The second generation (and the third, and the fourth) can’t win. Not only are mummy and daddy telling them to bleach, their teachers, peers, and other agents of socialization (the media, religious institutions, pop cult figures) are telling them that light/white skin colour is more desirable, more acceptable, in short, just plain “good”.

Darkness becomes associated with all things negative: badness, criminal behaviour, low test scores, can’t find a mate, sin, primitivity … you name it.  The youth either succumb to this indoctrination, filled with self-hatred and low self-esteem, or they rebel. They call out both the dominant society’s messages about their supposed unworthiness as well as expose their community’s own internal sickness, like Thiyagarajah does in her video. My advice to these youth is to try to re-claim the ancient, to go back to pre-colonial times in their own cultures, and look for the signs and the stories that affirm the darkness. If they can’t find these, then they need to re-create their own. Above all, they must not seek to create an inverted pigmentocracy by discriminating against lighter-skinned members of their own communities.

Racialized people themselves need be agents of change in this scenario, firstly by acknowledging that in many respects we do have a pigmentocracy in Canada, that discrimination based on skin colour and the outcome of this (reduced life chances) is a reality.

The only exception is the position of First Nations people, many of whom are lighter skinned than, say, people of African and South Asian descent. It is well-documented that, overall, the most marginalized group in Canada are the Aboriginal Peoples: that is why the concept of a pigmentocracy is useful only up to a point. In a city such as Toronto, with its large Caribbean, African, and South Asian communities, the concept may be more relevant than in rural Manitoba or the Yukon. However, if we start at the top (lighter) of the skin colour pyramid, rather than at the bottom (darker) the concept still holds weight. Overall, lighter skinned people hold more structural power than darker-skinned ones. Overall, within our own communities, light complexion is still often favoured over darker complexion (along with other Eurocentric attributes such as hair texture, and eye and nose shape).

We, as first-, second – and third-generation racialized Canadians need to remedy that. If we are darker-skinned we need to love ourselves in our darkness, without having to turn our anger and frustration outwards at our lighter brothers and sisters, or inwards on ourselves. If we are lighter-skinned we need to recognize and understand the structural privilege we have, not abuse that, while navigating the fact that we still experience racism. We need to address “shadeism” within our own communities, and dismantle centuries-old pigmentocracies. Most importantly, we need to stop replicating the divide-and-rule strategy of the colonizer, and unite to fight racism. 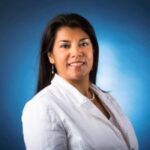