Facebook knows me well, but not that well. The other night a sponsored ad popped into my newsfeed, asking me if I could “afford” a Liberal federal government, with Liberal party leader Justin Trudeau’s picture on it.

First of all, I’m not a fan of the Conservatives, but more importantly I can’t vote in the upcoming federal election because I’m a permanent resident. I’ve been in Canada less than three years, so I don’t have a passport yet.

Here’s my biggest problem with not being able to vote: I’m not represented. The government wants me to pay my fair share for being here and I do; about 40 per cent of my pay cheque goes to taxes.

Yet, this Monday I’ll have zero say in important federal issues that affect me just as they do Canadian citizens.

This Monday I won’t able to tell Ottawa that it’s placing a disproportionate emphasis on a candidate’s age and a narrow set of skills when deciding whether to let certain foreigners in under its federal immigration program.

The government says bringing in people with specific skills will help Canadian companies address talent shortages, but the economy changes and so does the need for certain skills. A year ago, Alberta’s energy sector was booming; now it’s in a recession due to declining oil prices.

By focusing on certain skills, we’re leaving out many people who can still make economic, social and cultural contributions. One of my favourite Canadians, award-winning author Rawi Hage, who’s originally from Lebanon, likely wouldn’t have made it here under the current federal immigration skills program.

He would have never written Cockroach, a brilliant novel about an Arab immigrant on welfare who struggles with social alienation in Montreal after a failed suicide attempt.

This Monday I’ll have zero say in important federal issues that affect me just as they do Canadian citizens.

I won’t be able to cast a ballot to tell Ottawa that Canada should accept more Syrian refugees than what the country recently pledged. We’ve only taken in just over 2,300 refugees since the Syrian unrest began in 2011 and Ottawa has promised to accept a total of 11,300 over three years.

The usual argument against accepting more refugees is that they’re a burden. True, there’s an initial cost to resettle them. But studies have shown that if they receive help with integration — language training, skills assessment, school access and so on — they can make meaningful economic contributions.

This Monday I won’t be able to express that I have a problem with the Conservatives’ proposal to make it illegal for Canadians to travel to terrorist-controlled regions if they get re-elected. The only exceptions would be travel for humanitarian or journalistic reasons, but the onus would be on travellers to prove their reasons.

He continues, criticizing the government’s attempts to increase security, “The ‘humanitarian’ exemption is also a joke. These days, aspiring jihadists can easily sign up with many so-called humanitarian organizations, which are really just front groups for terrorism.”

I won’t be able to tell the government that we need a mandatory increase of the Canada Pension Plan monthly benefit so that those who aren’t lucky enough to have a workplace pension (which includes many immigrants) can still have enough money in retirement.

Every once in awhile, I’d be in a group of Canadian friends and the conversation would turn to the elections. Everybody would vow to vote out the Conservative party.

When all looks turn to me, I’d inevitably explain that I can’t vote because I’m only a permanent resident. That’s when I feel like a guest in this country rather than a valued resident.

I don’t feel like I fully belong here, even though Toronto is my home.

On election day, I won’t get to share in the exit poll excitement alongside my Canadian friends. When everyone else is refreshing their computer screen every half hour to see how the person they voted for is doing, I won’t feel invested in the outcome.

Of course, not allowing permanent residents to vote isn’t limited to Canada. It’s the norm worldwide, but that doesn’t make it less wrong. If you pay taxes, you should be able to vote, no matter how long you’ve lived in the country.

Preventing newer immigrants from political participation makes no sense. If the government can trust passport holders to inform themselves and make a choice, it can definitely trust newcomers to do the same. 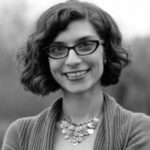 Yaldaz Sadakova is a writer and editor in Toronto. She holds a master’s degree in broadcast journalism from Columbia University Graduate School of Journalism. Much of her journalism work has focused on business reporting. She's covered the Great Recession in New York City, the euro crisis in Brussels as well as institutional investing and Canadian pension funds in Toronto. She moved to Canada in 2013. Most of her recent writing focuses on immigration. She’s the creator of Foreignish.net, a blog for long-form memoir stories about immigration.