Who holds PhDs and where were they earned?

Location of study natters more for immigrants than non-immigrants

For immigrants who earned doctorates from institutions outside Canada, the situation is troubling. This cohort has lower labour force participation and employment rates, and an unemployment rate of 6.2 per cent—more than twice the rate of non-immigrants with PhDs (see Table 2) and equal to the unemployment rate for all education levels in Canada. Collectively, the nearly 50,000 immigrants in Canada who earned their doctorates abroad enjoy virtually no employment advantage when compared with Canada’s population regardless of educational attainment. That said, immigrant PhDs fare better than immigrants without PhDs in the Canadian labour market.

What explains the difference in outcomes?

Understanding and addressing the many barriers to immigrant PhDs is critical to ensuring that both they and Canada’s economy and society as a whole can benefit from the advanced education and skills they have obtained. The ongoing work of The Conference Board of Canada’s Centre for Skills and Post-Secondary Education and National Immigration Centre explores various dimensions of the challenges facing immigrants—those with and without PhDs. It will shed light on changes that might be required as to how immigrant PhDs are educated and trained in Canada, as well as how immigrants are selected and integrated into the Canadian economy and society more generally. Watch for future commentaries and reports from both centres in 2015.

Daniel Munro has over ten years of experience in research and policy analysis on education, skills, innovation, and science and technology issues. He is is a Principal Research Associate in Public Policy at The Conference Board of Canada, and Lecturer in Ethics in the Graduate School of Public and International Affairs at the University of Ottawa. 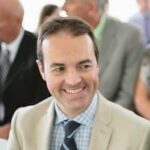