The federal election season is fast approaching. The BC civic election was a mere three months ago. Every aspiring federal politician will try to vie for the attention of every eligible voter. With so many residents speaking Chinese in the lower mainland and Greater Toronto, getting their attention in their own language seems to be a good thing for politicians to do.

A case in point is how NPA’s Vancouver mayoral candidate Kirk LaPointe’s name appeared in various Chinese newspapers when he first announced his candidacy. You don’t need to know how to read Chinese to see that they all look different.

They will, for the benefit of their consumers, translate the English proper names into Chinese. If a Chinese name was not provided, each news outlet will make up a phonetically translated name base on the mother tongue of the translator.

A case in point is how NPA’s Vancouver mayoral candidate Kirk LaPointe’s name appeared in various Chinese newspapers when he first announced his candidacy. You don’t need to know how to read Chinese to see that they all look different: Ming Pao Daily (明報): “拉波特”, Sing Tao Daily (星島日報): “拉波因特”, World Journal (世界日報): “拉龐特”, Dawa Business Press (大華商報): “凱克.拉波特”. Together, these four dailies have a daily circulation in the low six figures and reach about one in five Chinese-Canadians in the lower mainland.

Can you imagine what kind of a nightmare it would be if you try to promote yourself as a politician to the Chinese-Canadian readers of these four newspapers? LaPointe’s team soon caught on and issued an official Chinese name for him: 賴普德.

The first method, literal translation, is the most simple. This method of name creation is more applicable for organizations where their name has a meaning and less useful for individuals whose names usually carry no meaning. This method is particularly appropriate when the name has a positive connotation in Chinese. For example, the Royal Bank’s name in Chinese is 皇家銀行, which literally means Royal Bank. This method may not be as appropriate if the translated name is not so positive in the target market. For example, Volkswagen could be translated into 大眾汽車. The name was not used because “common people’s automobile” may not be the image it wants to project to the Hong Kong Chinese consumers. So it calls itself in Hong Kong 福士, a name translated using the pure phonetic translation method that means “good fortune person”. (Volkswagen uses 大眾汽車 in Mainland China, as the name is more acceptable in that market.)

The second method, pure phonetic translation, is a standard translation method used by official news outlets in China, Taiwan and Hong Kong. The aforementioned Chinese names for LaPointe used by the four local Chinese language outlets are generated based on this method. However, because the same Chinese character is pronounced differently in Cantonese (used mainly in Hong Kong) and Mandarin (used in China and Taiwan), the same English name is assigned different Chinese characters depending on the language spoken by the translator. To understand how this works, imagine how the numeric symbols 1, 2, 3, etc. are pronounced differently by English, French and German speakers even though the symbols are the same.

Our mind is set up to learn by association. It is difficult for Chinese speakers to associate a pure phonetically translated name to something in their memory bank.

This method of translation is not very helpful if your aim is to create a memorable name in the minds of Chinese speaking consumers. Our mind is set up to learn by association. It is difficult for Chinese speakers to associate a pure phonetically translated name to something in their memory bank. To understand this point, see if you can register the name “Tung Yun Tong” in your mind. The name is just three meaningless sounds that you would have a hard time to visualize. However, to most Canadians who speak Chinese, 同仁堂 is a well-known, respected and established traditional Chinese herbal store. It is with this understanding in mind that the Bank of Nova Scotia stopped some years ago from using 士高沙 (a pure phonetic translation of the word Scotia) as their official Chinese name.

The third method, beautified phonetic translation, is the most commonly used method. This is a modified approach of the pure phonetic translation method. The starting point of this method is the phonetic pronunciation of the name followed by choosing culturally meaningful homonyms. The official Chinese name for the aforementioned LaPointe, 賴普德, was arrived at by such a method. The three Chinese characters are pronounced in Cantonese as Lai Po Dug and approximate LaPointe.

The word 賴 is a common Chinese surname; 普 means general, universal or popular, while 德 means virtue or moral. Thus, 賴普德 is far better than the pure phonetic name 拉波特 used by one of the local Chinese language newspapers. Another such example is the Chinese name for the Toronto Dominion Bank. It dropped the pure phonetic name of 道美寅 in favour of the beautified phonetic name of 道明. Both of the Chinese names were based on the word “dominion”. 道美寅 has no consequential meaning while 道明 means a “bright pathway”.

The Chinese name for Coca-Cola, 可口可樂, is another wonderful example. The four Chinese characters are pronounced in Mandarin as Kē Kou Kē Lè and can roughly be translated as, “pleases your mouth, makes you happy.”

The fourth method, trans-creation, is by far the most powerful, but less used one. This method is used almost exclusively for commercial entities and rarely used by individuals. The starting point of this method of name generation is to crystallize the essence of the resulting image one wants to project onto the consumer. The second step is to pick a name that best reflects that essence, but doesn’t necessarily bear any relationship to the actual English name. Thus the HK and Shanghai Bank becomes 匯豐銀行 (plentiful remittance bank), the Bank of Nova Scotia becomes 豐業銀行 (plentiful business bank) and Manulife Financial becomes 宏利財務 (grand profit financial). The Chinese names of all three examples cited above resonate with people who understand Chinese and is by far the most effective way to brand a product unless you are working with a pan cultural name like “Apple” 萍果.

Good luck in picking a powerful Chinese name this election.

Tung Chan is Chairperson of the Board of Trustees at the Canadian Museum of Immigration at Pier 21 and an Honorary Captain of the Royal Canadian Navy. Tung is also a member of the Board of the Vancouver Foundation, the Rick Hansen Institute and the Canadian Foundation Of Economic Education. From 2006 to 2010, Tung was the CEO of S.U.C.C.E.S.S., a social service agency in British Columbia. He is among this year’s recipients of the Order of British Columbia. 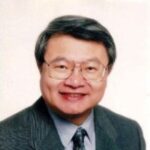