When I was a small child, sitting in the back seat of my father’s car on a street in Cape Town, South Africa, I said something to my father that helped convince him to leave the country.

I pointed to a mixed-race police officer directing traffic and said, “Look Daddy – a coloured policeman!”

My father realized the apartheid system, with its overt and implicit racism, was already infecting my three-year-old mind.

Despite being too young to tie my own shoelaces, it was already clear to me that some jobs were reserved for whites, and that, as a “coloured” young boy, my future was limited. A non-white police officer? That was a novelty – something at which to marvel.

My family left for Canada soon after that day. We loved South Africa, and we would be leaving behind everything we had ever known for an uncertain future. But my parents felt we had no choice. The injustice that caused us to leave filled my father with rage for the rest of his life. He never set foot in South Africa again.

There is a sinister movement underway across the African continent that bears a striking and tragic similarity to the days in which apartheid ruled South Africa. But this time, authorities are using sexual orientation, not skin colour, as an excuse to segregate, oppress and demonize.

“Unfortunately, across much of the African continent today, the contributions of LGBT communities are denied or denigrated; their relationships and organizations are criminalized…” – Letter to President Barack Obama from several gay rights groups[/quote]

African countries including Uganda, Nigeria, and Gambia have introduced draconian laws criminalizing homosexuality. Punishments include life in prison or even the death penalty. Attacks against homosexuals are rising – and many have been forced to leave, fearing for their safety.

“Unfortunately, across much of the African continent today, the contributions of LGBT communities are denied or denigrated; their relationships and organizations are criminalized; and hostile political rhetoric seeks to deny their rightful place in African society,” reads the letter from groups including Amnesty International, Advocates for Youth and the Council for Global Equality.

What’s Behind the Laws?

The documentary God Loves Uganda lays a significant portion of responsibility for the political push to deny basic human rights of gays and lesbians at the feet of U.S.-based evangelical groups and American Christian missionaries working in Africa. Filmmaker Roger Ross Williams draws a direct line between their ideology, which denounces homosexuality, and a climate of hate where gays and lesbians become legitimate targets.

The American missionaries and church leaders shown in the film are candid about their desire to export their values and religion to Uganda. One of the youth leaders even likens her message to DNA. In the same way DNA replicates itself, she wants her message to replicate and spread across Uganda and Africa.

One of Ssempa’s critics in the film argues Ssempa’s hateful message is imported directly from American evangelical churches, including leaders such as Scott Lively and Lou Engel, both of whom have been active in Uganda.

To decry the worst abuses of homophobia, while at the same time insisting that homosexuality is “against God’s will” is disingenuous.[/quote]

While God Loves Uganda has received near-universal praise, it has been criticized by some for being too sweeping in its indictment of western churches. Consider this excerpt from John G Stackhouse Jr.’s review of the film in Christianity Today.

“… Anti-homosexuality is clearly not a distinctive Western value. It is rife in tribal cultures in Africa and already in the outlook of Ugandans when the recent wave of American evangelical extremists arrived. Only such facts can explain the receptivity given to such people as Scott Lively (who apparently spoke for five hours with the Ugandan Parliament),” he writes.

“By comparison, when evangelicals did dominate North American societies in the 19th century, sodomy was illegal, but was not punished by anything approaching life imprisonment, let alone the death penalty. So the tired trope of imperialistic foreigners corrupting the noble savages rears its head again and must once again be dispatched by a little careful thought.”

Stackhouse seems to be saying, yes, evangelicals have a history of promoting an anti-gay agenda, but never to the extremes practiced in Uganda.

With all respect to Stackhouse, this is hypocrisy. Using faith as a vehicle for bigotry, hatred and fear is a perversion of that faith, regardless of whether bigotry existed prior to the church, or the extent to which bigotry takes hold in society. To decry the worst abuses of homophobia, while at the same time insisting that homosexuality is “against God’s will” is disingenuous.

Until religious leaders tell their flocks there is nothing sinful or unnatural about homosexuality, they are to some extent responsible for a world in which suicide rates among gay and lesbian youth dwarf that of their heterosexual peers, and homosexuals are seen as second-class citizens.

Peddling intolerance disguised as religion is not new to churches in Africa. The Dutch Reformed Church in South Africa has admitted to using the Bible to justify apartheid, and to its responsibility for the injustice and inequality inherent in such a system.

Democracies, like churches, have a duty to fight inequality in all its forms. To do anything less is un-Christian.

The end of apartheid only came about because of pressure from the rest of the world (with Canada helping to lead the way) and the courage of activists inside South Africa. This pressure included disinvestment, where companies, universities and nations stopped doing business in and with South Africa until its brutal, racist regime was defeated.

It’s time for similar measures to fight the scourge of homophobia in Africa. Democracies, like churches, have a duty to fight inequality in all its forms. To do anything less is un-Christian. 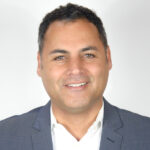 Kurt Muller has spent 20 years working as a print and television reporter in Manitoba and Ontario, and now works as a journalism educator. He graduated with an MA in Journalism from the University of Western Ontario in 1993. He was a reporter with CFTO News in Toronto from 1994 to 1997 and spent seven years as a writer for CTV News. He is also an NCM-CAJ speaker and member.