Would Chinatown still be Chinatown if there were no Chinese people? Today, only one-fourth of Toronto’s Chinese community resides in downtown Chinatown. The majority has migrated into the suburbs and beyond. While Toronto is known for housing historical ethnic neighbourhoods (Little Italy, Chinatown and Little Portugal to name a few), suburban enclaves have become the primary hosts to large concentrations of ethnic groups.

With the suburbs becoming the new place for ethnic communities to thrive, what becomes of the urban ethnic enclave? There are concerns that what is left are mere remnants of the past displayed for the purpose of tourism. Some say that through gentrification, these neighbourhoods are becoming more and more culturally obsolete each time a young hipster or yuppie couple takes residence. I say that Chinatown is an even better Chinatown than it was before and here is why:

Lewis Mumford, an American urban planner and historian, compared a city to a theater, designed to facilitate the performance of its actors to the greatest degree. If cities are designed to serve human function, then urban experience is the “integral component in the development of human culture and human personality.” The modern urban enclave promotes the multiculturalism our city prides itself in.

Toronto’s urban ethnic enclaves are increasingly de-concentrated of a predominant ethnic group, allowing smaller ethnic groups to become more visible. A 2011 Census by the City of Toronto shows that 1.8 to 2 per cent of Vietnamese, Portuguese and Spanish-speaking residents have formed visible pockets in the downtown Chinatown neighbourhood. While these numbers may seem small, their significance is rooted in the broader processes of social and cultural integration.

Among immigrants and native-born citizens, these small, unexpected combinations of cultures provide a locus for mutual identification in an urban landscape. In no other place in the city can bright Portuguese-inspired storefronts, bickering old Chinese ladies and jerk chicken fit so seamlessly together. And perhaps that is the charm of the modern urban enclave – it resembles the dynamic and diverse city we live in.

While becoming increasingly diversified, urban ethnic enclaves are a significant way of making culture visible and accessible to the passing tourist, and also the every day Torontonian. They are no longer the hot spot for ethnic immigrants looking to settle, but they are a streetcar ride away from those who want immediate access to cultures that have moved away from the city.

Perhaps living up to our multicultural reputation is not about compartmentalizing ethnic groups, but rather, about embracing the dynamic process of cultural pluralism.

As immigrants flock to the suburbs where neighbourhoods, housing and services are more culturally suitable, is segregation of suburban ethnic enclaves a big concern? Not necessarily. According to professors Mohammad Qadeer (from Queen’s University) and Sandeep Kumar (from Ryerson University), the “activity system of a typical urbanite brings her/him in contact with persons of diverse backgrounds in areas far and away.”

A 2006 study conducted by Qadeer and Kumar shows that Toronto’s suburban ethnic enclaves are themselves internally diverse. While Chinese, Italians or Indians may be the largest single group in an enclave, findings show that 51 to 75 per cent of each enclave’s inhabitants belong to a different ethnic group.

Qadeer and Kumar also argue that equal economic opportunities for immigrants and native-born Canadians alike help foster social cohesion. We should consider the economic impacts of diversity in these suburban areas, which have spawned a “wide range of ethnic commercial and service establishments.” These may take the form of Markham’s Pacific Mall, the largest Chinese shopping mall in Canada, or the array of South Asian strip plazas in Brampton and Mississauga.

Victoria is a graduate student at Ryerson University’s School of Journalism. She has an Honours Bachelor of Arts in Criminology, Sociology and Philosophy from the University of Toronto. She has lived in Hong Kong, Toronto and Vancouver. 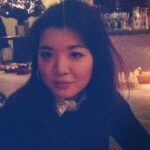