Even as most of us are glued to coverage of America’s rancorous presidential election campaign, some Canadians — notably committed Conservatives and New Democrats — now face the task of choosing leaders whose ideas and personal identities will rally current supporters, and even attract some new ones.

In the old days, partisan divides in Canada were said to be about the three Rs: religion (Catholic/Protestant), race (French/English) and region (West/Centre/East). Economic interests that fell outside those categories, like union membership, also mattered.

Today, most of these past drivers of party affiliation are either irrelevant or sporadic in their influence. Contemporary political divides have more to do with personal values than traditional group identities or our positions relative to Marx’s means of production.

To understand the social values of Canadians, Environics has conducted annual surveys of people aged 15 and up since 1983. Earlier this year we surveyed over 4,000 Canadians, tracking 74 social values that illuminate our motivations and mindsets as they relate to our roles as citizens, consumers, workers, family members and spiritual beings.

The data shed interesting light on supporters of Canadian political parties. Although over the years we have come to expect certain patterns to recur in partisans’ values, this year we were amazed at just how closely the values of Liberal and Conservative party supporters lined up with the positions and sensibilities their parties expressed during the fall election campaign.

Liberal supporters score high on values associated with diversity: multiculturalism, flexible definitions of the family and ‘social learning’ (the idea that we’re enriched by contact with people different from ourselves).

These values are accompanied by a strong sense of national pride. In many societies, strong patriotism goes hand in hand with xenophobia: I love my country, and don’t want Others to ruin it. For Canadian Liberals, the combination is quite the opposite: I love my country because different kinds of people can coexist peacefully here. Justin Trudeau’s Liberals embody these values strongly.

But Liberals’ affinity with their party’s current image goes deeper. Liberal voters also scored high on nearly all the values associated with personal style, novelty and originality. Although there is nothing novel about the Liberal party itself, a big part of its leader’s appeal was a sense of generational change and youthful flair. The images of Justin Trudeau sporting colourful socks with a sober suit, doing yoga stunts and posing for selfies might seem superficial to his critics, but these playful, spontaneous gestures resonate with Liberal voters who say they strive for such moments of fun and authentic self-expression in their own lives.

The Conservatives, currently being represented ably by interim leader Rona Ambrose, are the party most likely to dislodge the Liberals at the end of their current mandate (if any party does). Their challenge is to find a leader who embodies Conservative values as effortlessly as Trudeau seems to embody Liberal ones.

Conservatives cannot alienate the foreign-born population that represents more than a fifth of Canadians … nor can they alienate the portions of their base who would be drawn to, if not a Canadian Trump, then perhaps a Canadian Cameron or Sarkozy.

The task is not altogether straightforward. Conservatives must find a way to hit the ‘refresh’ button, presenting a new face and approach — without alienating voters who (arguably by definition) have little appetite for change.

Consider the example of the ‘Traditional Family’ value, which boils down to a belief that a ‘real’ family is a married mom and dad with kids. ‘Traditional Family’ is the single strongest value among those who voted Conservative in the last election. That doesn’t mean that it’s their top priority as a group — but it is the one that distinguishes them most sharply from the national average.

A second tricky value for Conservatives to navigate will be ‘Cultural Assimilation’ — the second strongest Conservative value. This value is the opposite of multiculturalism and registers a belief that it is the duty of immigrants to adopt Canadian customs and values, leaving behind the customs and values of their countries of origin.

One of the great achievements of the Harper government was its success in attracting immigrant voters. Their strong disavowal of anti-immigrant messages yielded rewards at the ballot box. When Harper’s team changed course — most notoriously through Kellie Leitch and Chris Alexander’s so-called ‘Barbaric Cultural Practices Hotline’ — they suffered.

The hotline episode gives a hint of the Conservatives’ dilemma on this file. They cannot alienate the foreign-born population that represents more than a fifth of Canadians — including many voters favourably disposed to both fiscally and socially conservative ideas. Nor can they alienate the portions of their base who are driving the high scores on Cultural Assimilation and who would be drawn to, if not a Canadian Trump, then perhaps a Canadian Cameron or Sarkozy.

Conservatives tend to stand out in their support for traditional social structures: religion, father-led families and hierarchical organizational models. Conservative MPs’ recent efforts to block the introduction of gender-neutral language into the national anthem was a smart way to channel supporters’ sentiments, combining a belief in both traditional patriarchal authority and a desire to simply leave existing rituals well enough alone. For them, the fact that something is traditional — regardless of the content of the tradition — holds value in itself.

Conservatives tend to stand out in their support for traditional social structures: religion, father-led families and hierarchical organizational models.

Conservatives also stand out in their fear of violence; they are more uneasy than average about the threat of violence in the world, including in their own neighbourhoods at night. Conservatives also believe disproportionately in virtues like duty and a work ethic: They believe people must shoulder their responsibilities with stoicism, not indulge themselves.

After a decade of his leadership, most Canadians and many Conservatives were ready to turn the page on Stephen Harper. But whatever false notes he hit, the former PM did a good job of embodying Conservative ideas and, importantly, conservative sensibilities.

He didn’t pretend to be fun. He worked hard and, except for a rare turn at the piano, met public life with dutiful seriousness. He did nothing if not lead an orderly, hierarchical team governed by extreme loyalty and deference. He admired all manner of traditional institutions and symbols, from the military to the monarchy.

The fact that the core values that most differentiate Liberals and Conservatives revolve around orientation to the family and social diversity is both fascinating and meaningful. We are not talking here about the usual fodder for our day-to-day policy debates: medicare, infrastructure, carbon pricing, equalization payments. Instead, values data reveal divergent orientations towards our most fundamental institution — the family — and towards the accommodation of diversity as expressed in culture and sexual orientation.

In the data’s portrait of Liberals, who have been the primary custodians of the progressive values of the country over the past 50 years (often nudged along by the NDP), you see a continuing openness to social change: support for the equality of women and those of various sexual orientations and gender identities, and acceptance — even embrace — of immigration and ethno-cultural diversity.

As the Conservative party selects its next leader, it will need to find someone who can speak to the Canadians who drive their party’s high scores on Traditional Family and Cultural Assimilation without alienating the young, urban, highly educated voters whose social and political clout can only be expected to grow. And as for tone — for the time being Canadians (unlike our American and European cousins) seem to be insisting on civility and cooperation.

Perhaps the next Conservative leader will tackle the next election by fighting sunshine with sunshine — and by finding a way to celebrate Canada Day as enthusiastically as Remembrance Day.

Michael Adams is founder and president of the Environics Institute for Survey Research.

Published under arrangement with iPolitics.ca 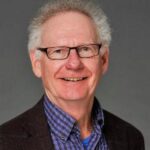