“How can I help?” For the last five days, that refrain has been like music to the ears of Ratna Omidvar, Chair of the Steering Committee of Lifeline Syria in Toronto. The non-governmental initiative, barely six months old, hopes to rally private citizens to self-organize as “sponsor groups” to resettle Syrian refugees.

The organization’s goal is to resettle 1,000 Syrian refugees in the Greater Toronto Area (GTA) over the next two years, and inject momentum into the government’s overall target of 10,000 over three years.

Since publicly unveiling the project on Wednesday, Omidvar, who is the Executive Director of the Global Diversity Exchange at Ryerson University, has been overwhelmed with offers of support. But there’s an edge of concern in her voice. “Becoming a sponsor and understanding the routes and process are extremely complicated,” she concedes.

Overseas and in Canada, securing asylum, transit, authorized entry and appropriate and supportive landing have become far more complex than during this country’s first mass refugee resettlement more than a quarter century ago. “The application forms alone have gone from three to 52 pages in that time,” Omidvar says.

A History of Refugee Lifelines

The time she’s referring to is 1979 when members of Canada’s civil society – individuals, community groups and Church groups – created the first organized private refugee sponsorship program. It was in response to the international humanitarian crisis in Southeast Asia, the aftermath of decades of war against France and the U.S.

Known as Operation Lifeline, the citizen-led response addressed the plight of the “boat people” – those fleeing wars, devastation and repression in Vietnam, Cambodia and Laos. By the late 1970s, regional and neighbouring countries had reached their capacity to receive refugees and began to refuse asylum to new arrivals.

The needs of Syrian asylum seekers are eerily familiar, with nearly four million outside the country and seven million internally displaced.

After surviving multiple waves of displacement, many were forced to take the most unpredictable and treacherous exit path of last resort: the sea. In the face of thousands lost to drowning, the international community finally stepped up.

Today, many in Canada’s now well-established resettlement sector see the similarities in Syria’s conflict. The needs of Syrian asylum seekers are eerily familiar, with nearly four million outside the country and seven million internally displaced.

Back in 1979, Operation Lifeline managed to resettle more than 60,000 Southeast Asians in Canada over 18 months, providing harbour and hope to future generations. It marked a turn in citizen generosity toward groups that did not match the British and French heritage that previously dominated immigration norms. It also earned Canadians a prominent international reputation for being a globally minded, welcoming society.

Although the government’s official welcome mat has shrunk in recent years, the people behind Lifeline Syria are feeling the citizen spirit return.

After being granted refugee status at camps in the region, “sponsored Syrians arrive in Canada as permanent residents.” It’s up to sponsors to connect them to housing and orient them to schools, health care and their new life.

Many from that original effort have helped inspire and inform the project this time around, including former Toronto Mayor, John Sewell, Professor Emeritus at York University, Howard Adelman, former Ontario Deputy Minister of Citizenship, Naomi Alboim, and Dr. Wendy Cukier, founder of Ryerson University’s Diversity Institute. Cukier plans to repeat her role as a sponsor.

And there is a notable difference with Lifeline Syria, as a core group of established Canadians of Middle Eastern, South and East Asian origin are leading the project, with experienced staff on watch.

More Than Writing a Cheque

A lesser-known achievement of Operation Lifeline, the SAH permits groups of five or more individuals to pool their resources and share the liabilities of sponsoring refugee individuals’ and families’ first year of resettlement in Canada.

With this arrangement, family members can gain the support of faith-based or other participating self-organized citizen-sponsor groups, Kotyk explains. They don’t have to wait for the government process alone to help accelerate refugees’ path out of harm’s way.

“It’s an opportunity for people to come together to share the burden, and in doing so, really connect with each other.” – Ratna Omidvar

Lifeline Syria is attuned to the hundreds of questions people have and “will be hosting at least one monthly session” explaining private sponsorship, Kotyk reports, noting the first workshop for 50 people at Toronto City Hall filled up in three days.

Kotyk adds that sponsorship is not just about money. After being granted refugee status at camps in the region, “sponsored Syrians arrive in Canada as permanent residents.” It’s up to sponsors to connect them to housing and orient them to schools, health care and their new life.

Omidvar, herself an immigrant to Canada by way of multiple migrations and forced displacement in Europe and Asia, agrees. “Writing a cheque is easy. The hard part is holding the hands of these families, once they arrive.”

Far from being a cautionary message, Omidvar, like her colleagues in this initiative, is excited as she describes how “almost 100 per cent of the people I’ve met” are eager to get involved. She notes that her own circle of university colleagues might consider sponsorship as a group, a template that she finds full of promise.

The veteran of anti-poverty and immigrant inclusion work in Toronto adds, “It’s an opportunity for people to come together to share the burden, and in doing so, really connect with each other … When I think about all the work I’ve done, somehow this work at this particular moment feels marvellous.” 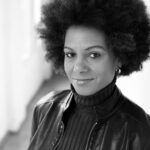 datejie produced for CBC public broadcasting and has freelanced in Canada, East Africa, the US and Jamaica. She earned her Masters degree in 2013 for research on anti-African racism in news environments. datejie has organized for journalists’ human rights, equity and inclusion, with the Canadian Media Guild and Communication Workers of America, and taught critical journalism at the University of Toronto and Western University. datejie was Asper Fellow in Media 2015, and is a graduate of the Maynard Institute Journalism in Education 2021 Media Entrepreneurship program.  Her program, Black News Views, is forthcoming in 2022.