The immigrant service sector may be on the verge of a “fiscal cliff,” faced with reduced funding from several levels of government and a dramatic shift in the profile of newcomers arriving in Canada, an Ottawa conference heard on the weekend.

In a presentation that was designed to be provocative, Meyer Burstein, director of policy and planning for Pathways to Prosperity (P2P), highlighted some of the shifts underway: more immigrants headed to western Canada, a higher number settling in rural areas and an “explosion” in the number of non-permanent migrants. P2P describes itself as “an alliance of university, community, and government partners dedicated to fostering welcoming communities and promoting the integration of immigrants and minorities across Canada.”

Mr. Burstein talked about the “rapid changes” that have occurred in “the whole settlement ecosystem” – from the ‘flatlining’ of immigrants through the family class to the dependence of many settlement organizations on government funding, while cutbacks occur at the federal level and are expected at the provincial level as well. He commented on the sector’s lack of capacity to respond to these and other changes and the need for innovation and to “capitalize on key strengths” in the sector.

There is arguably a “reduced need for service,” he said, urging settlement agencies to use new technologies and existing networks to identify new sources of funds.

Jon Worren, of MaRS Discovery District, also discussed innovation in the sector, and presented a business model framework for use by the sector. Adnan Qayyum of Pennsylvania State University stressed the importance of smart targeting and “high touch” services for newcomers – some of whom may be exposed to a deluge of information.

Some Pathways participants expressed opposing views, noting that the sector has adapted from a focus on refugees to that of skilled workers. Challenges to sharing information and best practices were also noted given the competing nature of contribution grants and contracts.

The Quebec node of Pathways to Prosperity hosted a roundtable discussion on the Quebec Charter of Values and its implications on immigration. Panelists from universities both within and outside of Quebec, as well as provincial networks working with minority groups, addressed the reasons behind the charter’s development as well as its implications for minority (ethnic and language) communities.

Chedly Belkhodja of the University of Moncton stated that the charter’s development is “politics at its best,” noting that Pauline Marois’ Parti Quebecois is seeking to “define its turf” and be in a clear position before the next provincial election. Prof. Chedly also stated that the discussion in Quebec is “not different from the discussion in other countries,” countries that are also retreating from multiculturalism and blaming immigrants (e.g. Arabs, Muslims) for internal issues.

Pathway investigators sought to use the panel discussion to identify needed research areas. Participants noted a need to find out what immigrants in other parts of Canada are thinking, as well as the views of religious Quebeckers before and after the establishment of the charter.

Pathways organizers expressed a desire to set up a “repository of information” and to make the sector’s voice more visible in research. From the audience, Getachew Woldyesus, of Saskatchewan Association of Immigrant Settlement and Integration Agencies (SAISIA) offered a “challenge to the academic community,” noting their power and that government “policies are based on what [they] write.” Mr. Woldyesus, with visible support from others in the audience, addressed the need for the academic community to be aware of its role and to serve as “an ally” and to work with local service providers.

Pathway organizers intend to make the conference an annual event, providing future opportunities to bridge and reinforce the relationship between researchers and settlement service practitioners. 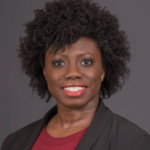