After much fanfare and a fair share of controversy, the Times of India Film Awards (TOIFA) arrived in Vancouver, British Columbia last Saturday with a kickoff event “Celebrating Women”.

The success of the International Indian Film Awards (IIFA) last year in Toronto, Ontario seems to have cemented the link between India’s Hindi film industry [popularly known as Bollywood] and mainstream Canadian politicians, by way of the elites in the Indo-Canadian community. This year the industry has been wooed by the governing Liberal Party, with the province of British Columbia budgeting $11 million for TOIFA.

A staple in South Asian households across the diaspora for generations, today’s Bollywood seems to be catering only to the elites and not to the wider communities that put it on the map in North America.

Celebrating Women was organized to coincide with International Women’s Day (IWD). I use the word coincide advisedly instead of commemorate or celebrate as nothing about the event was recognizable as having anything to do with IWD. Indeed, the event could more appropriately be characterized as a hijacking of the issues — often life and death ones — which women all around the world, including in India and Canada, associate IWD with to commemorate and renew their collective struggles for economic, social and political justice.

First, some background is in order. The B.C. government’s decision to spend millions to bring TOIFA to Vancouver in advance of the upcoming May provincial election sparked off a controversy as soon as the public announcement was made. The Liberals were accused by mainstream commentators of pandering to the South Asian community by wasting precious tax dollars on a Bollywood extravaganza instead of supporting the local film industry.

Supporters of the event, including many from the South Asian community, noted that South Asian Canadians also pay taxes and pointed to the tax dollars that have been squandered in even greater measure on previous mega-events (the Olympics, Expo ’86, etc.). TOIFA, argued its proponents, would bring economic benefits to the province by boosting tourism from India, attracting Bollywood film productions, and generating an all around feel good factor towards B.C. among the readership of the powerful Times of India media conglomerate.

Promoting trade and cultural links between Canada and India has been high on the Canadian political agenda — federally and provincially — for some time now, given the rise of India as a socio-economic power to be reckoned with and of Bollywood as a major player in the global media industry.

The enthusiasm for partnerships was also fueled by the coming of age of the Indo-Canadian community, well enough established by the end of the 20th century to make major inroads into the economic and political mainstream of the country in which they had long struggled to be accepted as equals. Indeed British Columbia, the site of the landing of the first South Asian migrants to Canada at the turn of the 20th century, has featured prominently in the strengthening of these partnerships.

The first generation of South Asian migrants laid the foundation for such links from “below”, so to speak, as the early community organized its settlement in Canada in conjunction with fighting British rule in India. Taking on the racism of both British imperialism and the Canadian state whose immigration policies sought to prohibit the permanent settlement of what were then classified “non-preferred races” (i.e. ‘Orientals,’ ‘Hindoos’ and Blacks) was central to the social and political vision of these migrants.

Maintaining relations with their families and communities back in India was thus vital to their politics, as were the community networks they forged in North America as they strived for economic survival. Their advancement was linked to their struggle to liberate India from colonial domination. Early South Asian women migrants were central to these struggles, for the immigration policies of the day sought to specifically deny them entry into a Canada committed to protecting itself as a white man’s country.

All that was to change rather rapidly post World War II, with British colonies, including India, becoming independent and the liberalization of immigration and citizenship laws in 1970s.

Canada began to experience labour shortage and could no longer rely on emigration from Europe and the other white settler colonies to meet its needs. India became a leading source of immigrants, and Canadian multiculturalism became the strategy of choice for the integration of South Asians into the Canadian political economy as “visible minorities” and “cultural communities”.  By the early 21st century, Statistics Canada reported that visible minorities account for 16.2% of the country’s population, with South Asians being the largest group (25 per cent) among them. In a mere century since the first South Asians arrived in British Columbia, they have become the largest non-white racial minority in the country. Given this historical context for the diasporic South Asian community in Canada, what can be made of how TOIFA/Bollywood chose to mark its arrival in B.C.?

Events like TOIFA play a critical role in the transnationalization of Bollywood from “above”, a phenomenon that is a feature of neoliberal globalization. Nevertheless, Celebrating Women in Vancouver has a particular “national” specificity. Such national considerations were evident in the choice of three women speakers from Canada and three from India — all presented as “successful women”  who were invited to share their “inspiring stories” with the largely well heeled sector of the South Asian community in attendance. And the speakers certainly delivered, congratulating themselves on their own successes and sharing with the audience how inspired they were by themselves. Not a word from the speakers about their achievements being built on the collective organizing of the South Asian women who came before them, and the organizations and movements these women had built to fight for women’s rights. More disturbing, not a word either from the panel about the event being located on the lands of Indigenous peoples whose territories were stolen and who are continuing to fight for their sovereignty.

The B.C. politician on the panel pointedly noted that family and friends are important in helping women get ahead. But she neglected to mention how her government — headed by a woman premier — is responsible for implementing policies that are increasing the impoverishment of women and their families in the province and actually pushing women back by eroding many of the gains made in previous eras.

Nor did she mention the latest scandal to hit her party with the leaking of a memo describing how it was in essence planning to buy the “ethnic” vote — such as those of the women sitting on the panel with her – in the upcoming election through the funding of events just like this one. A following speaker acknowledged how important it is for women to speak up and then went on to thank men for allowing women to speak. Another explained how she refused to be treated as a princess by her family. Yet another talked about the neuroscience of philanthropy wherein scans apparently show the brain lighting up when one gives to community, cheerily telling the audience that philanthropy can now stand in for anti-depressants! And on and on they went, with all the speakers celebrating their own philanthropic commitments as a form of women’s empowerment, confusing charity with equality and justice for women.

Silence about violence against women

Vancouver is home to some of the oldest and strongest South Asian women’s activist groups and networks in the country. Not one of these was acknowledged in TOIFA’s celebration of its successful women — who have presumably won their successes single-handedly! In a country that has seen the disappearance and murders of over 600 Aboriginal women, an alarming number of them from the streets of Vancouver, not one word was spoken about the status of Aboriginal women in Canada and the urgent need for the South Asian community to stand in solidarity with First Nations women. South Asians in Canada have become complicit in the ongoing colonial dispossession and violence against indigenous peoples, and many activists in the community are trying to change this by supporting indigenous struggles for sovereignty.

The only show of solidarity with Indigenous peoples in the entire evening came in the “entertainment” section, with the ensemble Sticks ‘n Skins — featuring First Nations, South Asian, Japanese, African, and Cuban musical styles  – beginning their fabulous performance by acknowledging that the province of B.C. remains unceded indigenous territory.

If the successful women from Canada did not have the time or inclination to mention the rape and murders of Aboriginal women, or the violence experienced by South Asian and other non-indigenous women, including white, in Canada, the speakers from India likewise had nothing to say about the rapes, murders and violence against women in India.

Instead, what followed the panel of speakers were two fashion shows, one showcasing a BC designer, the other an Indian designer. Featuring models identical in body type, hair and make-up styles, they showcased the objectification and sexualization of women’s bodies for which the fashion industry is notorious.

At any other event, such a performance would have been hard enough to stomach for any person with a commitment to ending the oppression of women. But in the wake of the widespread women’s activism in India against rape, state violence and corruption, and with Aboriginal women in Canada leading the Idle No More movement that has galvanized international support for the struggle for indigenous sovereignty and opposition against the draconian powers assumed by the Canadian state, TOIFA’s appropriation of IWD was especially galling.

Dr. Sunera Thobani is an activist and teaches Women’s and Gender Studies at the University of British Columbia. Reproduced with permission from the author. 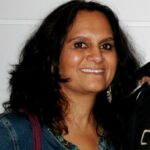