Most of Islam’s leaders present their faith as one of peace. That, unfortunately, is not how a majority of Ontarians see it these days.

According to a study commissioned by the Ontario Council of Agencies Serving Immigrants (OCASI), “only a third of Ontarians have a positive impression of the religion and more than half feel its mainstream doctrines promote violence (an anomaly compared to other religions).” Of Canada’s six major religions, Islam is the one most likely to be viewed by respondents as an incubator of violence. The report concludes that “there is an epidemic of Islamophobia in Ontario.”

There is, of course, also an epidemic of radical Islamist terrorism in the world, playing out nightly on the video screens and smartphones of the globe. Just this weekend ISIS slaughtered 200 people in a Baghdad market. According to Le Monde, in the first eighteen months after it established its “caliphate” in 2014, the terror group killed 1,600 people in 83 terror attacks and hostage events in 20 countries. And whatever the Orlando shooter’s true motivations, he claimed to have killed fifty people at a gay nightclub in ISIS’ name.

Many religious Islamic states, such as Saudi Arabia, oppress their own people, particularly women, in the name of Islam. They mete out violent punishments for “crimes” such as adultery, blasphemy, pursuing same-sex relationships and criticizing the government, punishments which include lashes and death by stoning. When the Saudi government attempts to justify these punishments as consistent with or Muslim religious law, it doesn’t make Islam look like a faith that likes to turn the other cheek.

Asking the average person to ignore this — to completely separate violence practiced in a religion’s name from the religion itself — is a tall order. While it’s true that the vast majority of Muslims want nothing to do with ISIS, abhor its practices and are far more likely to be its victims than its accomplices, the fact remains that its atrocities cause the Muslim faith to be viewed with suspicion and fear.

Asking the average person to ignore this — to completely separate violence practiced in a religion’s name from the religion itself — is a tall order.

And as long as countries like Saudi Arabia continue to follow a form of religious law that runs completely counter to Western values of equality, freedom and minority rights, Islam will have a hard time being seen as a religion of peace.

Islam isn’t the first faith to be linked to violence, of course. The Crusades saw Christians and Muslims wage war in the Holy Land from the 11th to the 15th centuries. The Catholic Inquisition saw thousands of Jews expelled from Spain and thousands of other “unbelievers”, including Muslims, tortured and killed. In 19th and 20th century Canada, up to 6,000 First Nations children died in residential schools run by Christian priests and nuns; countless others were abused. Between 1969 and 2002, 5,000 people died in Northern Ireland due to sectarian violence between Catholics and Protestants. In 1985, Sikh terrorists bombed Air India Flight 182 out of the sky, killing 329 passengers. Religious violence in India between Hindus and Muslims continues to claim nearly a hundred lives a year.

And as with many ‘religious’ movements, many of ISIS’ motivations are rooted not in faith — or even in a perversion of faith — but in power, money and territorial control. In war-torn regions where legitimate employment is hard (or impossible) to come by, many recruits join the organization purely for the income. Nevertheless, at the root of ISIS lies a fundamentalist, extremist version of Islam. Here’s how writer Graeme Wood described it in his fascinating, in-depth profile of the terror group for The Atlantic last year:

“Virtually every major decision and law promulgated by the Islamic State adheres to what it calls, in its press and pronouncements, and on its billboards, license plates, stationery and coins, ‘the Prophetic methodology,’ which means following the prophecy and example of Muhammad, in punctilious detail. Muslims can reject the Islamic State; nearly all do. But pretending that it isn’t actually a religious, millenarian group, with theology that must be understood to be combatted, has already led the United States to underestimate it and back foolish schemes to counter it.”

Until ISIS is defeated, Islam will continue to be viewed with suspicion and mistrust. Until Islamic governments treat women, minorities and LGBT individuals as equals, the faith will be seen as discriminatory and out of sync with Western values.

And all the public education campaigns in the world, such as those currently playing out across Toronto, won’t change the fact that fundamentalist practitioners of Islam maintain a worldview very different not only from those held by non-Muslims, but from those held by moderate Muslims as well.

And all the public education campaigns in the world, such as those currently playing out across Toronto, won’t change the fact that fundamentalist practitioners of Islam maintain a worldview very different not only from those held by non-Muslims, but from those held by moderate Muslims as well.[

As with any extremist religion-based movement, it’s the latter group that holds the key to transforming the faith and the way it is perceived. Moderate Muslims need to speak out against extremism, from the mosque to Main Street. Otherwise, radicals and their actions will continue to feed the fires of prejudice, help elect Donald Trump to the White House, and undermine the very principles of tolerance and equality which Western countries — including the millions of Muslims who call them home — hold dear.

Published under arrangement with ipolitics.ca 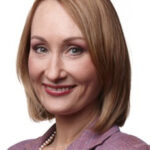