Microaggressions have been a constant during Dr. Stephanie Go’s career as a physician in Canada. Despite growing up here, she has had to field questions like, “Where are you really from?” by patients and their families on a regular basis. Still, that didn’t prepare her for the racist accusations she recently encountered at the Toronto hospital where she works in internal medicine treating patients with COVID-19.

“This problem with the pandemic is because of the China virus. You, Chinese people, eat everything. Your dirty eating habits is why we’re in this.” The sudden tirade from her patient, a white middle-aged man, shattered Dr. Go’s illusion of her workplace as a safe space.

Amy Go, Stephanie’s aunt and President of the Chinese Canadian National Council for Social Justice (CCNC-SJ), says that other family members and friends have experienced similar incidences of racism during the COVID-19 pandemic, many in public places.

“There’s no doubt the pandemic has hit Canadians hard, socially and economically,” Go says. “But Asian Canadians bear the additional burden of being the target.”

Since the start of the pandemic a year ago, organizations like the CCNC-SJ and the Angus Reid Institute have documented the increase in racist attacks experienced by immigrant communities.

The CCNC-SJ is one of 10 Ontario organizations that participated in a pivotal study recently released by the Mosaic Institute, which proposes solutions for improving race relations.

The report Dialogue on Race Relations, released in January 2021, is based on community consultation that builds on a 2019 landmark survey of more than 3,000 Canadians about their experiences with racism.  The report shows racism in Canada was already on the rise, even before the pandemic.

“The findings should be a wake-up call to us all that racism is not a purely historical phenomenon as many Canadians would like to believe,” says Akaash Maharaj, CEO of the Mosaic Institute.

The research was mostly collected prior to COVID-19. At that time most respondents believed racism was a common occurrence for Indigenous and Black Canadians, but not Chinese Canadians. Over the past year, the spike in anti-Asian racism fueled by the pandemic has turned that perception upside down.

The  Vancouver Police Department says there has been a 700 per cent rise in hate crimes against Asian Canadians from 2019 to 2020. Meanwhile, the CCNC-SJ has collected over 1000 reports from victims and witnesses of hate, though many more are likely unreported. Go believes that “the unabashed racist attacks” in public show perpetrators believe they will get away with their actions.

“Coronavirus has provided people who are already nurturing feelings of hatred and intolerance a sort of way of justifying their behavior,” Maharaj says. Blaming Chinese Canadians for the pandemic represents “a perverse form of patriotism,” that seizes on an old idea that not everyone who lives in Canada is a real Canadian.

One of Mosaic’s key report recommendations is ensuring that any research data collected by the Ontario government is categorized by ethnic groups in order to reveal racial inequities. This practice must be done with care so that groups with different lived realities are not put under the same umbrella.

The report also recommends changing the education system to teach the histories and perspectives of racialized communities in Canada at all levels of schooling.

A third recommendation is to create an anti-racist framework that centres the perspectives of racialized communities in the process of changing current systems and structures so they benefit all Canadians.

Although the pandemic has altered the landscape in Canada, “the recommendations are relevant,” Go says. “They are really recommendations that advocates fighting for racial justice have been demanding that we need to look at.”

Gaps in policies to address racism

Go acknowledges the devastating effects of anti-Indigenous and anti-Black racism and stands in solidarity with Indigenous and Black communities. Yet she notes that while Canada’s current national anti-racism strategy recognizes these specific forms of racism, “it is totally silent on anti-Asian racism.” 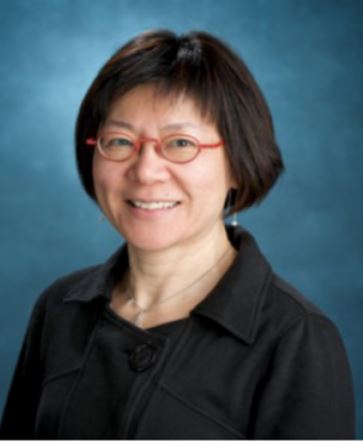 In Go’s view, the Mosaic Institute study needs to address the different forms of racism and their impacts, including the surge of anti-Asian racism during the pandemic.

There is also a lack of Indigenous input to the study. Although Indigenous leadership is listed as a key component in developing anti-racist policies, they did not participate in the study.  According to Maharaj, none of the organizations had the necessary funding or staff to participate.

“These days, almost everyone wants to talk to Indigenous Canadians which is a huge improvement, but very few institutions or governments are providing Indigenous institutions with increased resources to meet that demand,” notes Maharaj, who says these financial barriers need to be addressed.

The report also does not explore how hate speech on social media can incite racist acts. For example, it’s well known that Facebook hosts many white supremacist and anti-Semitic groups with hundreds of thousands of members. Maharaj says the Institute has been working with the Federal Department of Heritage as well as Facebook to address how the content on social media platforms can be better regulated and monitored.

The Mosaic Institute plans to follow up with the Ontario government – a partner in the project – as well as the Federal Anti-Racism Secretariat to press for implementation of its recommendations.

The Ontario Anti-Racism Directorate has committed to a review of the current anti-racism strategy by March 2022, which will incorporate community perspectives captured in the report. It is also putting a framework into place to collect race-based data and standardize how this is used across different government sectors.

Yet as Maharaj concludes, “the real question is to what extent these institutions have the ear of ministers, and to what extent administrators will go to implement the recommendations.”

Ultimately, implementing changes will require handing decision-making power to new voices.  Maharaj says that will be a challenge.

“Bringing people to the table who have not been included in the past necessarily means having to say goodbye to some people who have been accustomed to sitting at the table.”

Maharaj says there is a critical need to educate non-racialized Canadians on the benefits of building an equitable society, a priority which the Chinese Canadian National Council for Social Justice is acting on now.

CCNC-SJ has launched #FaceRace, a collaborative online campaign to educate the public on anti-Asian racism and allow Chinese Canadians to share their personal stories.

And Dr. Stephanie Go is taking action on her own as well. Three months later, as she continues to experience disproportionate microaggressions as a racialized woman in a male and white-dominated profession, she is fed up with “these little things that eat at your psyche”.

After working through feelings of self-blame for not saying anything at the time of the incident, Stephanie reported it to the hospital.

For Dr. Go, calling out racism is an important part of the solution. “In order to treat the disease,” she says, “you need to diagnose it.”

Assistant Editor (special projects) - Daniela Cohen is a freelance journalist and writer of South African origin currently based in Vancouver, B.C. Her work has been published in the Canadian Immigrant, The/La Source Newspaper, the African blog, and ZEKE magazine, and is upcoming in Living Hyphen. Daniela is an NCM-CAJ Collective member whose particular areas of interest are migration, justice, equity, diversity and inclusion. She is also the co-founder of Identity Pages, a youth writing mentorship program.