I will always remember the time when I heard a man yelling “Go back to China” at a social activist whom I admire at her mayoral campaign in Toronto some years ago. Being Asian myself and an undergrad student back then, I questioned: is racism really something Asians must still deal with, despite their achievements?

Many Asians in North America can tell you their personal stories of racism. My underlying fear surfaced when anti-Asian violence linked to COVID-19 spiked all over the continent, driven by a false rhetoric that blames Asians for the pandemic.

Following the recent shooting of eight people in Atlanta, six of whom were Asian American women, the mayor of Atlanta has declared it a hate crime, even though the police say it is too early to determine the motive.

Earlier this year in San Francisco, an 84-year-old Thai man, Vicha Ratanapakdee, was shoved to the ground during his morning walk and died. The perpetrator, Antoine Watson, was a 19-year-old teen who ran full speed into the victim. Watson was charged with murder and elder abuse. He pled not guilty.

He was not charged with hate crime because of lack of evidence that the attack was racially motivated. However, there was also no evidence of Ratanapakdee, the victimized Asian senior, provoking the attack. While there was no racist verbal abuse, the fact that Watson violently attacked the senior without taking anything from him made this case a possible hate crime, amid a pandemic that generated a high pattern of similar attacks on Asians.

The sad thing in this tragic fatal event is that the court was not able to charge the “hate” component of this crime. This outraged the Asian-American community.

Yet, hate crimes are not something that only happens south of the border. In Vancouver, a city with a large Asian population, anti-Asian hate crimes rose by 717 per cent in 2020. After a 92-year-old man was thrown out of a grocery store and pushed to the ground last year, we should question whether Vancouver is still a safe city for seniors of Asian descent to walk outside.

How to prove a hate crime

Hate crimes have always been difficult to identify and prove. In Canada, police refer to such offences as “hate-motivated” or “bias-motivated” crimes and need to identify both the “crime” part and the hateful motivation behind it.

Language offences such as anti-Asian slurs are considered hate, while assaults such as vandalism of property motivated by racial bias are considered crime, according to an explainer by Peel Regional Police. They must both occur for police to lay a criminal charge under the Criminal Code.

The Code itself is also complicated to navigate through to pinpoint the appropriate level of punishment for hate crimes. Some perpetrators are jailed, others walk free.

The “hate” component of hate crimes is often where lawyers try to find excuses in order to mitigate punishment for the offence. This was exactly the strategy that Watson’s defender used, by saying that the attack had to do with “a break in the mental health of a teenager” and was not racially motivated.

Freedom of speech as an excuse

The blurry line between hate speech and freedom of speech also makes it easier for racists to get away with their unacceptable actions. Hurtful racial slurs toward strangers on the street are deemed to be hate incidents that are non-criminal and can even be protected under the principle of freedom of expression in some cases.

There is also lawyers’ perspective to consider. Since it is difficult to prove hate crimes, some prosecutors are reluctant to convict offenders of this sort. A former federal prosecutor in the U.S., Shan Wu, wrote in a recent opinion piece that he had not prosecuted a single (racial) bias-related crime in his 11 years as a prosecutor.

As Wu notes, some prosecutors would argue that if the likelihood of conviction is low, acquittals may undermine confidence in the criminal justice system. But not trying to prove hate crimes when hate crime laws are on the books undermines the system more because “it sends the message that hate crimes do not really matter,” Wu argues.

Not only are anti-Asian hate crimes and incidents under-identified and under-prosecuted, but they are also under-reported. The actual number of cases could be higher than reported because Asian immigrants see themselves as newcomers in North America and are often fearful of coming forward. Some Asians come from backgrounds where police often do not take people’s reports seriously.

The fear of speaking up also explains why movements against anti-Asian racism do not compare in size to that of Black Lives Matter. Most people have probably heard about George Floyd’s case by this point. But not a lot of us know the story of Vincent Chin, a Chinese-American who was beaten to death in 1982 by two men who blamed Asians for stealing jobs in Detroit. The killers received a fine and probation, but never spent a day in jail.

The authorities must take hard actions to reduce anti-Asian racism. The government must condemn hate crimes and hate incidents, while the courts must administer appropriate punishment, be it jail time and/or fines. This is the only direct and immediate way to reduce hatred and the harm it causes.

The government must also maximize public communication about the legal penalties of hate crimes to deter perpetrators and encourage victims to immediately report incidents to the police. Saying “racism has no place in our society” or condemning racists in a public statement without mentioning the legal consequences is not enough.

Assuming that the police force does take hate crimes and incidents seriously, there is still a need for better training to detect, collect and investigate any evidence. The police should also proactively update victims about progress of investigations, so the victims do not feel neglected and lose trust in law enforcement.

Canada has always relied on Asian-Canadian immigrants to build this country; it cannot afford for them to stop coming or start leaving because of racism. Those who spit on them, swear at them in a supermarket parking lot, or push them to the ground amid a pandemic or at any other time must pay a legal price. 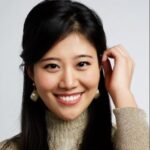 Camilla Liu is a Master of Public Policy candidate at McGill University. She has organized Asian
Heritage Month and Black History Month events for the Government of Canada and
passionately promotes ethnic diversity. She hosted a community radio show in Ottawa that
focused on stories of Asian Canadians and was a master of ceremonies for several events in
the Ottawa and Toronto Chinese community.