Lost in the Wasteland of Survival Jobs - New Canadian Media

The rhythmic sound of embroidering machines surround Mariam Said Mobinullah as she expertly navigates her way around a sea of powerful equipment. She reaches for the box of buttons, clasps and hooks; attaching them to various garments in one fell swoop. With movements that have become all but muscle memory, she wastes no time stitching initials onto the assortment of robe bags. There are targets to be met.

However, in the midst of another eight-hour shift which pays minimum wage with no benefits, Mariam reflects on her disappointment. She admits this was not how she envisioned life in her adopted country. As a hand sewer in a tailoring factory in Toronto, her days now involve working with varieties of gowns, coats, shirts, pants and scarves. A far cry from her days as a teacher back in Kabul.

Looking to escape war-torn Afghanistan, Mobinullah moved to Canada with her family over five years ago. Her hope lies “in the good dreams I have for my children’s future” as the silver lining to her struggles.

She is not alone in finding difficulty as a new Canadian. The road to an immigrant realizing the “Canadian Dream” is fraught with roadblocks about one’s qualifications and whether employers will recognize them. Highly skilled professionals with university degrees in their native countries are often relegated to survival jobs and paid a minimum wage with no job stability in sight. Hence the stories about doctors driving cabs or engineers as security guards or delivering pizzas. And with that low income demographic comes the term “working poor”.

Is the initial difficulty experienced by new Canadians in finding a job in their line of work a rite of passage?

This was the dilemma Mayurika Trivedi found herself in when she arrived in Canada from India in 1997. She proudly says “I’m not a newcomer. I came to Canada with my two sons.” However, her accounting and business administration degree did not land her a professional job but instead she started as a machine operator in a factory.

She was also subjected to that dreaded mantra: No Canadian experience.  Frustrated by the lack of information for new arrivals and not enough training resources, she had no choice but to work the night shift in an automotive factory. Later on she was transferred to the day shift.

Mayurika was forced to leave her job in 2010 when her husband fell ill. In spite of the hardships she is not giving up and plans on going back to school “to upgrade my education and help me in my career”. She hopes to one day be financially independent so she is able to fulfill her dreams.

Heartbreaking, as is the plight of 1.5 million women in Canada living on a low income. This is a fact of life which Mariam Said Mobinullah and Mayurika Trevidi face in a G7 nation.

While some immigrants have given up on the “Canadian Dream” and returned to their home countries, that option simply does not exist for many. Moving away from places that do not offer the same liberties or securities, a trip back could prove costly in the long run.

It can still be an uphill climb for many professional women who arrive in Canada fleeing war or persecution. There can be subtle yet systemic racism based on the colour of one’s skin, a foreign-sounding name or accent.

It is distressing that 28 per cent of visible minority women live in poverty; almost 70 per cent of part-time workers are women and 60 per cent of minimum-wage earners are female, according to the Canadian Women’s Foundation.

Dr. Izumi Sakamoto, of the University of Toronto, points to employers who knowingly or unknowingly are discriminating against immigrants by prioritizing “Canadian experience” over credentials that may have been obtained abroad. “When they show up to job interviews, they’re told they don’t have Canadian experience and can’t be hired. Somehow your experience is inferior to that of a Canadian,” she explained during an interview on CBC Radio’s Metro Morning.

In 2013, the Ontario Human Rights Commission ruled the question of “Canadian experience”, a violation of the Ontario Human Rights Code. However, as new Canadians continue to face this obstacle, it’s clear that a more practical solution must be implemented. Sakamoto calls for more awareness as Canada looks to open its doors to more skilled immigrants. That it has become a code violation is good news, but remains small comfort for the thousands in Ontario mired in survival and precarious jobs. 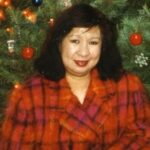