In 1916, women across the nation rejoiced as Manitoba became the first province to grant women the right to vote. Looking back, it’s almost ludicrous to think that gender could determine one’s status within society. Fast forward 100 years, however, and women around the world are still at the forefront, advocating for much needed change. Silenced for far too long, women are passionately speaking out about inequalities and injustices everywhere they can, including in books. Telling Our Stories: Immigrant Women’s Resilience is creating awareness about sexual abuse among immigrant and refugee women.

Women’s voices are to be heard, and they are demanding equal opportunity. And the world is listening. Even Saudi Arabia, which previously served as the only country that still barred women from driving, will make a change in a ruling set for 2018 implementation. Canada, on the other hand, is a country that affords equal rights to men and women.

7.5 million people immigrated to Canada in 2016. And while specific motives may differ, the country’s stance on equality and the subsequent avenues of opportunity are a big reason such a diverse range of people can call it ‘home’. Based on recent findings, the Ministry of the Status of Women reports that 55% of all Canadian doctors and dentists are females. An optimistic sign of the progress that has been accomplished thus far. However, equal rights don’t always mean equal pay. In Ontario, for example, the average woman earns $33,600 annually, while a man earns $49,000.

As if that’s not enough to bring spirits down, other hurdles still exist when it comes to leadership amongst women. The Canadian government, along with Skills for Change has been conducting periodic Gender Based Analysis’ since 1995 with the most recent one taking place in 2013. The findings identify the following 8 barriers: Language and Communication, Looking for Opportunity, Unemployment, Lack of Confidence, Cultural Differences, Working Survival Jobs, Finances and Refugee Status.

New Canadian Media (NCM), along with Skills for Change and the Vanier Institute for the Family are partnering up on an exciting project available to members of the NCM Collective. Together with the Ontario multiculturalism program, NCM has been commissioned to produce a series of 20 original pieces of journalism that speak to this theme: Women as full participants in Ontario’s immigration story.

Female members of the NCM Collective have the opportunity to showcase different perspectives on a range of topics. With a focus on Ontario’s rich multi-culture, these individual pieces will provide a better understanding of the talent that the mainstream so often ignores. Even in a country that emphasizes equality, women are not always provided the same opportunities to express themselves as their male counterparts.

Writers interested in participating are encouraged to join the NCM Collective for an opportunity. Additional details such as compensation and content guidelines will be communicated as pitches are received. 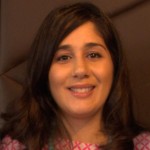