Immigrant Women Now Find Themselves on Two Frontlines - New Canadian Media
Research suggests that very few immigrant women get jobs when they arrive in Canada. Common barriers to their employment are the lack of "Canadian experience" and "Canadian education". Photo: [Jérémy Stenuit on Unsplash] 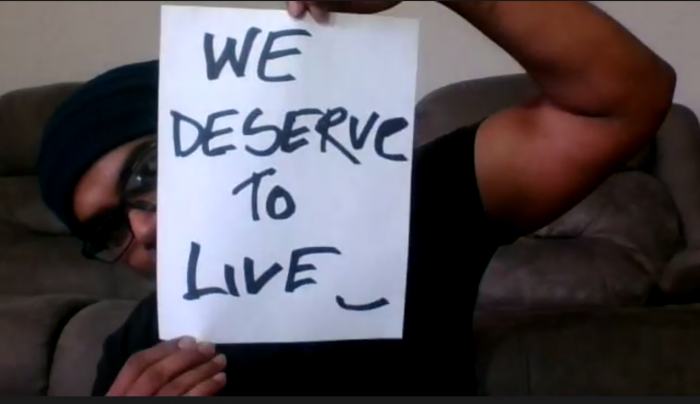 Immigrant women find themselves particularly challenged by two simultaneous crises even as the global COVID-19 pandemic ravages cities and towns in Canada. On one hand, their labour market conditions are worsening. On the other, a lack of support for full-time childcare responsibilities has led to an intensified workload.

“I have two kids and understand the risk of working every day but I can’t quit even as I see young salesmen at my store choosing to stay home,” says Aarti Sharma, who works as a sales associate at a Canadian Tire store in Toronto. “I am scared, unsure and helpless.”

Daisy Rana, a part-time cashier at a Walmart, located in Toronto, faces similar challenges. Despite arriving from India about six years ago, both she and her husband still have not found good jobs. So, working from home or leaving work altogether are not viable career options.

“If my husband gets a better job with more earnings, I can choose to take a backseat during such times of crisis with my son, but that is not the case as of now,” Rana says.

These women are not alone in their experience.

Research suggests that very few immigrant women get jobs when they arrive in Canada. Common barriers to their employment are the lack of “Canadian experience” and “Canadian education”. A subsequent process of ‘de-skilling’ forces them into low-skill and minimum wage jobs even though back home they were engineers, financial analysts, professors or entrepreneurs.

A 2018 Statistics Canada report reveals, for example, that about 56 percent of women are employed in occupations involving the “5 Cs”: caring, clerical, catering, cashiering and cleaning. Immigrant women, in particular, are a majority of this frontline workforce, which also makes them susceptible to contracting COVID-19.

While braving the frontlines and risking exposure to COVID-19 is an immediate concern, there are also larger systemic issues that place an added burden on the shoulders of immigrant women, says Sharma.

“Work at home has exponentially increased,” says Sharma. “I have to make a time-table for everything now. I get up early to do the dishes, cleaning, and other kitchen chores.”

“Back home, an entire community raises our children. I could go to work, and the children’s grandparents and extended family would look after and spend a great time with them. Here it is just me and my husband.”

Sharma described this struggle as a kind of “second shift.”

This is a difficult situation because many women who immigrate to Canada face greater challenges of economic inequity that keep them ‘at-work’ at all times. Many immigrant women find themselves confined to households that are under-equipped with technology that helps make domestic chores, such as dishwashing and laundry, simpler to do.

For many immigrant women, additional help at home is a luxury they cannot afford. Hiring caregivers, nannies and babysitters were never an option, and the process of sponsorship visas for parents and grandparents involves huge wait times, Sharma says.

“It has always been stressful managing everything,” says Sharma.

“Male partners even back home were not used to contributing to cooking, managing children or cleaning and they continue to carry on with this. It impacts my physical and mental health on a daily basis.”

In order to improve the situation, Sharma says the federal government needs to take action to help

immigrant women who are often precariously employed, especially as part of its burgeoning COVID-19 relief plans.

“[The government] has provided benefits to many who have been laid-off, or that are self-employed, but I am a part-time employee with no benefits and barely above a minimum wage,” says Sharma. “More needs to be done to help people [like us] financially.” 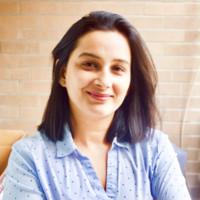 Asmita Bhutani is a doctoral researcher at the University of Toronto. She writes mainly about issues around gender and race in the economy.

Containing a Virus from Hong Kong to Canada

.@jsource this may turn out to an interesting dialogue

Join NCM-The Walrus this Saturday for a unique opportunity to hear about potential journalism opportunities from Postmedia, Canadian Press, The Walrus Lab and The Globe and Mail! Save your spot now! https://twitter.com/NewCdnMedia/status/1367118061216665605

The #Farmers #Protest has gained traction internationally with the #Punjabi diaspora spreading awareness and organizing rallies in support of the #farmers. Read on: http://bit.ly/3uR1yjz @apc_wa @orfonline

How are minority populations in Canada affected by COVID-19 and what are its effects on the economy, mental health, and immigration policies?

Download our White Paper on Ethnic Media Lessons from 2020 for an Inclusive Recovery to find out, http://www.mirems.com/covid-19-white-paper.html