While newcomer unemployment rates in the Greater Toronto Area are at an all-time low, too many immigrant professionals are unable to move up to executive and c-suite level positions, a new report has found.

The Toronto Region Immigrant Employment Council (TRIEC) report, Building a Corporate Ladder for All, found that despite immigrants making up some 50 per cent of the Greater Toronto Area’s (GTA) population, these same groups comprise just six per cent of senior leadership positions across the public, private and non-profit sectors.

The November report analyzes the profiles of 659 executives from 69 organizations across the GTA, compiling insights around how the situation got to this point.

Margaret Eaton, executive director of TRIEC, notes that the goal should be to build a corporate ladder that everyone in the region, including newcomers, can climb.

“There’s clearly a glass ceiling for immigrant professionals and it’s unfortunate we’re not utilizing the full skills and talent they have to offer,” Eaton said in a statement. “Newcomers offer so much to the economic success of our region and seeing a lack of diversity in leadership positions means there’s still much progress to be made,” she added.

Using StatCan data from 2016, the report found that on average, university-educated racialized immigrants in Toronto make $50,000 less per year compared to white people born in Canada with equivalent degrees. The largest gap is between white men born in Canada and racialized female immigrants – registering a remarkable $95,500 difference on average.

By 2036, the ratio of immigrants in the Toronto Census Metropolitan Area is expected to grow to 57%. TRIEC notes that GTA employers may in fact be failing to capitalize on very legitimate business opportunities by not allowing the natural career advancement of immigrant professionals.

“For organizations, immigrant leaders are critical to their innovation and creativity as well as the capacity to attract and retain international talent and clientele,” the report states. “There is a clear business case for grooming and nurturing immigrants for leadership in an increasingly globalised marketplace.”

Lack of equal access to professional development opportunities, as well as implicit bias and discriminatory practices have been identified as key barriers around immigrant professional advancement, the report found.

TRIEC found a widespread inclination of employers to discount the value of professional experience obtained abroad. Immigrants often have to begin their Canadian careers at more junior or even entry-level positions. Earlier studies show that, in terms of earnings, three years of work experience abroad was only worth up to one year of work experience in Canada.

The report notes that taking a lower-level position has the potential to affect an immigrant’s entire career in Canada. One interviewee for the report referred to this as the “sticky floor” phenomenon, citing how immigrants end up stuck in jobs that are not in their fields and have limited opportunities for upward mobility.

The report’s findings show that the private sector has the least diverse leadership: Only five per cent of corporate executives in the GTA are immigrants. Public and non-profit sectors are faring only slightly better with just 6.6 per cent of executives being immigrants.

Career stagnation exists even in fields most commonly employing newcomers. Immigrants are not climbing up the ladder in financial and insurance as well as professional, scientific and technical services, where the largest concentration of immigrant professionals work. 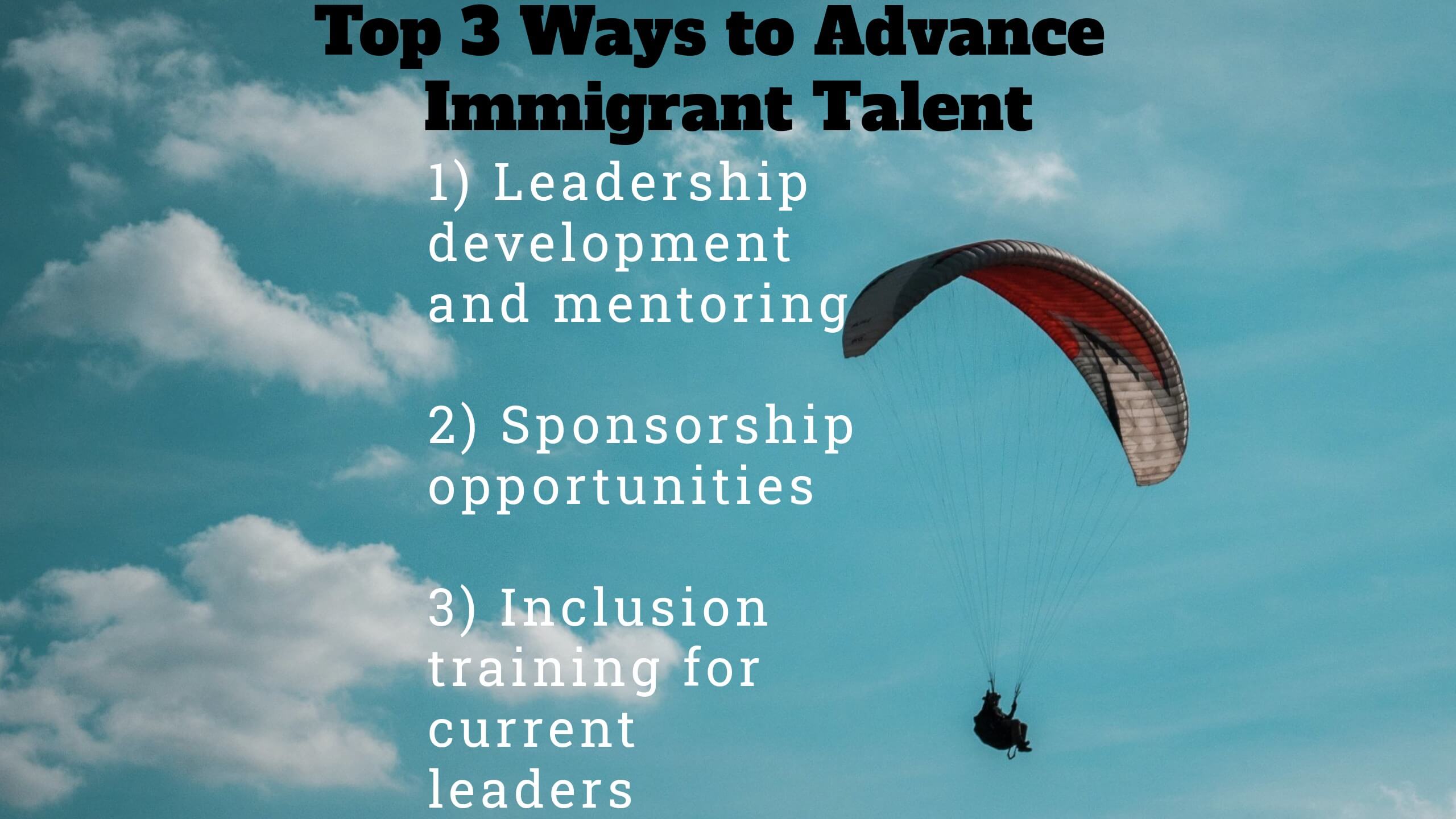 Toronto Region Immigrant Employment Council (TRIEC) champions the talent and experience that immigrants bring to the Greater Toronto Area. They support organizations to become more inclusive and help newcomers expand their professional networks and understand the local labour market. They collaborate with leaders and organizations to build a GTA where immigrant professionals can contribute to their fullest potential.