Late on election night, we heard the Prime Minister and the leader of the Official Opposition say something important ‒ that regardless of how you look or how you pray, you deserve to be a part of Canada.

For myself and many Canadian Muslims, Islamophobia continues to be a top priority. In the past year alone, there have been numerous high-profile incidents such as multiple attacks on Black Muslim women in Edmonton, the violent murder of a caretaker at a mosque in Toronto, and the killing of an entire family out for a walk in London, Ontario.

As a Muslim woman, this terrifies me.

The recent national summit on Islamophobia, which I attended, was a step in the right direction, with many promises made. They included $6 million toward supporting communities against hate-motivated attacks; improvements to existing programs in order to more effectively tackle white supremacy and online hate; and a study to address the unfair targeting of Muslim charities.

My hope is that the Liberal government ‒ in a timely manner ‒ applies these recommendations, and honours its commitment to present a new National Action Plan on hate by 2022.

The right to practise one’s faith freely and safely is a constitutionally protected right in Canada, as well as an inherent human right. As a Muslim and Canadian, I believe it’s crucial that our government continue to stand up for the human rights and protection of all people living on this land.

It’s surprising that racism, along with Islamophobia and reconciliation with Indigenous peoples  ‒ human rights issues that have dominated the media landscape in the last year ‒ were largely forgotten in the election campaign. This is also despite the fact that a recent Angus Reid survey found that one-third of Canadians think our country is “racist,” and a 2020 Ipsos poll revealed that 60 per cent (compared to just 47 per cent the year before) believe racism is a serious issue in Canada. Going forward, the government must address systemic ‒ and all  ‒ forms of racism, and remember its commitment to work toward truth and reconciliation with Indigenous communities.

Our government must also do the same when it comes to upholding the rights and freedoms of those around the world. Canadians are closely following the Afghanistan refugee crisis, and they want to see Canada step up to help Afghans. While the government has pledged to bring 40,000 Afghan refugees here, it is essential that it continues to send aid to Afghanistan and look for ways to help the most vulnerable refugees ‒ not just those who have ties to the Canadian military and government  ‒ to evacuate from the country. We need a strong foreign policy based upon human rights principles that commit to supporting families suffering in Yemen, Gaza, Syria and China, where a genocide against Uyghur Muslims is still taking place.

Humanitarian aid is an important component in helping those who are being oppressed, but unfortunately, in recent years, Canada has fallen behind its allies. Instead of spending 0.7 per cent of its gross national income on global development assistance, it has only contributed between 0.2 to 0.3 per cent ‒ the lowest levels in about 50 years.

I hear every day how much the pandemic, poverty and food shortages continue to threaten the lives of the world’s most vulnerable populations. Issues such as gender-based violence and climate change are only getting worse. This is the reality facing the Prime Minister after election day, and taking action is the right thing to do. Now, more than ever, we need to step up our emergency and long-term development funding.

Going forward, I think it’s fair to say that I ‒ along with many other Canadians ‒ hope our government will focus on these central questions that deserved far more attention during this election cycle: are we truly rebuilding Canada for everyone? Is our role in the international community, as the world struggles with COVID-19, one where “Canada is back?” 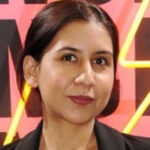 Reyhana Patel is the head of communications and government relations at the international non-governmental organization (NGO) Islamic Relief Canada. She is a former BBC News journalist and an advocate for change in civil society and minority communities on issues around gender-based violence, racism, and women's rights.