“Yemen is a tale of missed and then lost opportunities.” This is how the outgoing UN envoy to Yemen, Martin Griffiths, summarized the unsuccessful efforts to bring about peace in a country ravaged by war that is now in its seventh year.

Tens of thousands of civilian lives lost, destroyed property and infrastructure, food insecurity, disease and countless other disasters is the toll of this brutal war in one of the poorest countries in the Middle East. International assistance is desperately needed.

The civil war began in 2014 with a coup by Yemen’s Houthi movement, which ousted the government and seized the capital city of Sanaa. The conflict then escalated in March 2015, when the Arab coalition led by Saudi Arabia and the United Arab Emirates launched military operations in the country, accusing Iran of backing the Houthis.

Now, after six years of fighting, Yemen remains the world’s worst humanitarian crisis, with 24.3 million people — nearly 82 per cent of the population — in need of humanitarian assistance.

By late 2020 the war had caused an estimated 233,000 deaths, including 131,000 from indirect causes such as lack of food, health services and infrastructure, the UN Office for the Coordination of Humanitarian Affairs said back in December 2020.

Amid all that, there have been increases in cases of cholera, dengue fever and malaria, which the country had had a good record of keeping in check before the war. Furthermore, the health-care system has been severely affected by the ongoing conflict, as military operations and airstrikes did not spare medical infrastructure, leaving thousands of people without life-saving treatment. The COVID-19 pandemic only added fuel to the fire.

The already catastrophic humanitarian crisis in the country is exacerbated by the failing economy.

The Yemeni riyal has depreciated dramatically since the beginning of the war, reaching YER 600 to 900 to the US dollar depending on the region, up from around YER 210 before the war escalated. The riyal exchange rate also varies across country, depending on which party controls a given region.

Rising inflation and the government’s inability to pay public sector salaries have made the vast majority of Yemenis unable to buy basic commodities or pay for essential services such as water, electricity and gas.

On top of that, Yemen’s main airports and seaports have been seized by Saudi Arabia and the United Arab Emirates coalition, which claims that the ports were being used by Iran to arm the Houthi movement (an allegation denied by Iran).

With only two international airports functioning — in Aden and in Seiyun, in the east-central governorate of Hadhramout — hundreds of Yemeni citizens have to pass through tens of military checkpoints and rough, unpaved roads to reach them. The main roads are either cut off or unsafe due to military clashes.

The role of U.S. and Canada

The new U.S. administration of President Joe Biden has given a clear signal that it would push for the war to end and that it would no longer support the Saudi-led offensive in Yemen. In January, Washington imposed a temporary freeze on U.S. arms sales to Saudi Arabia and the UAE, which had been approved by the Trump administration.

Canada, which has a Yemeni diaspora of just 6,645 people (according to the most recent census data), renegotiated its controversial arms sales contract with Saudi Arabia last spring. Foreign Affairs Minister Marc Garneau said he would “deny any permit application where there is a risk of human rights violations” and assured that human rights considerations were at the centre of Canada’s export regime.

As reported in early June, in 2020, the value of Canadian military exports to Saudi Arabia fell by $1.55bn as compared with 2019, but the country remained Canada’s biggest non-U.S. destination of military exports, accounting for $1.31bn or 67 per cent of the total.

Canada has also seen a spike in refugee protection claims from people fleeing Yemen, which were in the tens before the war. After peaking at over 900 in 2017 (the year when the former U.S. president Donald Trump banned citizens of some Muslim and Arab countries, including Yemen, from entering U.S. territory), the number of new claims stabilized at just under 500 in 2018 and 2019, before falling to 120 in the pandemic year of 2020.

In March, Canada’s minister of international development announced $69.9 million in funding in continued response to the humanitarian needs of conflict-affected people in Yemen in 2021.

The UN has so far had little success in advancing a political settlement in Yemen, apart from brokering an agreement on the release of hundreds of detainees by both sides and arranging a few medical flights to transport the critically ill for medical treatment abroad.

Since the war began, there have been multiple rounds of peace talks, including in Kuwait in 2016, in Sweden in 2018, and in Saudi Arabia in 2019. The process is still ongoing.

These days, talks between the main parties of the conflict, the Yemeni government and Houthis, are facilitated by the UN envoy to Yemen, the Omani delegation of mediators and the US envoy to Yemen.

Washington has recently changed its approach towards the Houthi movement, recognizing them “as a legitimate actor” and accepting that both sides in the conflict bear responsibility for the violence, as follows from the remarks by U.S. Special Envoy Tim Lenderking during a June 24 webinar organized by the National Council on U.S.-Arab Relations.

The focus of the negotiations is on re-opening Sanaa international airport and the strategic port city of Hodeida, a ceasefire in the whole country, an easing of movement restrictions on citizens inside the country, and facilitating the process to end the conflict.

Despite the disappointment of each failed round of peace talks, Yemen continues to rely on international and regional allies to end the war. The country needs their efforts to push the leaders of the fighting parties towards a political settlement. As they should have realized during years of heavy military operations, the war won’t benefit any party and definitely won’t help to stop the catastrophic crisis. 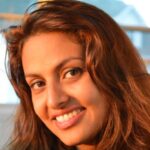 Amira Nasser is a broadcast journalist with over five years of journalism experience
in Yemen. She covers human rights reports in conflict areas. Based in Ottawa, Nasser speaks Arabic, French and English.