Victor Delgado, originally from El Salvador, has been working at a homeless shelter for two years — a job he says has presented even more challenges than his immigration journey itself.

But for all its difficulties, he says, it has helped him grow as a person, coming out of the experience even stronger.

“At work, you have to be tough-skinned,” Delgado, 23, tells New Canadian Media in Spanish.

“The stories you hear are hard; the moments are hard; some of the clients explode emotionally. For example, seeing people who have mental health problems is difficult. Also, many people insult you. You have to learn that nothing is personal, that everything is part of the job. If you need a moment to breathe, you have to take it.”

Delgado arrived in Canada in 2008, when he was eight years old, along with his family who had decided to immigrate in search of better opportunities and a better future for him and his brother.

Currently, he is studying Child & Youth Care at Humber College while also working nights at The Scott Mission, a shelter located in downtown Toronto, Ontario.

According to him, being emotionally strong and a good listener are key to doing a good job.

“More than attending to people, serving them food, my job is to listen to them,” he says.

“The people who go to this place need to be heard; they feel very alone. You can only do that if you are strong.”

His temperament makes it easy for him to deal with the environment, though he recognizes many of his colleagues do feel affected on some level. Some have even taken vacations and reached out to psychologists.

Delgado recalls an incident that took place a few months ago outside the shelter involving eight police cars and two ambulances. He says one of the shelter’s residents was “heavily drugged and became violent,” which resulted in one officer being injured.

“After everything, my coworkers were so overwhelmed, they asked for a vacation,” Delgado recalls.

According to a 2019 University of Calgary study, 33 per cent of people working in homeless shelters experience symptoms of post-traumatic stress disorder (PTSD) because of their environment.

Celia Guevara, Delgado’s mother, says that he is emotionally strong and is very reserved about what happens at the shelter in order to protect his family.

“Victor doesn’t show or tell much to protect us because of what he is going through. Sometimes Victor tells us positive news that cheers him up, for example, when some of the people find a home.”

Progress, but not without challenge

According to Guevera, one of the biggest changes she has seen in her son is regarding what she says were his preconceived notions about shelter clients being homeless due to drug addiction problems.

“There were also men who had ended up there because of an apartment fire, a divorce or because in the pandemic they were trapped in Toronto with no one and nothing,” she recalls as one of the things Delgado has learned.

Guevara says the shelter has helped Delgado become a more tolerant person towards the “many human realities” that push people to different situations.

“It has taught him not to judge easily, that you don’t know the truth until you are in contact with the human being behind that reality,” she says. “And that makes him more tolerant.”

But the work is demanding, and she sees the toll it has taken on him, particularly working the nighttime shift.

“His rest has been affected, his family time, friends time, fun time, school time. He has gained weight,” she explains. “He works all night and usually rests during the day.”

Judith Vargas Machuca, a coordinator of the shelter’s night program, says to try to address the affected workers, her attention is never limited to those who come in, but also to the workers.

“I try to make sure that the workers trust me, that they can count on me and that I can support them,” she says. “Many times, they just want to let off steam, and I always listen to them.”

Machuca says every worker receives training on dealing with emotional issues, oppression and racism, as well as counselling services and an in-house psychologist available to them.

Of course, after 21 years of working at the shelter and still being affected by the work, she recognizes “it is not easy.”

“It is a daily process,” she says, adding that she recognizes that employees must put on their best faces and keep issues aside to help “manage the problems inside the shelter.”

“This job requires vocation and tolerance, and not everyone has them – and that’s fine,” she says. “But for this job, you need it. Workers have to be sensitive, listen to people, and be emotionally strong….This job is not for everyone.”

Nevertheless, she adds, the importance of the work cannot be overstated. And for those like Delgado, who are able to carry the heaviness of it, it can also be extremely rewarding and offer an opportunity for self-growth.

“Although it is difficult,” she says, “this is a beautiful and important work in our society.” 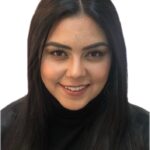