On Mar. 5, the third day of the National Metropolis Conference, a roundtable titled “Changing Support to Women’s Organizations: Implications For Immigrant Women” was hosted by Debbie Douglas, the executive director of the Ontario Council of Agencies Serving Immigrants (OCASI).

“The opportunity arose when we brought all different women’s organizations from across the country together,” said Douglas. “What we saw happening was that by the end of it, there was real enthusiasm for a network and very concrete suggestions on holding a national women’s symposium on a broader range of women’s issues.”

What these women’s organizations try to build are networks that include indigenous women, immigrant and refugee women, lesbian and trans-women, and moms facing problems like finding affordable childcare and returning to the workplace.

“We need to get together as Canadians, regardless how long we’ve been in this country.”

“We need to get together as Canadians, regardless how long we’ve been in this country,” Douglas urged.

Some issues they want to examine are violence against women across all races, cultures and classes; wage gaps and women not being able to advance in careers because of gender discrimination; and limited childcare spaces.

As a result of an engaging roundtable discussion, one of the participants, Fatima Filippi, the executive director of Rexdale Women’s Centre in Toronto, proposed the idea to form a national women’s coalition to gather different women’s service groups together, asking for government support and sustainable funding.

The roundtable participants brainstormed on who should be involved and suggested groups for immigrant women, mothers, foreign caregivers, women from shelters and feminists.

Participants also proposed inviting influential female figures, such as the Minister of Status of Women Canada Patricia Hajdu and Sophie Grégoire Trudeau, who is the prime minister’s wife.

Government funding for women’s organizations has been continuously deteriorating from when it was at its peak in the ’80s, explained Douglas.

Yannick Raymond, regional director of Status of Women Canada in Ontario, comes from one of four locations across the country that works for the ministry to deal with all stakeholders. There used to be 16 locations before former Prime Minister Stephen Harper’s government took power and closed 12 of them.

[W]omen’s advocates say they are starting to see a change in tone, which at a minimum slows the downfall of the women’s movement in Canada.

Raymond was among a dozen stakeholders who discussed women’s issues from the perspective of the government. She praised Hajdu, who she said has a thorough understanding of current women’s issues based on her past social and community service experience.

As for the new Liberal government led by Prime Minister Justin Trudeau, women’s advocates say they are starting to see a change in tone, which at a minimum slows the downfall of the women’s movement in Canada.

“Beginning with Brian Mulroney’s government, we started to see a real cut in social programs, followed by the Liberal government that stayed in power for almost 13 years, who really did deepen cuts, but still had the language and values of supporting women’s organization,” explained Douglas. “In comes Harper. They changed the mandate of Status of Women where all references to women’s equality were removed.”

An earlier workshop, also hosted by Douglas, titled “Impact of Ten Years of Conservative Rule on Women’s Political Organizing”, shared the same perspective on the deteriorating changes to women’s organizations due to funding cuts.

“Twenty years ago, Canada ranked first in women’s equity. Now we are 14th. We were way worse under Harper.”

Writer and activist Judy Rebick who gained national prominence as president of the National Action Committee on the Status of Women in the early ’90s, quoted statistics from a report by the Organization for Economic Co-operation and Development (OECD) on Canada’s inequality index number to explain the funding cuts.

“Twenty years ago, Canada ranked first in women’s equity. Now we are 14th. We were way worse under Harper. The lack of connections between the government and women’s advocacy was huge,” she said.

“Come 2015, we see the articulation by a prime minister who talks about the importance of women’s representation. For example, 50 per cent of his cabinet is female, his attention on indigenous issues. He at least articulates a value for wanting to see immigrant and racialized women succeed,” Douglas said of Trudeau, adding, “We’ll have to see what’s in the budget.” 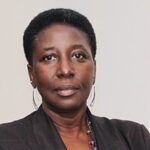