Due to the rise in youth radicalization in recent years, most governments are taking decisive measures to prevent youth recruitment by extremist groups.

One of the most notorious cases is still in progress: last month, Canadian police arrested 10 youth at Montreal’s Pierre Elliott Trudeau International Airport suspected of wanting to leave the country to join jihadist groups. They were stopped from trying to join the Islamic State, which now holds a territory equal to that of England in Iraq and Syria. Understandably, no charges have been laid, but the 10 youth had their passports confiscated.

These 10 arrests came a month after the arrests of two youth in Montreal who pleaded not guilty in June to four charges, including attempting to leave Canada to join extremist groups in Syria. The youth will remain in custody until further investigations are complete.

But one may ask how could youth, born and raised in Canada and educated in Canadian schools relate to the violence of extremist groups? It is because radicalization is not something that happens to “them” versus “us”. It is not a strictly imported phenomenon.

Radicalization is local and produced by the social, economic and political dynamics of Canadian society, surely with the influence of international factors. Radicalization is a two-way process. For example, Islamophobia and xenophobic radicalizations are rising in Canada in relation to the reciprocal rise of ISIS radicalization.

Radicalization has thus been made possible by multiple factors such as national and international political and economic policies, inter-community, ethnic, religious and sectarian divisions, social and economic violence and terror, and, more importantly, the failures of nations in managing their diversities.

So what can we do to protect those who may respond to an extremist group call? Besides official actions, can schools and parents make a difference? The answer is yes. But first, the government must support grassroots community organizations and empower parents in dealing with such sensitive topics with their own children.

Far from being an exhaustive list, there are four notions for parents to consider when it comes to their youth and what may lead them to radicalize.

In general, utopian fantasies and adventures are always appealing to youth, especially to those who are in transitional stages of forming their religious, cultural and national identities.

Extremist groups such as white supremacists or ISIS often play on sensitive and emotional cords; they target youth around the world and have successfully recruited youth from over 30 countries.

Youth, especially those at risk, should be mentored and empowered to pushback.

For instance, the euphoria related to ISIS’ declaration of a Caliphate, invoking what appears to be a Koran-based coherent worldview claiming to build a society upon Islamic ideals, is of course appealing to youth who are alienated and who are looking for a “home”.

Youth, especially those at risk, should be mentored and empowered to pushback. Parents can simply start by keeping an eye on and openly discussing with their youth the different information they get from the Internet, peers or other influential figures.

A crucial question researchers have is: does religion (or a distorted version of it) play a major role in radicalizing youth? The findings don’t seem to suggest so.

The European Commission’s European Network of Experts on Violent Radicalization have found that in most cases religion is not the primary source of most extremist behaviour.

For example, the MI5 report challenges the common stereotypes about those involved in British terrorism. They are mostly British nationals, not illegal immigrants and, far from being Islamist fundamentalists. Most, however, have one dominant characteristic: they are religious novices. Anecdotally, some of them had actually bought Islam for Dummies and The Koran for Dummies just a few weeks before they set out to join ISIS. We don’t have reasons to believe that the situation in Canada is very different.

Parents can thus play an active role in supporting their child’s religious and spiritual development and, most importantly, their critical thinking about the “religious” information they get from radicalizing agents and sources.

Nonetheless, religion may, of course, play a role in radicalization; it is more specifically the perverted and politicized forms of Islam that can act as an emotional alibi, as a means of articulating anger and mobilizing youth, especially in the western world.

Youth who have little in-depth, complex and nuanced images of their religion, religious heritages, beliefs and practices are, in our opinion, those most at risk. Parents can thus play an active role in supporting their child’s religious and spiritual development and, most importantly, their critical thinking about the “religious” information they get from radicalizing agents and sources.

The sense of alienation and of ‘otherness’ consequent to economic and structural violence, social divisions, xenophobia, discrimination and Islamophobia may lead to the radicalization of youth.

Governments, the education sector and parents alike may help support the development of an inclusive national identity, rather than an exclusive one, in order to bring unity and harmony among youth in any nation. Youth should be offered the chance to create their own local citizenry initiatives.

[I]t is our collective responsibility to make our youth feel at “home”.

Colleges are the place of choice for such initiatives. Research suggests that youth who are engaged in civic activities in their societies usually feel fully integrated and are thus less vulnerable.

In the West and elsewhere the recruitment pattern is that about three out of every four people who join extremist groups do so through a “significant relationship” such as a role model, friend, lover, family member or fellow traveler, in search for a purpose and for a meaningful path in life.

Furthermore, radicalizing “agents” isolate, separate and may even turn youth against their previously most meaningful relationships.

Consequently, support must be provided to families, friends and romantic partners in sustaining and promoting a positive, strong and protective relation with the vulnerable youth. These significant positive relationships can buffer the effect of radicalization and offer an alternative that has meaning to the youth.

On a final note, it is our collective responsibility to make our youth feel at “home”. We can do so by supporting youth in making a significant life in Canada and helping them build positive personal dreams. Equal and real chances at achieving these dreams are the prime and ultimate responsibility of our local municipal, provincial and federal governing institutions.

Hicham Tiflati is an Islamic Studies instructor, and a PhD candidate in the department of religious studies at the UQAM. His academic and teaching interests include topics such as Western Muslim identities, integration, citizenship and the role of religious education in (re)shaping identity. 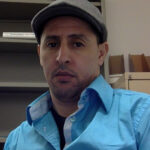