I love the show, Little Mosque on the Prairies, shot in a fictitious town call Mercy. This is a classic example of a church which offers space to the town’s Muslims to hold their services.

What a superb gesture of religious co-operation, camaraderie and non-denominational brotherhood. This message of unity is important because, just recently, a mosque in Edmonton received a nasty message — in fact, a hate mail. The letter was dropped off at the Markaz Ul Islam mosque in southeast Edmonton.

“On behalf of real Albertans, we would like to advise you that you and your religion don’t belong here in Alberta,” said the letter dated Jan. 30. “We are White. We are Christians. We are Proud. Our Premier to be Jason Kenney is going to take Alberta back. So adapt if you want to stay (sic).”

We are living in a country which promotes and believes in religious freedom. Every Canadian is free to follow whatever religion they prefer and no one has the right to pass judgment whether one religion is better than the other. The Canadian Charter of Rights and Freedoms guarantees that everyone has the following fundamental freedoms: (a) freedom of conscience and religion; (b) freedom of thought, belief, opinion and expression, including freedom of the press (c) freedom of peaceful assembly; and (d) freedom of association.

It is unfortunate that some crazy folks once in a while do things that disturb our peaceful existence. What does it mean when anyone says, “You don’t belong here”? Years ago, someone hollered at me, “Paki go home,” on the streets of Edmonton, one of the most multicultural and diverse cities in Canada.

To begin with, I am not even from Pakistan and there is nothing wrong with being from Pakistan. “Paki go home” used to be a commonly-used racist slur which became popular in Britain during the 70s when British politician Enoch Powell tried to mobilize anti-immigrant sentiment in the country. He failed, but the battle cry has plagued Muslims all over the world.

Muslims, like any other ethnic group, have come to Canada legally and after satisfying all the regulatory requirements like anyone else. Yes, granted some have come to this country as refugees but then this privilege of being a refugee is accorded to all religions and ethnicity — Muslims or Christians or whatever. So no religious group has been getting preferential treatment. Everyone has been treated equally.

Religion is a personal and intimate matter. Racism is an equally emotional and sensitive matter and people get hurt when it raises its ugly head. Unfortunately, it has showed up in different Canadian cities from time to time. The incident of 2017 Quebec City mosque shooting that killed six people and injured 19 others is still vivid in many Muslims’ minds. A place of worship should be the safest place anywhere in the world.

According to Statistics Canada, reported hate crimes involving black people and other racial groups have increased by 47 per cent since 2014.

What is the root of racism? It’s ignorance and lack of contact between the races.

Majority of people have no contact with Muslims at a personal level as friends or neighbours. The solution is to invite your Muslims neighbours for coffee and get to know them. Office colleagues should do the same. It’s only through friendship and personal contacts that one would know that Muslims are the same as anyone else. Contact between different races is very important.

Muslims are hated because of the terrorist attacks undertaken by the so-called jihadists who have no legitimacy or right to unleash a reign of terror in the name of Islam. They do not represent the religion nor do they have any right to speak for all Muslims. They are a bunch of hooligans out to cause death and destruction.

Ignorance breeds suspicion and intolerance towards others. A pluralist, cosmopolitan society is one, which not only accepts differences, but also actively seeks to understand it and to learn from it.

Diversity is not a burden to be endured, but an opportunity to be welcomed.

Political, educational and civic leaders should be concerned about the rise in hate crimes in Canada. The best way to eradicate this venom is to initiate a campaign of intermingling of different races in neighbourhoods and communities. At formal and informal levels, efforts should be made to allow different races to mingle informally as neighbours, friends and colleagues. Religious leaders should hold more inter-faith functions so as to educate their congregations about different religions.

School boards and trustees have a responsibility to devise curriculums that teach different religions and cultures so that the country’s citizens-to-be are well conversant with the make-up of Canadian society and there is no repetition of the Quebec mosque incident.

Little Mosque on the Prairies may be a fictional sitcom but it’s message — all religions working for everyone’s betterment — is universal and applicable to present day Canada. 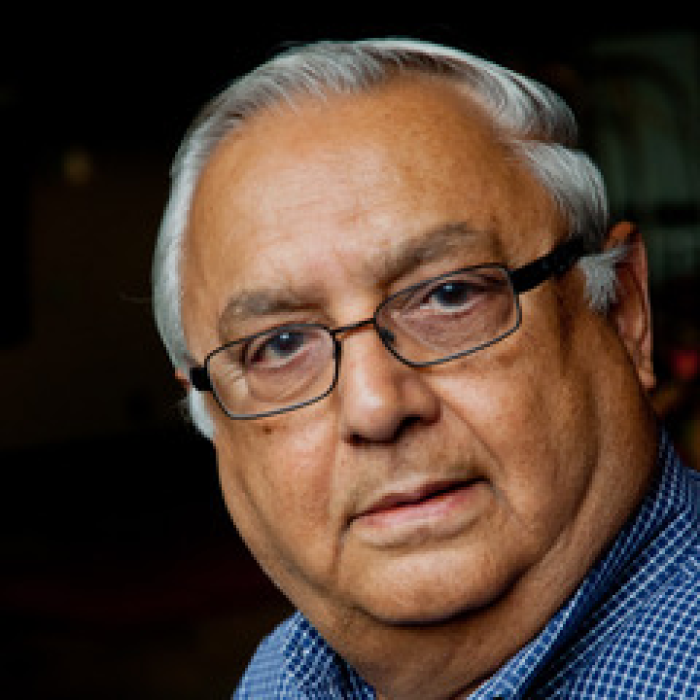 Mansoor Ladha is a Calgary based travel writer, editorial commentator and author of Memoirs of Muhindi: Fleeing East Africa for the West and A Portrait in Pluralism: Aga Khan’s Shia Ismaili Muslims. He is also a member of the NCM Collective.

Discover how #NorthBay in Northeastern Ontario prepares to greet immigrants through a new program launched in 2019 in this feature by Don Curry, a regulated immigrant consultant, journalist and a member of our #NCMCollective.