In the wake of Brussels — at least for now — we’re back in the bad old days of the War of Civilizations narrative.

In the face of terror most foul, fury and vengeance are once more in the air. It’s not quite Christianity versus Islam, but it’s close.

Some anecdotal evidence. Two comments on a story in The Independent, worlds apart, suggest that two great swaths of humanity are once again on an unnecessary and tragic collision course.

Bobby said: “All the whole Mideast and ALL their ilk are Hated by me and mine.”

Ceycey replied: “Is your humanity only for Europe?”

Both commenters were responding to a story in the British newspaper written by Yasmin Ahmed in the wake of the terrorist bombings in Belgium.

Ahmed pointed out that just before ISIS operatives set off bombs in Brussels, the Kurdistan Freedom Hawks detonated a car bomb in Turkey near a transportation hub, killing 37 and injuring 70 more. A closely-timed second attack killed four more people. In fact, Turkey has been beset by a spate of bombings by Kurdish separatists and ISIS, who in 2015 alone killed 141 and injured 910 others.

“Do you not see that this indifference to the non-Western lives is EXACTLY what is creating and feeding terror organizations like ISIS?”

In both Brussels and Ankara, innocent people were killed indiscriminately by fanatics who believe political causes sanctify murder.

But what struck Ahmed was the profound difference in the Western reaction to these atrocities. In social media there were safety check-ins on Facebook, hashtags on Twitter, and shared cartoons in response to the bombings at Zaventen Airport and Maelbeek metro station. In fact, “Brussels” garnered 17.5 million more Google news results than “Ankara”.

Global media funerals for some, mute indifference for others

While the world mourned Brussels, Ankara was treated as a mere regional event. Case in point: After this week’s Brussels bombings, European countries raised the Belgian flag above their national monuments — a fitting tribute. The Eiffel Tower was illuminated in the colours of the Belgian flag, as was One World Trade Center in New York (though in truth, the colours looked more like red, white and blue). So Yasmin Ahmed posed an awkward question: Why didn’t Downing Street raise the red and white Turkish flag after the atrocities in Ankara?

Ahmed’s unease was mirrored by a young woman who knows a thing or two about being victimized by terrorism. Malala Yousafzai blazed to international fame after standing up for education for girls in Afghanistan and getting shot by the Taliban for her defiance.

Has the West’s accusatory finger moved from ultra-extremist groups like ISIS and al Qaida to designate the members of an entire religion — again?

She too has spoken out about the dangers of dividing the victims of terrorism between East and West, providing global media funerals for some, mute indifference to others.

“Do you not see that this indifference to the non-Western lives is EXACTLY what is creating and feeding terror organizations like ISIS? … If your intention is to stop terrorism, do not try to blame the whole population of Muslims for it, because that cannot stop terrorism,” she said.

And that raises an interesting question. Is the West mute on the subject of innocent lives lost to terrorists in Turkey because the motivations behind those attacks were different from the reasons behind the killing in Europe — or because Turkey is 98 per cent Muslim? Has the West’s accusatory finger moved from ultra-extremist groups like ISIS and al Qaida to designate the members of an entire religion — again?

In this season of presidential politics in the United States, the answer is, sadly, ‘Yes’.

CNN, which fielded carpet-coverage of the Brussels bombings in a way that repeated rather than advanced the story for three gruesome days, has already come up with a poll showing that Republican frontrunner Donald Trump is now the first choice of Americans on anti-terrorism matters.

That is astonishing for a few reasons. First of all, Trump has zero experience in fighting terrorism in any official capacity. He has never held public office, and his chief advisor on foreign policy is The Donald. Trump has been widely denounced by military, national security and senior police leaders for his unconstitutional, illegal and flatly dangerous approach to some of America’s deepest problems.

The list is well known. So far Trump has proposed banning all Muslims from entering the United States, deporting 12 million illegal aliens, building a wall on the Mexican border, bringing back torture and instituting racial profiling in Muslim communities in the U.S. Now he has added that he wouldn’t rule out using nuclear weapons against ISIS. That’s right — nuclear weapons.

In the flash of two bombs, the world is suddenly standing back in the rubble of 9/11 with President Bush repeating his With Us or With the Terrorists ultimatum. All the old, familiar and — I might add — failed solutions are once more being put forward by a real estate mogul who is being embraced as though he were King Solomon.

Though there are many particulars to the new fundamentalism for defeating terror, it comes down to the familiar mantra of guns, gates and guards. If the police just had enough unconstitutional powers, if free citizens just gave up enough civil liberties, if the West could just exert enough hard power against Islamic terrorists, if only there could be more forced regime change, if only Muslims would begin denouncing the evil-doers in their communities, the world would never have to see the cities of Europe and the United States burning again.

Those answers have been tried for 15 blood-soaked years and all the West has to show for it is millions of deaths, trillions in squandered treasure — and ISIS.

The time has come to recognize solidarity with all the victims of terror. As James Taylor, a U.K. citizen living in Ankara, posted on Facebook, “You were Charlie, you were Paris, will you be Ankara?”

Michael Harris is a writer, journalist, and documentary filmmaker. He was awarded a Doctor of Laws for his “unceasing pursuit of justice for the less fortunate among us.” His nine books include Justice Denied, Unholy Orders, Rare Ambition, Lament for an Ocean, and Con Game. His new book on the Harper majority government, Party of One, is a number one best-seller and has been shortlisted for the Governor-General’s Literary Award for English-language non-fiction. 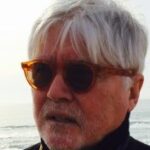