We Can Dismantle the Surveillance State - New Canadian Media

Just two short years ago, if you asked strangers on the street about mass surveillance, you’d likely encounter many blank stares.

Some would remember East Germany’s Stasi spy agency, or reference China’s extensive Internet censorship. But few would express fear that western democratic governments like the U.S., Britain, and Canada were engaged in the mass surveillance of law-abiding citizens.

That all changed in June 2013 when Edward Snowden, a contractor at the U.S. National Security Agency (NSA), blew the whistle on the spying activities of the NSA and its Five Eyes partners in Canada, Australia, New Zealand and the U.K. Since then, we’ve seen a long stream of revelations about how Canada’s Communications Security Establishment (CSE) is engaged in extensive spying on private online activities.

Behind the backs of their citizens, governments, including Canada’s, are building surveillance tools more powerful than anything humanity has seen before — systems that make those deployed by the Stasi and China look crude by comparison.

We learned that CSE spied on law-abiding Canadians using the free Wi-Fi at Pearson airport, and monitored their movements for weeks afterward. We learned that CSE is monitoring an astonishing 15 million file downloads a day, with Canadian Internet addresses among the targets.

Even emails Canadians send to the government or their local MP are monitored — up to 400,000 a day, according to CBC News. Just last week we discovered CSE targets widely-used mobile web browsers and app stores. Many of these activities are authorized not by a judge, but by secret ministerial directives like the ones Peter MacKay signed in 2011.

CSE is not the only part of the government engaged in mass surveillance. Late last year, the feds sought contractors to build a new monitoring system that will collect and analyze what Canadians say on Facebook and other social media sites. As a result, the fear of getting caught in the government’s dragnet surveillance is one more and more Canadians may soon face.

The issue of blanket surveillance came up again and again in the crowdsourcing work our organization did for the pro-privacy action plan we launched last week.

When we presented participants with a choice of privacy priorities, “end blanket surveillance of law-abiding people” came a very close second. And there was overwhelming support for reining in specific surveillance activities:

These findings are echoed by independent studies, including a 2014 survey by the federal privacy commissioner that found 77 per cent of Canadians are concerned about security agencies collecting their information for surveillance purposes.

Many are asking whether anything can be done to rein in the almost unimaginable surveillance powers revealed by Edward Snowden. Our research and consultation with privacy experts found there are a number of practical steps our government can take to end surveillance abuses and better protect the privacy of Canadians. We can:

The need for action is clear. Behind the backs of their citizens, governments, including Canada’s, are building surveillance tools more powerful than anything humanity has seen before — systems that make those deployed by the Stasi and China look crude by comparison.

Even emails Canadians send to the government or their local MP are monitored — up to 400,000 a day, according to CBC News

There is now a real risk that the Internet, the greatest tool for connectivity that humankind has ever built, could instead become a tool for governments to spy on everybody — with potentially devastating consequences for democracy.

In other countries, the tide appears to be turning in this debate. In the U.S., it looks like aspects of NSA surveillance are about to be rolled back for the first time in over a decade. It’s time for Canada to catch up.

Readers can learn more about these and other steps to end mass surveillance by checking out our action plan at PrivacyPlan.ca and by sending it to decision-makers.

Re-published with permission from The Tyee.

David Christopher is the communications manager of OpenMedia, where he frequently blogs. 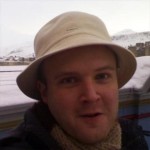 Why Do We Keep Missing The Terrorists?