Recently, our friends at the CBC uncovered a story that has been getting a lot of press. The Canada Border Services Agency (CBSA) allowed a small group of Hindu priests coming through Toronto’s Pearson airport to avoid screening by female border guards to comply with their religious beliefs.

As expected, outrage ensued. One female officer, on the promise of anonymity, spoke with the CBC and blew the story wide open. The officer wanted to remain anonymous because she feared the repercussions of speaking out.

First and foremost, I want to applaud the officer for being brave enough to speak out. That’s clearly important. We can’t sit idly by while issues and injustices like this occur.  We must have the courage of our convictions to speak out, even if we have to do it from the shadows. That she and her colleagues feared for their jobs is another matter entirely and the CBSA should be more concerned with that. To the officer, I salute you.

There is no recognized religion in the world that discriminates based on ethnicity or race.

That, however, is where the clarity on this matter ends. Many people may find it surprising that this isn’t clear cut. But it really isn’t.

Let me be clear from the outset that I have never agreed with, nor will I ever agree with the attitude that women are somehow ‘less than’ and should not be treated as anything other than equal. That’s a tenet of Canadian society that I, for one, am very proud of.

The five male Hindu Priests (called sādhus) in question, however, do not share my belief.  Calling these men ‘priests’ is a bit simplistic.  The sādhu have committed their lives to achieving mokṣa (liberation), the fourth and final aśrama (stage of life), through meditation and contemplation of brahman.  One of the fundamentals of the sādhus is that they are not permitted to have direct interaction with women.

This is where the line becomes a bit blurry: where do we draw the line on accommodation?  Whose rights are more important? Here’s a few things to consider:

The “what’s next” argument has been made.  Quoting the officer who came forward: “People are saying ‘What is next? If white supremacists come through, do we move all non-white officers from the line?'”

That argument doesn’t hold water.  This is not a conversation about personal beliefs.  What this conversation is about is accommodating someone for strongly held religious beliefs, not personal ones. There is no recognized religion in the world that discriminates based on ethnicity or race. There are people that discriminate against other people based on ethnicity and race (among a long list of other things), and may do it in the name of religion. However, if you check the fine print, that’s a personal belief, not a belief held by their religion.  White supremacists aren’t religious figures – they’re … [unprintable].

The real problem here is simple: CBSA screwed up. CBSA management, in attempting to deal with the situation, made a mess of it.  Here’s how they could have dealt with the situation and everyone would have been happy (or at least as happy as anyone dealing with this situation could be):

CBSA screwed up. CBSA management, in attempting to deal with the situation, made a mess of it.

If Canada is going to open its doors to the world, we have to accept and expect that some visitors are going to have different belief systems.  The challenge is how we deal with them – in a manner that shows value and respect for everyone.

Michael is the founder and CEO of the Canadian Institute of Diversity and Inclusion (CIDI). He is nationally and internationally recognized as a thought leader and subject matter expert in the fields of diversity, inclusion and employment equity.

Prior to taking on this role, he was the national director of Diversity, Equity and Inclusion for KPMG in Canada. 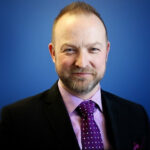