As Vancouver mayor, Colleen Hardwick would make housing more attainable by ending the practice of rezoning air above the ground which tends to inflate land prices. This, she promised, at a pre-election town hall encouraging democratic engagement among new Canadians.

Hardwick was elected councillor in 2018 and is running for mayor because she doesn’t want to be the last generation in her family who can afford to live in Vancouver, she told a crowd of some 150 people at a town hall, co-hosted by the Centre for Israel and Jewish Affairs and the multicultural non-profit settlement agency, S.U.C.C.E.S.S.

“We must get land inflation under control, or we will never address affordability,” said Hardwick of TEAM For a Liveable Vancouver. “It all starts with the land.”

Answering pre-selected questions of importance to new Canadians ⁠— the top issue being housing affordability ⁠— Hardwick also promised to cut red tape. She would speed up the processes for new housing, municipal levers that add between 20 to 30 per cent to the cost of every new home unit in Canada, according to the C.D. Howe Institute.

Ken Sim, of A Better City, also promised to increase housing supply by reducing red tape and accelerating the permitting process. “The quicker we get property built, the quicker we solve this issue.”

He offered a two-part solution to the crippling housing shortage facing Vancouver. The second part would be improving the quality of social housing.

“How bad do these units have to be that people want to live in tents on Hastings Street,” Sim asked. “We will focus on the quality of housing on the social side.”

Sim and Hardwick were joined by incumbent candidate Kennedy Stewart of Forward Together, Mark Marissen of Progressive Vancouver and Fred Harding of Non-Partisan Association.

Other topics included community safety, fighting the alarming rise in racism and hate crimes,  and access to culturally-appropriate services, including transportation and accessibility.

“We felt it is so important to look at the topics and present questions to the mayoral candidates in Vancouver so that they would really be able to address those issues that we have and are very concerning under those different topics,” said Queenie Choo, chief executive officer of S.U.C.C.E.S.S., one of the largest non-profit social service organizations in Canada.

The Sept. 7 town hall was the 10th year that the multicultural non-profit has co-hosted the event with the Centre for Israel and Jewish Affairs, she said. The purpose is to promote democratic engagement for everyone, especially those with language and cultural barriers.

Choo leads innovative programs in the areas of newcomer settlement, English-language training, employment and entrepreneurship, family, youth, community development, affordable housing, and seniors’ care. “It’s not just a check mark,” explains Choo. “To truly serve those people living in the municipal area, as you know Vancouver is so diverse, and we needed to (be) reflective of what is culturally appropriate for different ethnic communities, the needs and wants and reaching out to everyone so no one is left behind.”

This year’s slate of candidates running for council are far more reflective of the city’s demographics than previous municipal races.

Hardwick’s team has an equal number of men and women and is made up of a rainbow of candidates. She asked them to all stand up to show that “diversity is in our DNA,” when asked about how she has addressed diversity and inclusion. “We practise what we preach.”

Sim, considered to be a front runner, is the son of Chinese immigrants and has strong ties to his Asian heritage. Harding described himself as a Jewish immigrant from the U.K. who was raised Catholic and is married to a woman from China.

Despite the changing demographics, municipal representation has been slow to reflect this. In Vancouver’s 132-year history as an incorporated city, all 39 mayors have been white men, including the last mayor, incumbent Stewart.

Why is it important for council to reflect the demographics of the people it serves?

Language barriers continue to be one of the greatest obstacles to accessing municipal services, she said. Her organization has identified at least 50 languages spoken by Vancouverites. She wants to see services translated into as many of these languages as possible.

Choo pointed to last year’s heat wave as an example of the city’s failure to promote and communicate municipal services in a culturally appropriate way.

“Many of those non-English speaking seniors, maybe they didn’t know what it means accessing the cooling hall or the cooling station, where it’s a public safety issue, these public amenities (were there) for them. Those are services that the municipal government needs to be aware of, even if (a citizen) can’t speak English.”

The B.C. municipal elections are on Oct. 15th. 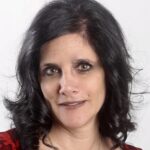