Tactically, Prime Minister Justin Trudeau is at a disadvantage in the current political battle over whether he’s flip-flopping on the efficacy of bombing Islamic State strongholds in Syria and Iraq.

Of course he’s flip-flopping. He’s done the strategizing, however, and has decided to hunker down and endure the sniper fire from New Democrats on his left flank and Conservatives on the right when the House resumes sitting next week.

What else could he do? Trudeau cannot logically explain away the fact that RCAF warplanes will continue bombing for at least another two weeks. We all know he promised something else during the election campaign three months ago. He promised to halt the bombing mission — and we expected that to happen well before now.

Nor is there an easy way to square those campaign promises with Trudeau’s new pledge Monday to provide midair refuelling service for the warplanes of other countries that continue dropping bombs.

So Trudeau will take the political hits, figuring that he’s got the broader strategy nailed. And this strategy, he hopes, will win the hearts and minds of Canadian voters by the time the next election rolls around.

This is a fairly easy package for the Liberals to sell to Canadians.

Ottawa will spend $840 million over three years to provide food, medicine and other humanitarian assistance to refugees running for their lives in Syria and Iraq. Canada will provide an additional $270 million over three years to help Jordan and other frontline states build the infrastructure they’ll need to deal with a continuing flood of refugees.

The Canadian Armed Forces will substantially increase training programs for Iraqi soldiers to fight ISIS on the ground. Training programs will continue for another two years at least.

This is a fairly easy package for the Liberals to sell to Canadians. We all want to help refugees. And most of us think the Iraqis will have to win back their own territory with their own soldiers.

Trudeau’s strategy also runs a big risk. Canadians will be training ethnic Kurdish fighters in northern Iraq who have a political agenda all their own. Yes, they want to rub out ISIS — but they also want to establish an independent Kurdish state. The Iraqi government in Baghdad — a government that Ottawa says it supports — doesn’t like the idea of partitioning its territory.

Our NATO allies in Turkey also have concerns about the Kurds. Turkey has a substantial Kurdish population of its own along the border with Iraq. A Kurdish separatist revolt against Baghdad in Iraq could quickly explode into a Kurdish rebellion against Ankara.

There would be hell to pay within NATO if Kurdish troops, trained and armed by Canada, started attacking the Turkish army. Trudeau didn’t address this question in his announcement Monday.

NATO countries don’t criticize each other in public very often. They quietly clench their teeth when there’s disagreement.

The prime minister was much happier to tell everyone about the thumbs-up he says other NATO allies are giving Canada’s new anti-ISIS program. He said he has been working the phones with Barack Obama in Washington, Angela Merkel in Berlin, David Cameron in London and François Hollande in Paris, and they’re all okay with his plan.

But you didn’t have to take Trudeau’s word for it. On cue, spokesmen at the White House and the Pentagon piped up and said they think Canada’s new contribution is just swell. (It’s not just the leaders who consult among themselves. So do their spin doctors.)

But honestly — what else would would the allies say? NATO countries don’t criticize each other in public very often. They quietly clench their teeth when there’s disagreement. Which is why Jean Chrétien took very little flak from the George W. Bush administration when he politely declined to sign on with the disastrous U.S. invasion of Iraq in 2003.

And Brian Mulroney stayed best buddies with Ronald Reagan when his Tory government said ‘no thanks’ to Canadian participation in the Pentagon’s hare-brained Star Wars program.

But here’s the other part of the deal: Canadian leaders pull their punches, too. They didn’t tell the allies the Iraq invasion would become a disaster, or that Star Wars is just a Hollywood sci-fi fairy tale.

So Trudeau will bite his tongue and utter not a word the next time a U.S. bomb goes astray and kills a bunch of innocent civilians in Syria or Iraq. And Trudeau has no intention of badmouthing Washington over the fact the Americans simply aren’t doing their share to resettle refugees in the United States.

Between allies, mum’s the word — always. 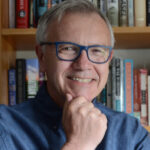