Within the animal kingdom, there are few images more compellingly grotesque than the Rat King. A cluster of vermin that has been fused together through blood, dirt, and excrement, the Rat King is a harbinger of disease and an omen of pestilence.

While the Vancouver School Board’s new policy with regards to students who identify as transgender and non-gender conforming started out as a set of guidelines to ameliorate the development of children who don’t see themselves fitting into the boy-girl paradigm, it’s since the knotted together the city’s ugliest problems: transphobia, anti-Chinese racism, the retrograde values of some immigrant communities, and real estate-related avarice. The controversy has formed the Rat King of Vancouver’s social ills.

Let’s start at the top: in the spring, the Vancouver School Board set out to update its policy to support LGBTQ (Lesbian, Gay, Bisexual, Transgender, Queer) students, which was established in 2004. The proposed update allows students to be called by a name of their self-identified gender (and to be referred to by the pronoun of their choice). Students will also have access to gender-neutral, handicap-accessible washrooms. On a case-by-case basis, they will be allowed to play on the sports team and use the washrooms of the gender they associate themselves with. Advocates of this policy argue that the elevated risk of suicide and self-harm among trans youth is reason enough to enhance their support.

In May, the policy was met with concerted opposition from a group led by Cheryl Chang, the president of Lord Byng Secondary’s Parents Action Committee (PAC). Chang argued that the policy required input from medical professionals. She also took issue with the policy that allows students, especially those in primary-school age, to confide with their teachers without the knowledge or consent of their parents. At a widely attended and contentious PAC meeting, Byng parents voted for Chang to withdraw her letter and write a letter of apology to the VSB.

The debate didn’t stop there; it changed focus and reeled in other populations and biases. Earlier in June, two school trustees, Ken Denike and Sophia Woo, organized a press conference at a Chinese restaurant, protesting the policy. The city’s ethnic Chinese population was not properly informed about the policy change and thus unable to mobilize and voice their opposition.

Furthermore, Denike suggested that, based on conversations from unnamed realtors, the city’s international enrollments in Vancouver schools and property values might decline as a result of the decision. This suggestion is especially explosive given the fact that links between the city’s spiking real-estate prices and Chinese immigration have been deemed racist. Only when the beliefs of some Chinese are threatened, the spectre of property values is invoked.

Only when the beliefs of some Chinese are threatened, the spectre of property values is invoked.

For Vancouver Chinese, Denike and Woo’s press conference raised a troubling question: Is the Chinese population transphobic or inherently conservative on social issues?

The problem with this question is that among the 400,000 people of Chinese ancestry are fourth-generation Chinese-Canadians, Cantonese-speaking Hong Kong immigrants who arrived in the 1990s, and more recent arrivals from Taiwan and Mainland China.

Like any diverse population, some Chinese Vancouverites support the VSB policy, some oppose it. To counteract media-generated perceptions, the Georgia Straight even ran an article listing prominent Asian Vancouverites who are gay and trans-friendly (and noted that Chang, while using the Asian surname of her husband, is of European descent). Saying that there is Chinese opposition to LGBTQ+ policy is about as inaccurate and over-generalizing as a newspaper headline that reads, “Ethnic Anglo-Saxon groups are in favour of the Vancouver School Board’s new policy on transgender students.”

In the past decade, the clashes between Vancouver’s Chinese population (again, some parts of it) and non-Chinese have shown how cultural insensitivity and political incorrectness can flow in two directions.

In 2011, a group of Vancouver condo owners complained when a hospice was planned near their newly built development at the University of British Columbia. They claimed that a culturally imbued fear of ghosts made the hospice’s location undesirable.

Their fears were laughed off as the superstitions of a privileged class of foreigners. As a Hong Kong-born Chinese raised in Canada, I remember laughing myself, but my own mother presents these same concerns when I recently considered moving into the area near Mountain View Cemetery. And if, say, a non-Chinese couple refused to live in a house once they learned an axe-murder had been committed in it—another irrational, death-related fear—would they, too, be excoriated?

In recent years, picketers have protested shark-fin soup at Vancouver restaurants. While these campaigners’ environmental concerns are valid, their rhetoric is often inflammatory and vilifying. Their calls for outright bans, instead of reductions or substitutions, show their lack of appreciation for the central place that the dish has in Chinese banquet meals. It’s much easier to attack the odd delicacy of a minority group than it would be to protest a far more environmentally questionable food products like beef (a great producer of carbon) outside of an Earl’s Restaurant.

On the other side, ethnic Chinese who campaign against the customary dish are slurred as “bananas” (i.e. yellow on the outside, white on the inside).

In the case of VSB policy, the basis for Chinese opposition to the policy stems from the Evangelical Christian beliefs that some Chinese adhere to and the social norms of some new immigrants that originated from their less socially progressive homeland. (According to one academic, Dr. Justin Tse, the trans policy is more about parental rights than transphobia among the Chinese community.) Cultural mistranslation among newer Chinese-Canadians might also amplify the extent of the changes proposed by the school board.

Cultural mistranslation among newer Chinese-Canadians might also amplify the extent of the changes proposed by the school board.

Greater outreach among Chinese could balance the more conservative voices. One group seeking to this, the newly established Hua Foundation, founded by a group of 20-something Chinese-Canadians, seeks to make progressive politics a more culturally and ethnically inclusive place. Instead of shaming Chinese couples who serve shark fin soup at their wedding banquets, they’ve started a positive campaign, “Happy Hearts Love Sharks,” that offers a chance at a free honeymoon to couples who find alternatives on their menus.

On June 16th, the VSB voted seven to two in favour of implementing the new policy for the fall. (No students were affected because of the current labour dispute between the B.C. Teacher’s Union and the Ministry of Education that has given kids an early summer break.) School board Patti Bachus said she was proud to be on “the right side of history.”

Socially progressive people might argue this side of history includes those Canadians who supported the rights of Chinese-Canadians to vote in 1947 — a year that’s faraway but within my own parents’ lifetimes. Vancouver, in the 1940s, was an especially racist place. City by-laws, for instance, forbade Chinese restaurateurs from hiring white female staff. We’ve changed — but have we changed enough? In retrospect, 1947 feels too late for Chinese-Canadians to be given the vote. Decades in the future, 2014 might feel like too far in time for trans youth to be afforded protection.

As history writes itself again, this Rat King still has life.

Kevin Chong is the author of five books, including Northern Dancer: The Legendary Horse that Inspired a Nation, and teaches at the University of British Columbia. 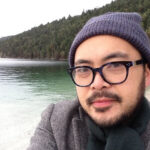