The Myth of the Anchor Baby - New Canadian Media

Having recently celebrated Citizenship week (Oct. 13-19), it is worth addressing a rather frequent topic of discussion concerning Canadian citizenship – the much maligned ‘anchor baby’.

In order to fully appreciate the anchor baby theory, it is necessary to understand the process for obtaining permanent residence for the ultimate beneficiaries of status – the parents.
Exactly how can parents become permanent residents by virtue of their children? Canada has a parental sponsorship program. In order for a person to sponsor their parents they must be at least 18 years of age.

Furthermore, they must meet a financial sponsorship threshold for themselves, their parents, and their Canadian family.

For the purposes of this examination, our sponsor will be single, so we will have a family of three for which the Low Income Cutoff (LICO) figure is $34,646.

Recent modifications to the program requires that for parental sponsorship, a sponsor must demonstrate income for the three years preceding the application which are 30% higher than the standard LICO figures, which totals $45,039.

In order to demonstrate a sponsor’s income, only official Canada Revenue Agency (CRA) documents (such as a Notice of Assessment) are acceptable documentary proof.

The current program opens up at the beginning of the calendar year when current CRA documents for the past calendar year are not yet available for several months which means that a person must have proof of income going back for an actual period of four years.

Assuming that our hardworking young sponsor was able to garner a relatively high paying job directly upon graduation from high school, the earliest that a person would be able to sponsor their parents is at the age of 22.

Realistically, it is more likely that a very motivated young anchor baby would be in their late twenties or early thirties before they would have financially established themselves sufficiently to be able to sponsor their parents for permanent residence.

Given the time frame of 25 – 30 years that is necessary for this theory to become reality, it simply isn’t a plausible basis for obtaining status in Canada.

Nor is it likely that hordes of foreigners will be coming to give birth in Canada with a view to obtaining permanent residence thirty years down the road.

The expression “anchor baby” sounds great in a media sound byte but doesn’t hold up to scrutiny upon detailed examination of what is actually entailed in what the term represents.

Canadian citizenship is indeed a precious commodity worthy of celebration each year.  The entitlement to Canadian citizenship by birth is a longstanding one and shouldn’t be eliminated on the basis of such an absurd theory as that of the ‘anchor baby’!

Catherine Sas, Q.C. is a Partner in the Immigration group. With over 20 years of experience, she provides a full range of immigration services and is a leading immigration practitioner  (Lexpert, Who’s Who Legal, Best Lawyers in Canada). Visit www.canadian-visa-lawyer.com or email csas@millerthomson.com. 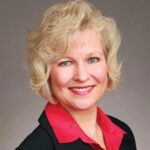