The Immigration Identity Crisis: Too Ethnic or Not Ethnic Enough? - New Canadian Media

For Canadians, a quintessential component of our identity is rooted in multiculturalism. Canada is called “a country of immigrants” with regularity. But what does it mean to be an immigrant in Canada? And how does one’s understanding of that relate to cultural identity?

Since 2012, New Canadian Media has prided itself as “the pulse of immigrant Canada.” Back in January 2020, a few members of the NCM Collective met to discuss some upcoming initiatives, including a potential change to our tagline. The other proposed tagline was “an immigrant’s perspective on current affairs.” We asked ourselves: which is a more accurate representation of the Collective and the stories we publish?

The NCM Collective has over 100 members, representing 43 national origins and 20 languages. Some members are immigrant journalists and writers, while others are Canadian-born and generations removed from their ancestors’ birthplace. I reached out to a couple of fellow Collective members to get their perspectives on Canadian identity and the two slogans.

Deanna Cheng is one of the Collective members in favour of the new proposed tagline. Cheng is a Vancouver, B.C.-based freelance journalist who’s been with New Canadian Media since 2015. Cheng said she didn’t feel like she fits with other Collective members because her parents are immigrants, but she was born in Alberta. Explaining her identity to people when she was growing up was complicated.

“I do tell people my ethnicity is Canadian, but they look at me and ask, ‘No. Where are your parents from?’ That’s when I tell them my parents are from China. Saying I am Chinese-Canadian shuts down any further questions about my background. Chinese describes my face, but Canadian is my ‘true’ ethnicity,” she explained.

“When I was younger, I would get very frustrated because I just identified as Canadian.”

“For a while, I just pushed away everything that I was. I didn’t bother speaking Chinese, I just felt embarrassed,” she recalled.

Chinese culture and traditions were preserved by Cheng’s mother and grandparents, and they influenced her upbringing. However, she said there was a disconnect between her life and what her parents experienced growing up in their villages.

“That is part of my history. That’s (also) my parents’, but I don’t know what it’s like out there. I’ve never been back there,” she explained.

Don Curry is a member of the Collective who often writes about immigration and jobs. Curry is a fifth-generation Canadian living in North Bay, Ont. His mother was a war bride from England, and he has Irish ancestry.

“My ancestry is English and Irish, but I don’t consider myself English or Irish. I am Canadian, and there is nothing wrong with that. The further you are removed from your country of origin the more, I think, people will feel that way,” said Curry, a member of the Collective.

Ayse Acar is an author and journalist living in Vancouver, B.C. who moved to Canada from Turkey with her two children in 2017. The English translation of her 2019 book is “Not Canadian Enough.” According to Acar, even if she becomes a Canadian citizen, she wouldn’t consider herself wholly Canadian.

“No one can consider themselves from another nation after immigrating to another country at the age of 43. I am Turkish and a proud permanent resident of Canada,” she explained. “In the first months, it was very hard for me to get used to the culture. I adjusted but still don’t feel I belong here. Maybe I need more time. But my children who immigrated at the age of 12 already call themselves Turkish-Canadians.”

For Acar, ethnicity isn’t about where you were born or where you live – it’s about the culture and traditions you participate in. In Vancouver, being outdoorsy means riding a biking or mountain climbing, but in Turkey, being outdoorsy means going to museums and wining-and-dining, she said. She describes herself as “fast” and “lively,” so she had to adjust to Canada’s slower pace.

“I thought of myself as a wild horse who is being tamed in Canada,” she said.

A country of immigrants

In 2020, more than one-fifth of the Canadian population is born outside of the country.

To Acar, the idea of Canadians not identifying with their ethnic background after a couple generations in Canada is unimaginable. She said she believes that the best approach is to blend cultures together and learn from each other, like her children do at their multi-ethnic school.

“That’s the richness and beauty of being Canadian — so many cultures under one nationality,” Acar said.

According to Curry, what makes Canada unique is that everyone, except Indigenous peoples, are immigrants.

“The only difference is when you arrived. Canadian culture has been difficult to define, largely because we are a mosaic, rather than the U.S.’ claim to being a melting pot. Canadian identity in Brampton, Ont. is very different from North Bay,” he said.

Cheng believes that the key for second-generation immigrants to embrace their heritage is customization. It’s important for families to not be too rigid in their practice or understanding of their culture. 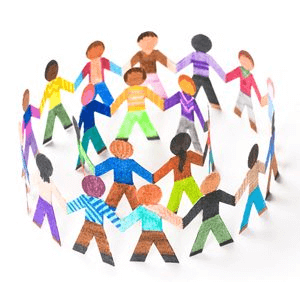 “Because they [parents and grandparents] are holding on so tightly [to their practice and culture], [it] doesn’t have time to evolve. And to change any part of it is blasphemy to your family members.”

Acar thinks that in order for second- and third-generation immigrants to have a holistic understanding of themselves, they should embrace different aspects of their cultural identity.

“Every human being grows from [learning about] their origin, roots, and culture. For Canadian-born immigrants, they might think that their origin is Canada, I get it. But they would be much richer to learn their grandparents’ origin,” she said. “My grandchildren will be Canadians, but I want them to know their grandmother used to drink Raki (a Turkish drink), and dance on tables in the restaurants, which is a totally normal thing to do [in Turkey].”

Looking to the future

Cheng said she is undecided about what she’ll hang on to teach her kids, but she remains open to suggestions and wants to create her own customs.

“I wouldn’t be so rigid, I wouldn’t hold on to it. Like, this is the way it’s supposed to be done, well, we don’t have to do this, I’m going to substitute with this. As long as you understand where it’s coming from.”

When teaching cultural traditions to the next generation or coexisting in a multi-ethnic society, Cheng believes that compassion and openness are necessary.

“You have to be open and compassionate to each other because you don’t know where they’re coming from.”