After years of processing times and submitting hundreds of documents for multiple applications, the Canadian citizenship test is the light at the end of the tunnel for many newcomers.

For some, memorization of random facts is the ultimate goal. But if one looks at the study guide provided by Immigration and Citizenship Canada, through a more critical lens, there’s a troubling reality that, to date, has largely gone unsaid: the materials designed to ‘welcome’ new Canadians is wholeheartedly patronizing.

Within its first few pages, the study guide explains that: “Canada’s openness and generosity do not extend to barbaric cultural practices that tolerate spousal abuse, “honour killings,” female genital mutilation, forced marriage or other gender-based violence. Those guilty of these crimes are severely punished under Canada’s criminal laws.”

This phrasing is reminiscent of the Islamophobia of Stephen Harper’s Conservative government, whose references to people practicing “barbaric cultures” was code for Muslims. The inclusion of this passage in a document meant to help newcomers ‘discover’ Canada is glaringly condescending and assumes that immigrants studying for the test are inclined to commit these acts.

Flipping ahead a few pages, the guide also states that: “Some Canadians immigrate from places where they have experienced warfare or conflict. Such experiences do not justify bringing to Canada violent, extreme or hateful prejudices.”

The inclusion of such a self-evident statement is equal parts patronizing and accusatory towards newcomers. This passage assumes that newcomers are inclined towards violence and somehow wish to emulate the conflicts that may have led them to leave their country of origin.

Warning newcomers against bringing violence to Canada is condescending and hypocritical on the part of the Canadian government. One need not dig too deeply to reveal the fact that Canada’s colonial foundations were established by Europeans who committed innumerable genocidal acts against Indigenous peoples.

It’s Canada’s dark and dirty secret that many of these violent colonial policies remain ongoing, as exemplified by the RCMP’s invasion of unceded Unist’ot’en territory in February. The violence of the Canadian state is further carried out by police units who disproportionately target and kill Black people in Canada.

In another section, the study guide states that: “In becoming Canadian, newcomers are expected to embrace democratic principles such as the rule of law.”

This sentence assumes that newcomers are uncivilized and unfamiliar with democracy. It evokes historically racist narratives that European cultures are more advanced and civilized than non-white cultures and societies.

The difficulty of the test questions also excessively challenge and patronize newcomers, to the extent that 9 out of 10 Canadians would fail the current test. After years of working and studying in Canada and adapting to Canadian communities, newcomers are required to demonstrate more knowledge of Canada than Canadians.

That’s a reality that is all-too-familiar to many new Canadians, including Feisha Zhu, an accountant from Toronto, who took the test nearly seven years ago.

“At the time I was an English as a Second Language (ESL) student,” she recalls. “I was the only one in my family to take the test. For my parents it was impossible because it (was) too hard.”

In addition to the need to be proficient in English or French, Zhu said that the citizenship didn’t ask the questions she felt were important.

“After the test I forgot almost all the information because it is too detailed,” she said. “There are some names, names of political parties and stuff like that which were not in the booklet. Not everything is in the booklet like it is for the driving license test.”

Specifically, Zhu said the sections that outline Canada’s government and legal structures, are too complex for those just learning to speak English or French.

“The language is not that easy to understand, so maybe they can change it to make it easier to understand and more straightforward,” she said. “That would be helpful.”

Sid, whose name has been altered to protect their privacy, is a student in the Greater Toronto Area, who took the test in 2016. In retrospect, they said much of the information they studied in preparation for the test has been irrelevant.

“I don’t (use) any of it,” Sid said in an interview. “I honestly can’t remember any of the information and I don’t feel like I use it on a daily basis.”

Sid also supported Zhu’s view that efforts to simplify the language used in testing need to be taken seriously. In fact, Sid said the government should consider doing away with the tests altogether.

“English is my first language, but if you’re a second-language English speaker the way they phrase the questions can be difficult to understand. It should be more generalized information. If for some reason they have to ask us these questions, and I don’t really understand why, they should do it in a teaching format rather than a test format.”

Citizenship is more than an exercise in memorization

I was lucky to take the test a few weeks before emergency measures took place due to the pandemic, as citizenship tests have currently been postponed due to COVID-19, further prolonging the process for immigrants and refugees.

The glaringly evident statements in the study guide are followed by equally challenging questions on the test. Despite graduating from a Canadian high school and a post-secondary degree from a Canadian university, I failed several practice tests because I wasn’t able to memorize answers.

During the citizenship ceremony following my testing date, I watched a recording of Justin Trudeau welcoming us as citizens, yet the memory of the patronizing test I had just passed negated his warm welcome. 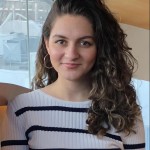 Ayse Koca is a political science graduate from York University. Her writing examines structural forms of social and political inequality in Canada.